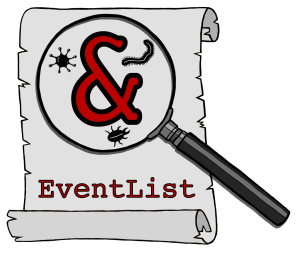 EventList is a tool to help improving your Audit capabilities and to help to build your Security Operation Center.

It helps you combining Microsoft Security Baselines with MITRE ATT&CK and generating hunting queries for your SIEM system - regardless of the product used.

Once the module is installed, you can open EventList by calling Open-EventListGUI in powershell.exe as an administrator. The EventList GUI opens.

Important: Do not use powershell_ise.exe to open the GUI, otherwise the resolution might not be at optimum.

There are already some baselines pre-populated in the database.

You can choose a baseline from the drop down menu top left. Once a baseline is chosen, the MITRE ATT&CK checkboxes are being populated. Like this, you can easily check which MITRE ATT&CK techniques and areas are being covered by this particular baseline.

Nevertheless, if there are baselines missing, you can import them by using the “Import Baseline(s)” button. Choose the folder where your baseline(s) is/are located to import them. Imports baselines recursively.

Baselines which were already imported into the database won’t be overwritten.

YAML files are needed when it comes to importing and processing Sigma queries.

You can either import new YAML configuration files or delete them.

This option will delete all YAML configurations, that are stored in the EventList database.

Prerequisites: Sigma needs to be installed on the client, on which EventList is being used.

To integrate the Sigma framework into EventList, you can use “Configure EventList” to set the path to the Sigma installation.

To configure it successfully, choose the path where sigmac is located (tools/sigmac). If sigmac is not present, the configuration will be discarded.

This function provides you with an option to generate a list of the events, that are being generated when either - Applying a certain baseline - Selecting several MITRE ATT&CK techniques/areas

If you check the “generate .csv” checkbox, you can choose an output folder, where your generated file will be located. A .csv Version of the list is being generated.

As you might not want to forward all your generated Event Ids, you can use the “Generate Agent Configuration” to create a configuration snippet that you can just pipe into your agent configuration.

If you want to convert all events, that are being generated for the checked MITRE ATT&CK areas & techniques, into a GPO, use the button “Generate GPOs”.

Hint: if you select an already imported baseline to convert it into a GPO again, there’s a high chance that a different GPO will be generated than the imported. The reason behind that is, that not all events are matched to the MITRE ATT&CK framework, that are being generated by a baseline.

There are several options to create such a query.

If you want to use Sigma to convert your query into your preferred query language, you can use the option “Please generate SIGMA queries for”.

A drop down is available to choose from all supported SIEM/Hunting systems:

If Sigma is installed and configured for EventList, EventList will automatically use Sigma to parse the queries into the SIEM language of your choice.

Three files will be generated in your output folder:

There will be also a folder generated which is called “yaml”. In this folder you will find all yaml files, according to the generated queries.

Converting queries in the backend

If you have a Sigma backend, there’s also the option to generate the commands to convert the particular yaml files. They are still being sorted by using the MITRE ATT&CK matrix.

If Sigma is not configured (via Configure EventList), this option will be used as default.

Two files are being generated:

There will be also a folder generated which is called “yaml”. In this folder you will find all yaml files, according to the generated queries.

If you don’t want to use Sigma at all, there’s still an option to only generate a YAML markdown file: It is still ordered by the MITRE ATT&CK areas & techniques, but it’s still only the YAML configuration in there. Use it as a hint which events to use for your hunting queries.