bringing dictionary to the 21 century.

In 2000-2001 there was a Windows/x86 only English to Armenian dictionary program which contained ~26000 translations.

This is how it looked if running under wine: 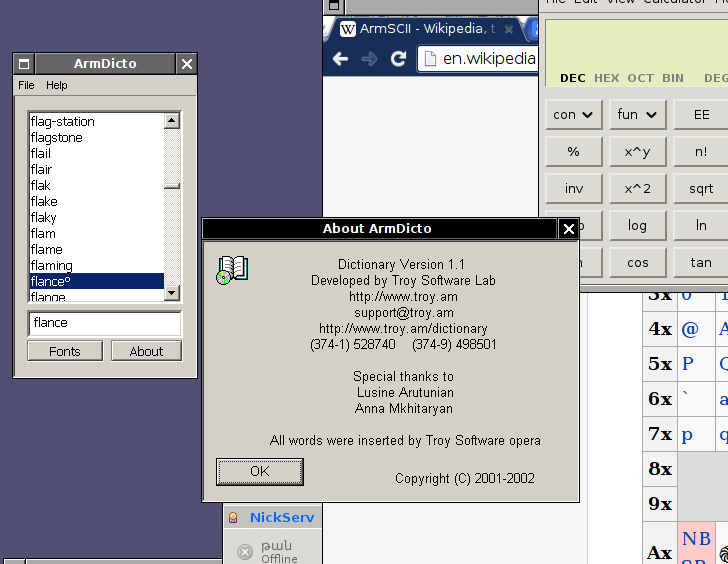 However wine is not the best way to run it. We need it on ARM, on other platforms than Wintel. Therefore we need it with words database separated from the program in order to be able to search for those words in other programs. Thus now, after figuring out how the database works and fixing database bugs (yep, I found some) we can use the dictionary on any platform and almost any os.

Screenshot of stardict on Linux: 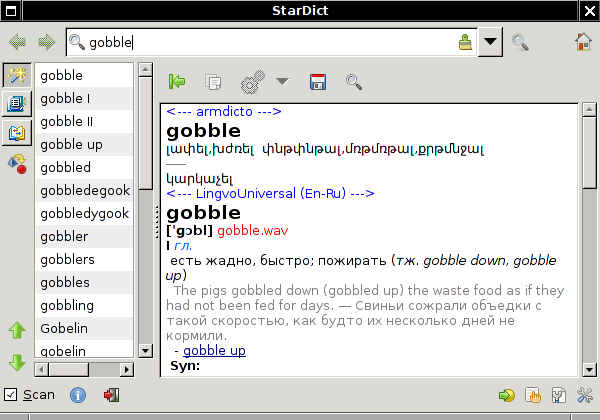 Screenshot of sidudict under Sailfish: 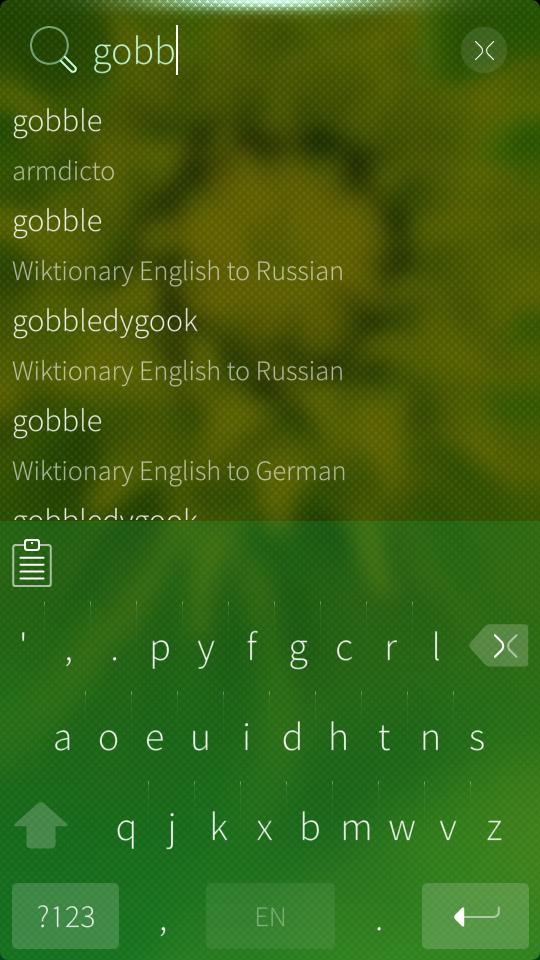 some info about this work in Armenian here - with screenshots and explanations.

I would like to repeat thanks to unknown to me, or known only from this screenshot Lusine Harutiunian and Anna Mkhitarian. I guess they have compiled the dictionary initially.

This is how dictionary looks on my Jolla Sailfish device.

Ready to use dictionaries produced with this hack are available here

in order to get stardict_tabfile on Gentoo like systems one needs to emerge stardict with "tools" USE flag set.

in order to use produced dictionary with stardict issue

if there's no such directory, then create it.

in order to use these files with other dictionary software you need to copy them to corresponding directories. for example, for Sidudict under SailfishOS it's

there is also software for android which you can use these dictionary files with.