The main project documentation has been moved to the Wiki.
A summary of the main aspects can be found below.
The hardware design is licenced using the CERN Open Hardware License and the open source software is provided under the terms of the BSD licence.

More info in the Wiki.

Tiny amounts of electrical charge are generated in repurposed photodiodes by impinging particles. The charges form currents which are amplified and converted into voltage pulses that are compatible with audio/microphone signal inputs. The size of the pulse is proportional to the energy deposited by the ionising radiation. A reference calibration with sources of known energy spectra is provided. A superposition of several recorded pulse waveforms from electrons of beta decays (KCl salt sample, more info below) is shown on the right. This is the raw analog ouput signal of the detector. The energy spectrum on the right - derived from the size of signal pulses - was taken from an old ceramics pendant of the Majolika manufacture (Karlsruhe/Germany) - without vacuum pump, in normal ambient air!

The characteristic alpha energies of the uranium isotopes are about 1 MeV lower than the actual values due to internal absorption caused by the transparent surface coating on top of the orange uranium-based glaze. More detais on the energy calibration below and in the paper. More photos of finished builds from users around the world can be found in the picture gallery.
The open hardware design in this repository is relased under the terms of the CERN Open Hardware Licence V1.2. Usage guidelines and legal requirements for users of this license can be found here.

The same circuit board is used with two partially different sets of components in two assembly variants. For electronic beginners, starting with the electron-detector version is highly recommended over the alpha-spectrometer.

Both kinds of diodes, the BPW34 series in various plastic cases and the BPX61 with metal casing, have the same sensitive area (~7 mm^2). The physics of these sensors when used with ionizing radiation is explained in detail in the article corresponding to this repository. The section about figure 1 discusses why their efficiency for detecting gamma photons is quite low in general. Mircoscope image of the Osram BPX61 diode on the left, the green scale indicates 2 mm. The sensitive area of the silicon chip is 2.65 x 2.65 mm^2. A bond wire from the anode pin on the right connects the top of the silicon chip (this side is also marked with a notch in the metal case, lower right corner). For detecting alpha particles, the glass window of this diode must be removed.
Further instructions in the wiki.

Typical signals from the electron-detector (left/top) and alpha-spectrometer (right/bottom) on an oscilloscope: 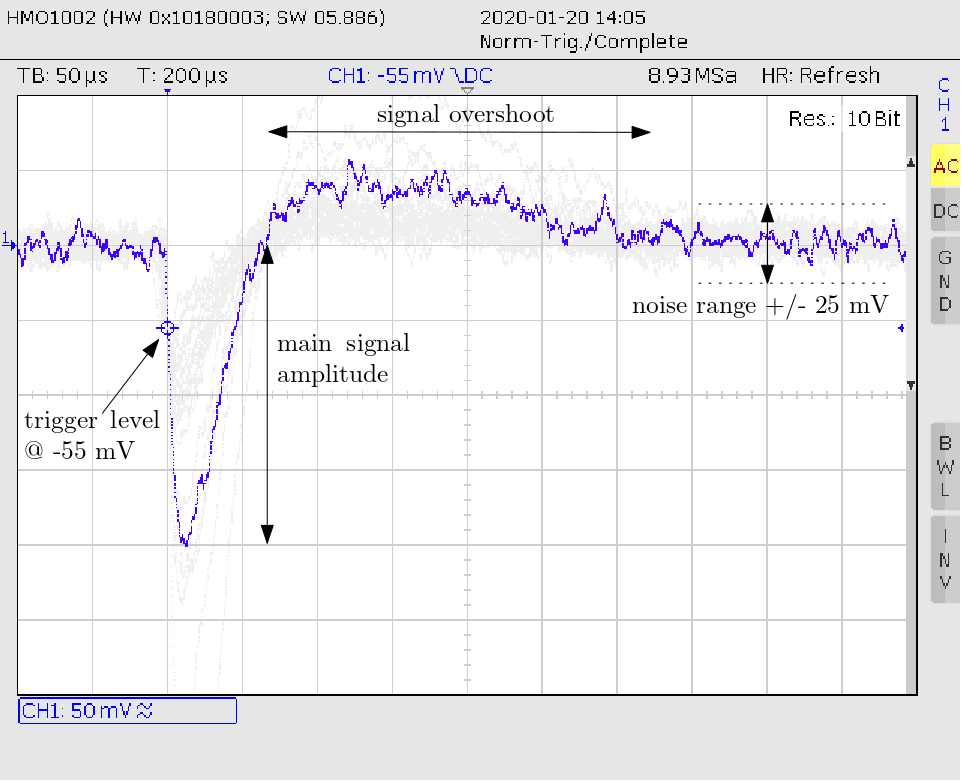 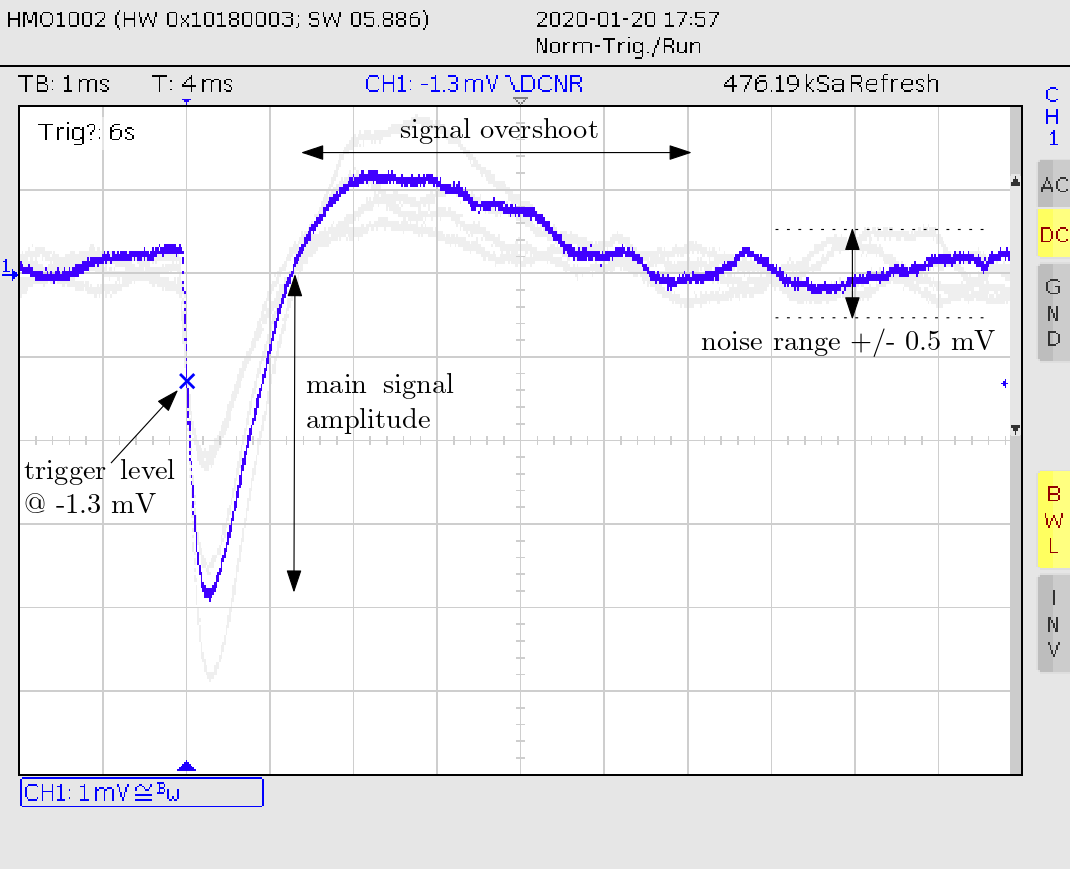 More details in the wiki.

The open source software in this repository is provided under the terms of the BSD Licence.

It consists of two parts (links to the wiki):

Several reference measurements have been taken and stored in data_analysis_and_reference_measurements/diode_detector/data. All have been recorded using the very low-cost CM108 USB soundcard, sampling the input signal @ 48 kHz and 16-bit resolution.
If this whole respository is cloned using git, the git LFS extension must be used to get as well the large data files (~ 1 GB). Alternatively, the data files can be downloaded from this Zenodo data archive.

These DIY particle detectors have been built by high school students (age 16 - 18), teachers, makers, and citizen science enthusiasts (age ~20 - 60) during several workshops. After a little introduction into the soldering of electronic components, the whole device can be built in less than two hours - including the modification of a candy tin box as its case.

Notes and announcements of future workshops can be found in the Wiki.

The Pixel Detector and Diode Characterisation sections have been moved to the wiki of this project. Both are related to the scientific article and represent supplementary material.