Payola is an HTML5 web application which lets you work with graph data in a completely new way. You can visualize Linked Data using several preinstalled plugins as graphs, tables, etc. This also means, that you no longer need Pubby to browse through a Linked Data storage (via its SPARQL endpoint). Moreover, you can create an analysis and run it against a set of SPARQL endpoints without deep knowledge of SPARQL language itself. Analysis results are processed and visualized using the embedded visualization plugins. 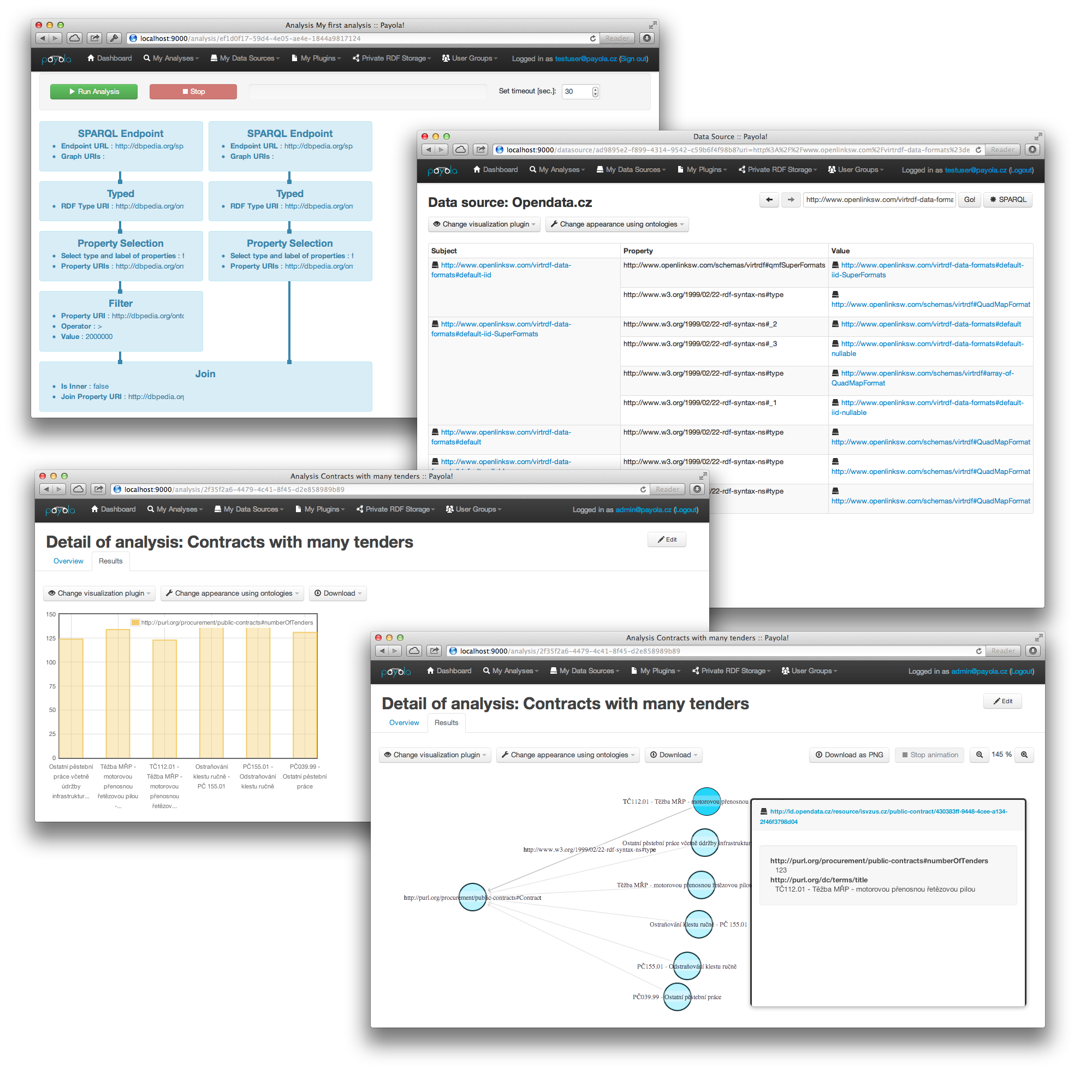 Ready to give it a try? See our sample visualizations

If you work with RDF data on a daily basis, yes, you should. Payola may help you simplify or automatize some tasks. Also the visualizations may be used when describing linked data to people who are not that familiar with them.

If you just work with RDF data - it will help you access your data sources, browse them, visualize them and analyze the data. We've tried to minimize the need to learn the SPARQL language to work with linked data.

What are the most common use cases?

Prerequisities of the Payola are installed and running local Virtuoso server and H2 database. The following text assumes, that both are installed with default settings. It's just a head start, for complete description of installation and configuration, see the Installation Guide.

First of all, clone the Payola git repository: git://github.com/siroky/Payola.git to a local folder. As the cloned repository contains just source code, it is necessary to compile Payola in order to run it. Open a command line (console, terminal) and make payola subdirectory the current working directory (e.g. by cd payola). Launch SBT (using the sbt.sh command or the sbt.bat on Windows) and enter the following commands:

Voilà! Your Payola server is running. The initializer project sets up your database to include an admin user (login admin@payola.cz, password payola!), a sample analysis and some data sources. You can, of course, remove those and create your own later.

Payola is built on top of other libraries and tools which we gratefully acknowledge: details of these libraries, their version numbers and licenses.