What this is about:

These file templates are meant to be used for the following app architecture setup:

Let's call each "screen" or "view" in the app a Scene. So if you have an app that has a list view, a detail view and a login view you have 3 Scenes.

Each Scene consists of the following elements: 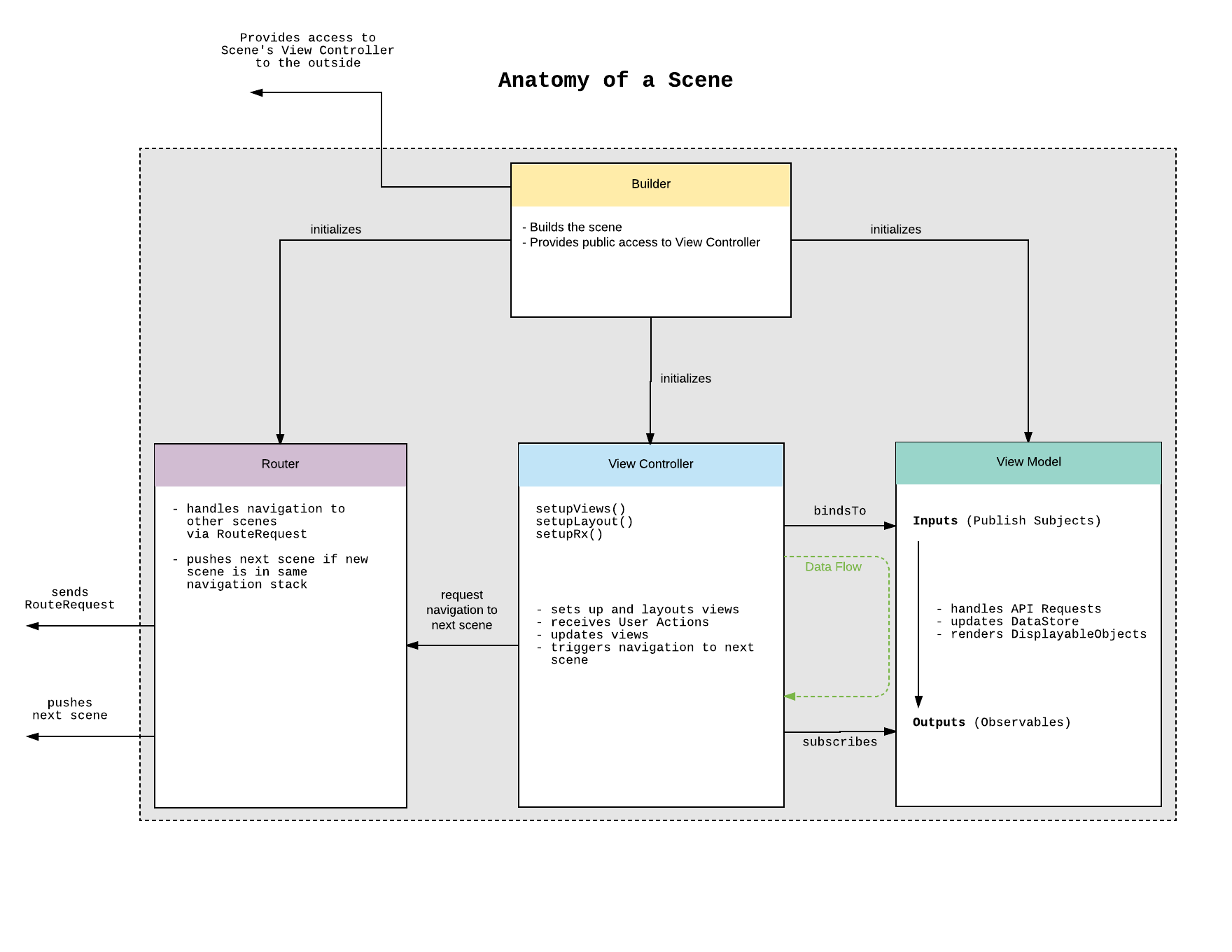 When you want to show a new scene you never initialize any of its components yourself. Always ask the Scene's Builder to provide the Scene's ViewController via its static viewController() method:

A simple example:
You have a CarListScene that shows a list of cars. When the user taps on a car in the list you want to navigate to a CarDetailsScene that shows the details of the selected car. To hand the carID to the Details Scene you inject it into the CarDetailsBuilder:

How to use the Xcode templates: