Emacs' ibuffer-mode is a wonderful replacement for the built-in list-buffer command, and allows buffers to be grouped programatically, e.g. by major mode.

That's where ibuffer-vc comes in: it lets you: 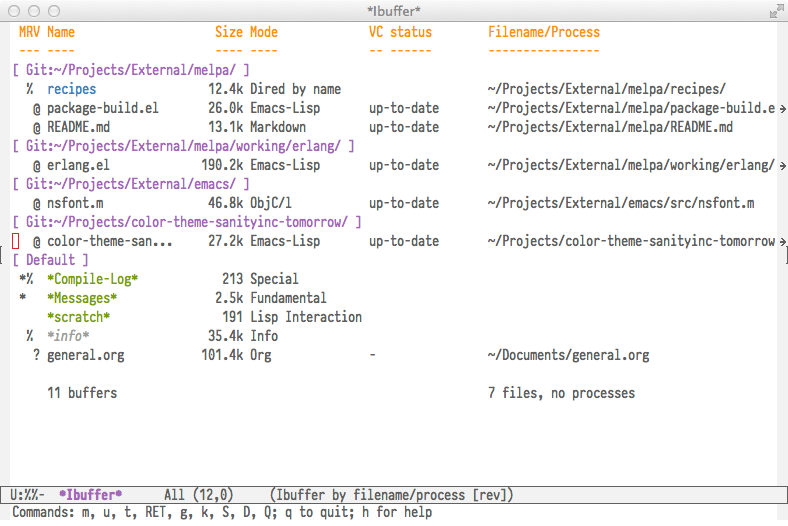 Support this project and my other Open Source work