Automatically downloads and sets the NASA picture of the day (APOD) as your desktop in Ubuntu.

The popular NASA Astronomy Picture of the Day produces wonderful images that make for a great desktop background. This script will download the NASA APOD and set it as your background in Ubuntu. 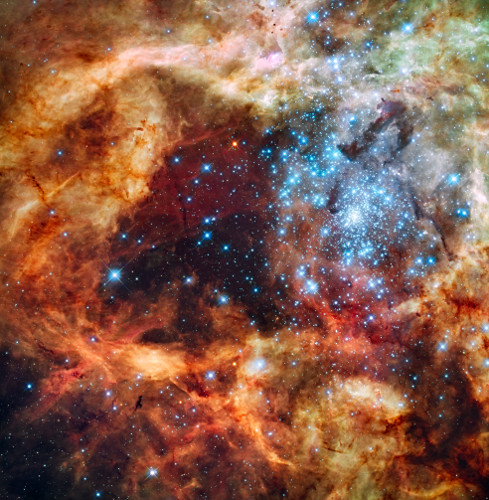 It's not very exciting to scroll through a single image, so it will attempt to download additional images (default: 10) to seed your list of images.

I really enjoyed the NASA background images that were easily available in Windows 7. I wanted to recreate the experience for Ubuntu as I don't use Windows 7 at home, much.

Searching around in Google, I came across the apodbackground project. Unfortunately, the git link was broken. I eventually found a mirror and took a look at the code. There were a few changes that I thought were necessary:

After I modified the original script, I still wanted to allow for the image scrolling to return. I found the XML file that comes with Ubuntu in /usr/share/backgrounds/contest/precise.xml that is used to create the background scrolling. From there, I got a hold of lxml and went to town.

But, generating the XML file wasn't enough. I also wanted to start with a number of images so I would actually have some to scroll through.

While searching around for the original source, I found out that the project I grabbed from was originally based on a different script, which I think is worth mentioning.

Please note: I am not extremely well-versed in Python. I have been playing with the language and Django lately so, if improvements could be made, please let me know.

While the script will detect as much as possible and has safe defaults, you may want to set your own.

If you want the file to automatically run at startup:

Open-source and free for use.

Unfortunately, I don't have time to update this script at the moment. This software is currently as is and I would definitely recommend checking out some of the various forks for updates or fixes.

Automatically downloads and sets the NASA picture of the day (APOD) as your desktop in Ubuntu.