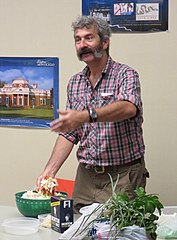 Gives emails a shelf life and deletes them when they're expired.

My emails fall into several categories:

Shandor helps me by deleting the emails from the first two categories at the right time. It also reminds me when it's time to judge those long-term emails again.

I also have categories whose emails should have a certain lifespan. For example, emails from Amazon can be deleted after three years. Since I don't want to put the tag 3y on every Amazon email, I can specify a premap that maps any tag to a Shandor tag.

WARNING This program deletes files. Deletes them. It is supposed to do so in an orderly fashion, but I don't give any guarantees that it might not delete your whole email folder. Read the code and make backups before you run it.

Then, every day, run:

Shandor will do the following:

Right now, Shandor only deletes the email files from disk and not the corresponding entries in the database. notmuch new takes care of that.

The premap is an EDN file with a map from general tags to Shandor tags, like this:

Providing it replaces the tags on the left side with the tags on the right side in Shandor's eyes. In other words, Shandor's compost algorithm won't see amazon or x-newsletter on an email, but 3y or j5m respectively.

Shandor logs extensively, so that you can reconstruct what happened to your emails. If you don't want logs, redirect Shandor's STDOUT to /dev/null. I recommend appending it to a log file, though. And I recommend using logrotate on that file.

A note on judging

Shandor doesn't remove tags. When the judgement date has passed, the emails to be judged will have tags like j1y JDY_1997-08-29 judge. When you judge those emails, you probably want to remove the previous tags and add new ones. For example, the email that had those tags listed above should now have only the tag deleted, or j5y. I don't want to take the time to build that into Shandor, so here's the process I use (independent of email client):

Based on the same thoughts as Moirai.

Right now the code is quite horrible and there are almost no tests. So I'm not sure whether one day it will delete all my emails. Good that I have backups and a log. Anyway, I think shelf lives are awesome.

Contains a half-arsed wrapper for accessing the notmuch library from Clojure, as well as an undocumented function to make the use of clojure-jna more idiomatic. If you're wanting to do useful Clojure programming, but don't know what to do, feel free to take these and make them better and publish/contribute them.

If you get an error that contains »There is an incompatible JNA native library installed on this system«, uninstalling your system's libjna might help. Of course you can't do this if something depends on a system-wide installation of libjna (as opposed to an installation in your local Maven repo).

See LICENSE.txt in this repo.