samuell released this · 129 commits to master since this release

This release contains a very large number of improvements, too large to list individually here, but a few selected one are covered further below. This release brings in another contributor, @jonalv, who did fantastic work on the TeX template for the audit report conversion feature.

Each task are now executed in its own isolated temporary folder, so that extra files generated by commands are properly captured and handled in an atomic way (to avoid mixing up non-finished and finished files).

Among the improved areas is that setting paths is now not even required. If you still want to set the output file extension for outputs, you can do that with the following syntax in an out-port placeholder in commands: {o:portname|.csv}, for the .csv extension.

SetOut() takes placeholder similar to those used to define the command pattern, such as {i:portname} for input files and {p:param1} for parameters. It also allows certain modifiers after the port name, separated by | characters, such as for trimming the end of a string, which is done like so: {i:bamfile|%.bam}, given that we have an in-port named "bamfile", for which we want to re-use its filename, but without the .bam file extension.

As always, for more information about this, see the documentation.

SciPipe can now plot the graph of a workflow to a .dot file, which can be converted to PDF with the GraphViz dot command (See the documentation for this feature).

This can be done by adding this line in the workflow Go file:

One can also let SciPipe execute the dot command as well to convert to PDF in one go (requires having GraphViz installed):

An example plot can be seen here: 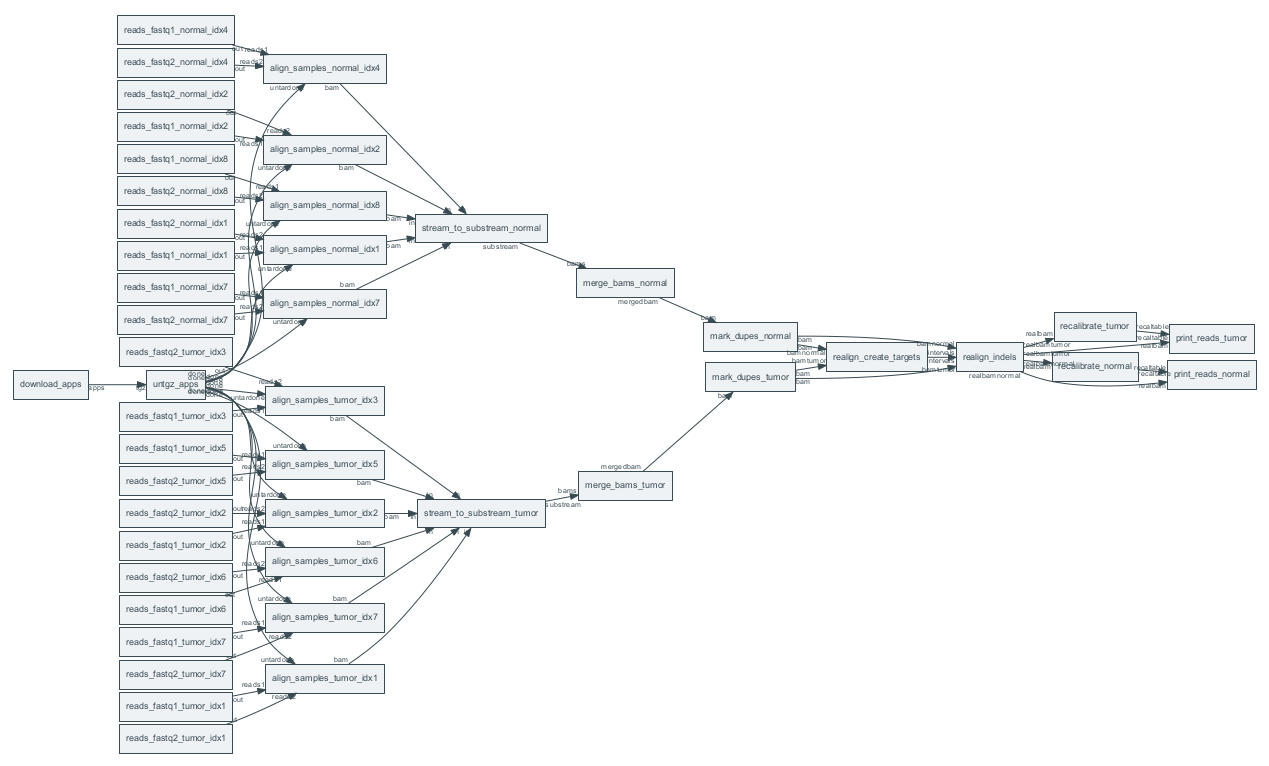 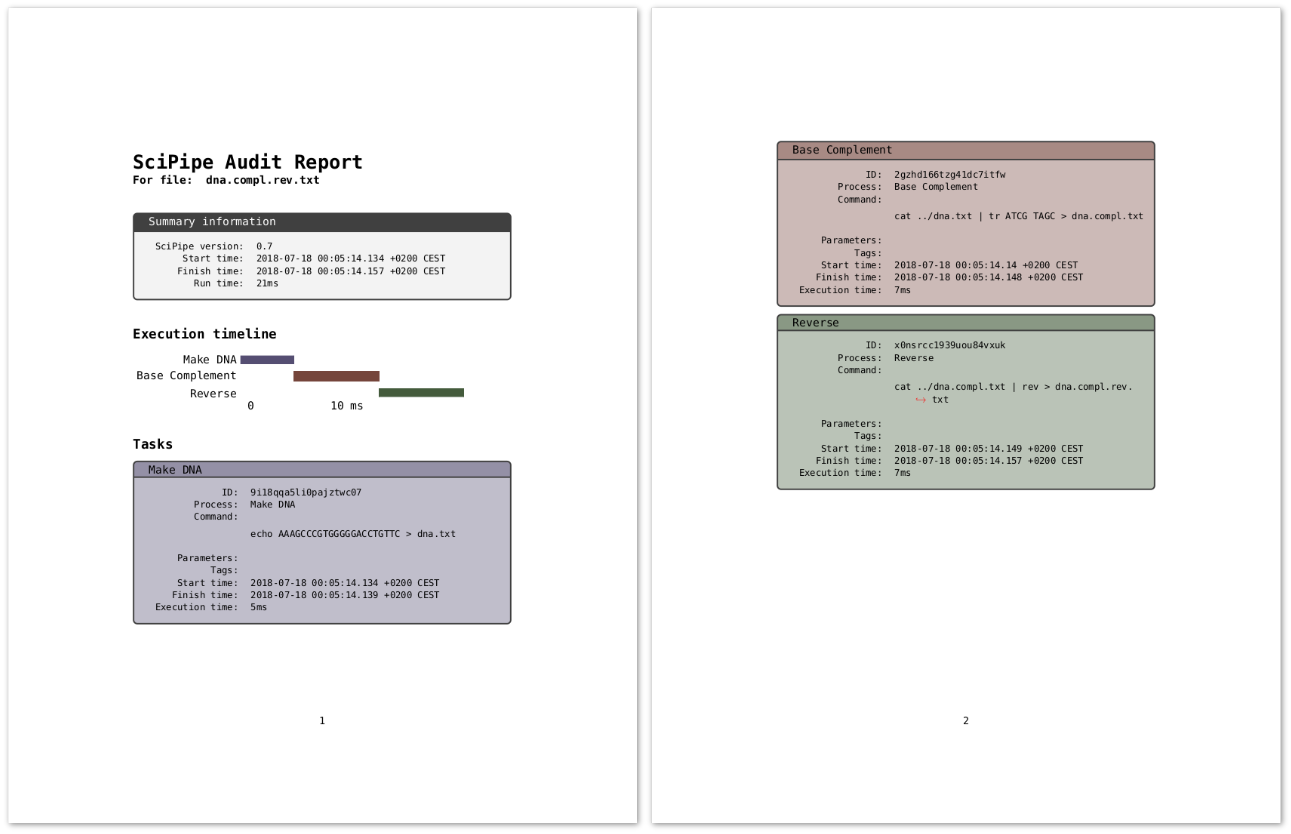 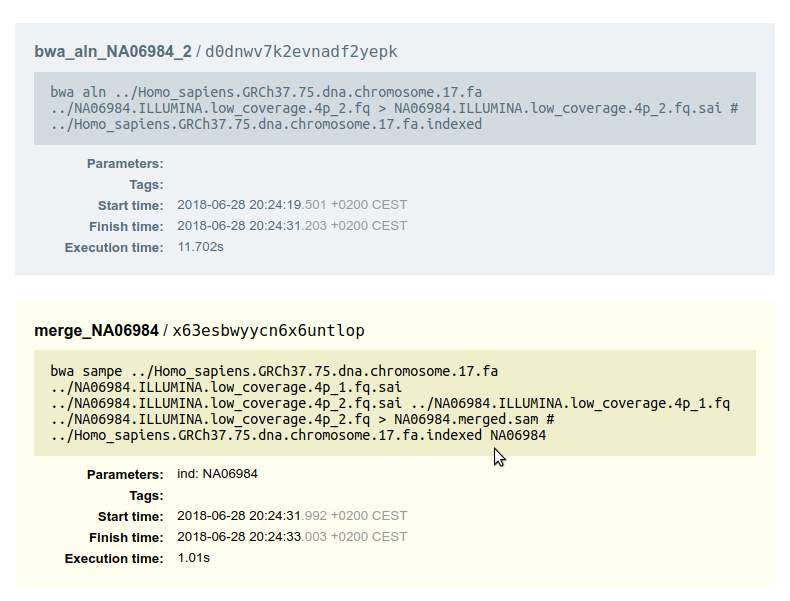