nrays is an attempt to make a 3 and 4 dimensional ray tracer in Rust. It uses the ncollide3d library to cast rays.

The current implementation handles phong lighting and reflexions. Nothing fancy here. It supports the same geometries as ncollide3d, that is, plane, box, sphere, cylinder, cone, and Minkowski sum of any supported convex objects. Triangle meshes are not yet supported. Here is an example of 3d ray casting on the Minkowski sum of a cylinder and a box: 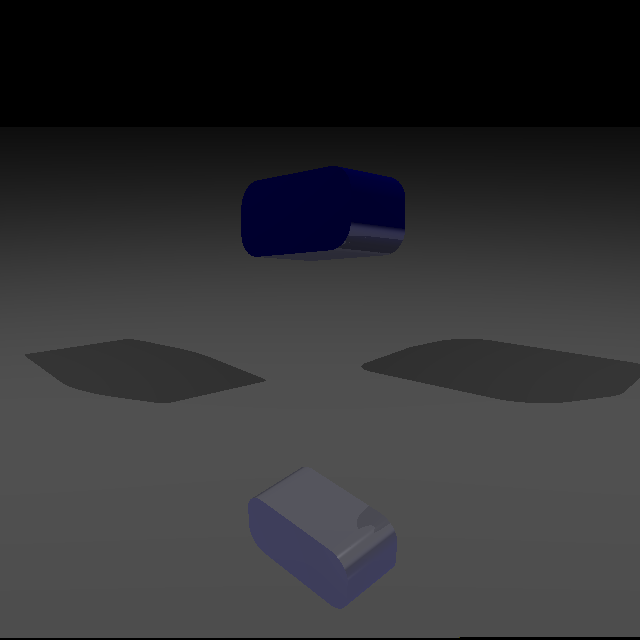 Several examples are given on the bin folder. Those are .scene files that can be read by the loader3d executable produced by the command make. Those scenes require some assets originally available here. The whole set of asset is packaged here and has to be extracted on the bin folder. Here is an example of commands you might type the first time: