This repository only contains the source code for the core of the emulator. The OpenGL renderer and the libretro interface is is the rustation-libretro repository.

The focus of this emulator is to write code that's clean, accurate and hopefully easy to understand. There's no plugin infrastructure, the emulator is monolithic.

Performance is pretty poor at the moment but it should be enough to run close to realtime on a modern CPU.

For the time being it can only boot a few games. Crash Bandicoot (Japanese version) is mostly playable, although I've had random crashes. Some other games (like Spyro) freeze after or during the intro.

If you have any questions, in particular if something in the code is not clear or properly commented don't hesitate to fill an issue.

I also created a /psx/ board on 8chan if you prefer something less formal to discuss this emulator and all things PlayStation. We'll see if this turns out to be a good idea... 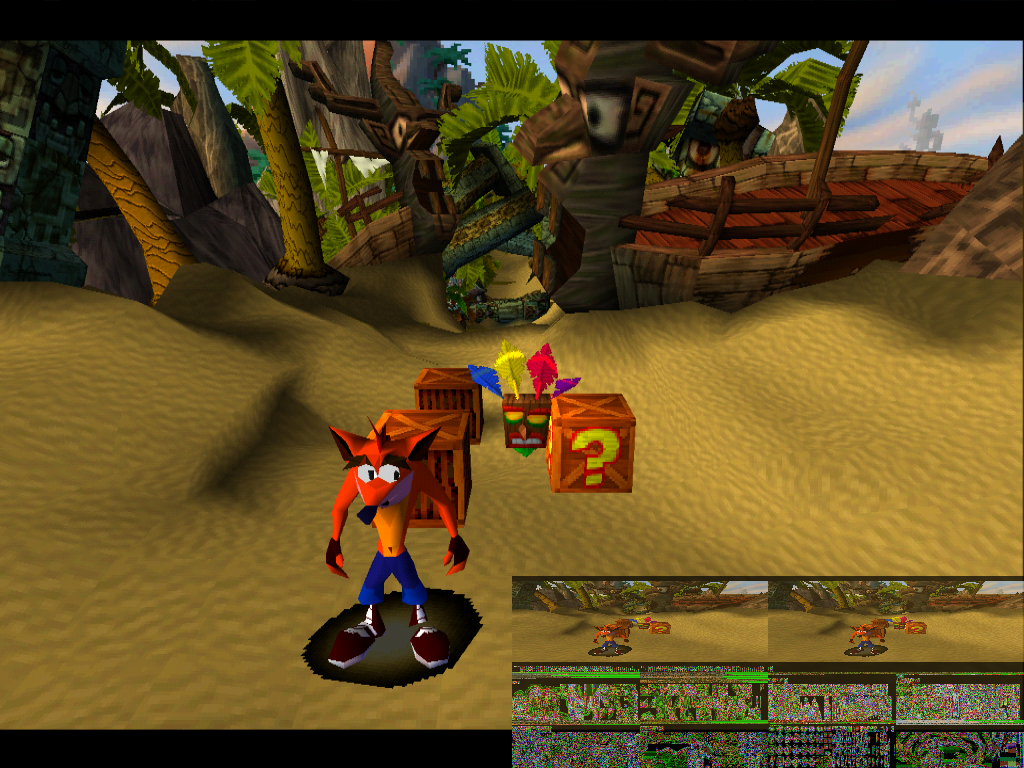 You should then be able to build the emulator with:

Don't forget the --release flag in order to turn optimizations on. Without them the resulting binary will be absurdly slow.

If the build is succesful you can run the emulator using:

Use the Escape key to exit the emulator, Pause/Break to "break" into the debugger, the emulator will then listen on TCP port 9001 for a GDB connection.

In order to debug you'll need a GDB targetting mipsel-unknown-elf. Once the emulator is running press the Pause/Break key to trigger the debugger and then connect GDB to it using (at the gdb command prompt):

GDB might complain about not finding symbols or the boundaries of the current function but you can ignore that. From then you should be able to use the familiar GDB commands to debug the live emulator.

The debugger support is pretty experimental and quircky but it works for basic debugging needs.

I'm also attempting to document the emulator writing process in a LaTeX document available in the psx-guide repository. It's generally lagging behind the actual code but I'll try to update it as often as possible.

I try to cite all of my sources in the guide above but I'm mainly using the priceless No$ PSX specifications as well as mednafen's source code when I feel like cheating.

I also run tests on the real hardware and store them in the psx-hardware-tests repository.