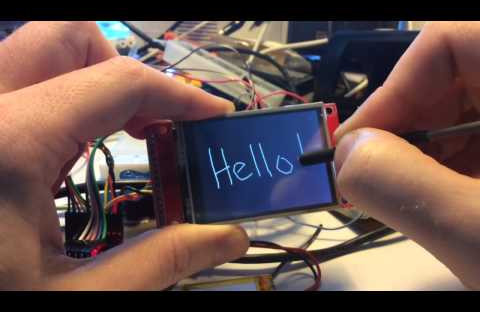 Although there are a couple of libraries for this chip out there (e.g., UTouch and elechouse/touch), both of them used bitbanging (rather than hardware SPI) and neither of them supported differential mode. However, on the ESP8266, unless the SPI bus is shared, there aren't enough pins for both the LCD and the touchscreen. Hardware SPI is also much faster, thus strongly preferred for the LCD. This was the initial motivation but, while at it, I also added differential mode support.

My implementation is based on TI's technical note and TI's datasheet. It has been tested on an XPT2046 (which is a clone), connected to an ESP8266 (Sparkfun Thing).

The examples require Ucglib, but it should be easy to rewrite them for a library of your choice. Either way, you will also need to edit the parameters in the examples to match your setup.