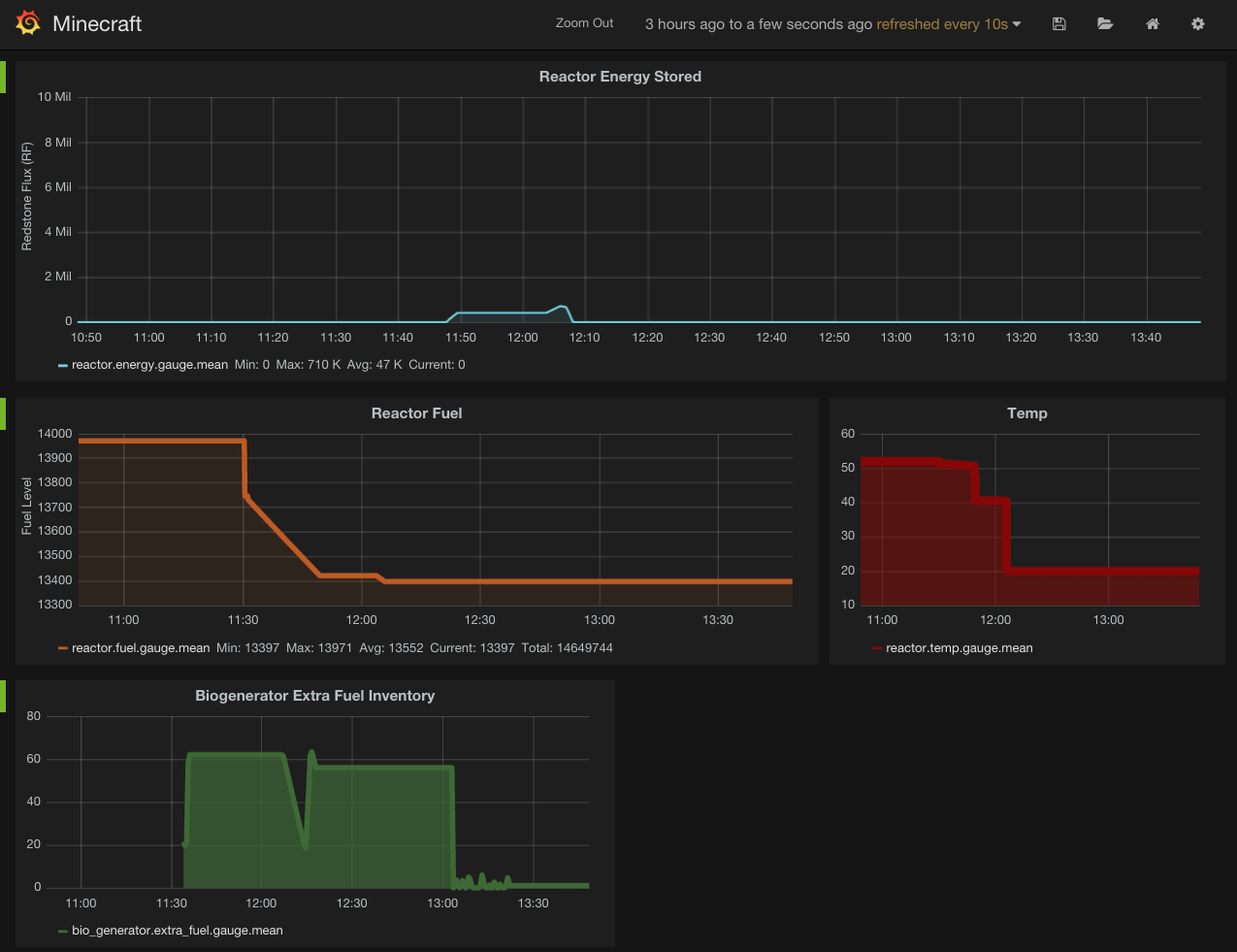 Made for monitoring minecraft. Yes, this is insane. So the idea is something like this:

This is the way I decided to do it because Redis was fairly trivial to get data into from a lua shell running in Minecraft (if you haven't played with opencomputers ... wow, it's hilariously awesome).

Within minecraft, there's a lot to say and I can't say it all here. Tech mods in minecraft are complicated. Tweet me at @squarism on twitter and I can make a video. Here's a quick rundown.

Setting up this project

You should see events hit influxdb. You can use the query select * from /.*/ limit 1 in the influxdb console. Even before that, you should see data in redis keys *. Be sure to note which redis database number you configured.

Perhaps pushing straight to statsd would be better. Maybe this project will move to that. I kind of like pushing to Redis though because then you don't have to think about time gaps (maybe). This project could potentially just push straight to influxdb. I'm just worried that the value of statsd will be minimal with the time averaging because noone's minecraft game is running 24/7. So will there be massive gaps in data that cause weird averaging?