This app is no longer maintained

resque-brain is a web app to monitor and manage multiple Resque instances. It is superior to resque-web in three important ways:

Summary of all monitored Resques

Overview of the Resque instance

Drilling into a single Resque, you get quick overview of what's going on, namely how many jobs are working, waiting, and failed.

This shows only which jobs are actually running, and when they started. Jobs running "too long" are called out.

This shows all the queues and how many jobs are in each one. Any queue with a nonzero number of jobs is highlighted so you can hone in on exactly what you care about.

We see a more readable summary of what's going on, along with direct links to search google for the problem. We also have the ability to retry and clear at the same time. So many newcomers to Resque think that retry does a clear, and are baffled when the job "fails again" (i.e. stays in the failed queue). 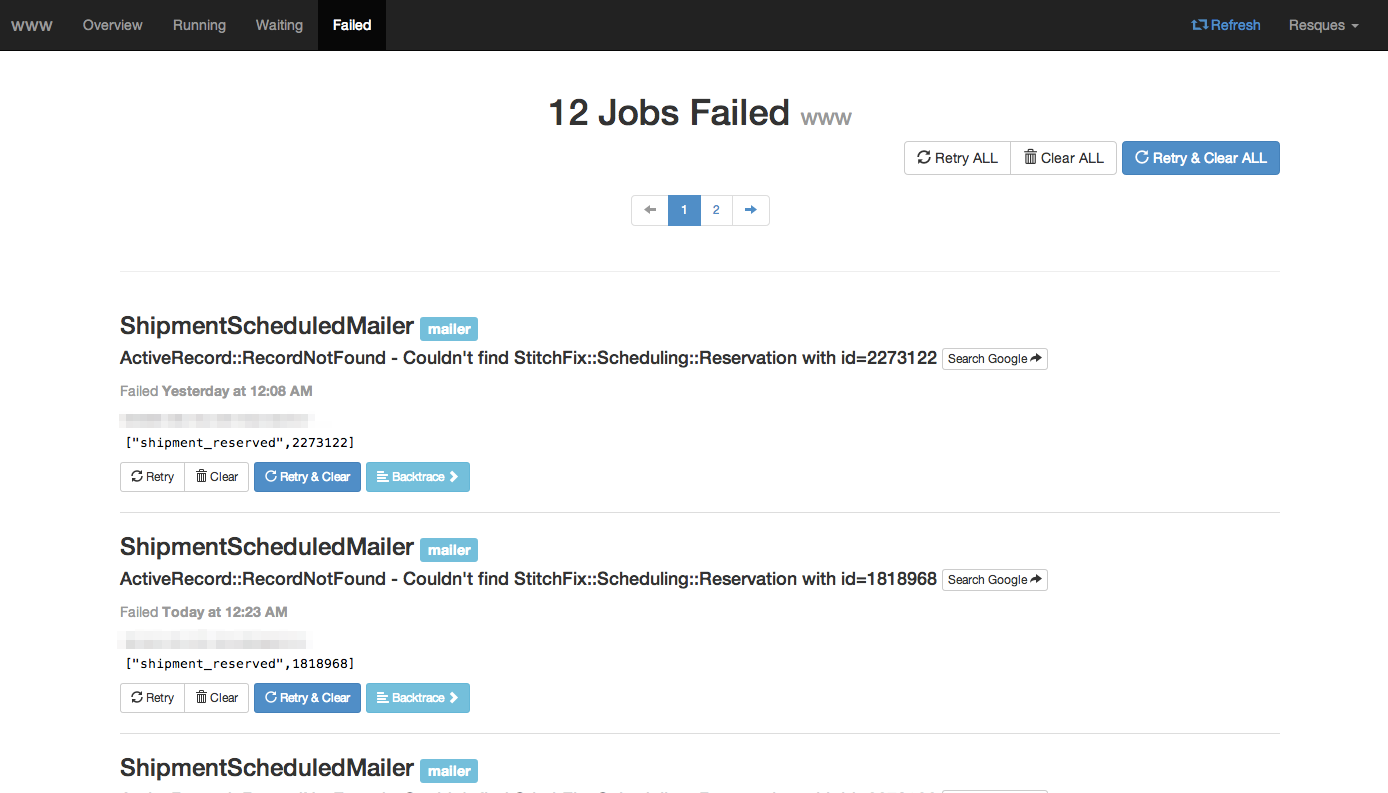 We can expand to see exceptions

The design is completely responsive, meaning you can tend to your queues while on the go. 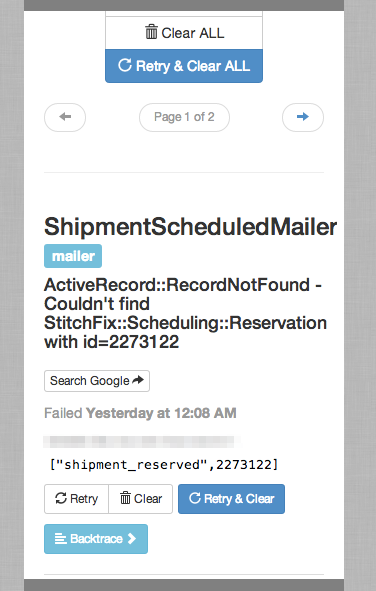 See Set Up on the wiki.

You'll need to do three things:

See the Set Up page on the wiki, as well as Monitoring & Alerting for a discussion of how its set up.