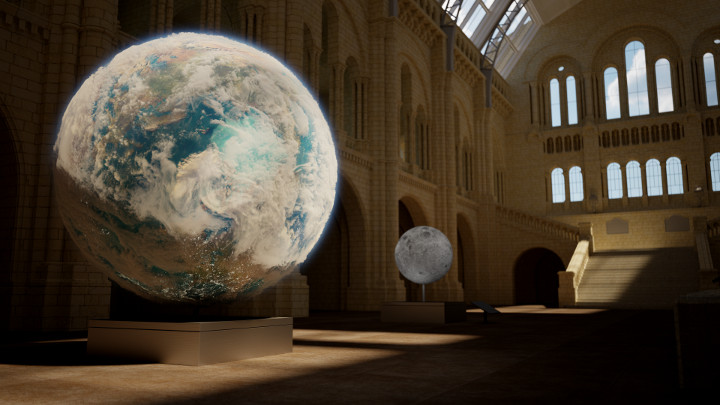 Tungsten is a physically based renderer originally written for the yearly renderer competition at ETH. It simulates full light transport through arbitrary geometry based on unbiased integration of the rendering equation. To do this, Tungsten supports various light transport algorithms such as bidirectional path tracing, progressive photon mapping, primary sample space metropolis light transport and more.

Tungsten is written in C++11 and makes use of Intel's high-performance geometry intersection library embree. Tungsten takes full advantage of multicore systems and tries to offer good performance through frequent benchmarking and optimization. At least SSE3 support is required to run the renderer.

Documentation is planned, but currently unavailable (sorry!). A lengthy overview of features is available in the final project report written as part of the submission for the rendering competition, although that document may be outdated.

To give developers as much freedom as is reasonable, Tungsten is distributed under the libpng/zlib license. This allows you to modify, redistribute and sell all or parts of the code without attribution.

Note that Tungsten includes several third-party libraries in the src/thirdparty folder that come with their own licenses. Please see the LICENSE.txt file for more information.

In the root folder of the repo, use these commands in an MSYS shell to build:

The binaries will be placed in the build/release directory after buiding.

Optionally, you can install the Qt framework to build the scene editor utility. If Qt is not detected during setup, the scene editor will not be built (you will still be able to use the renderer).

To build using MSVC, you will need a recent CMake version and MSVC 2013. CMake binary distributions are available here.

After installing CMake, double click the setup_builds.bat file. The MSVC project will be created in the folder vstudio. Open the vstudio/Tungsten.sln solution and press F7 to build.

Building on Linux works just like building on MINGW.

The core renderer can be invoked using

You can also queue up multiple scenes using

and so forth. All renderer parameters, including output files, are specified in the json file.

You can test your local build by rendering the material test scene in data/materialtest/materialtest.json.

You can also use

src/core/ contains all the code for primitive intersection, materials, sampling, integration and so forth. It is the beefy part of the renderer and the place to start if you're interested in studying the code.

src/thirdparty contains all the libraries used in the project. They are included in the repository, since most of them are either tiny single-file libraries or, in the case of embree, had to be modified to work with the renderer.

src/tungsten contains the rendering application itself, which is just a small command line interface to the core rendering code.

All other folders in src are small utilities described below.

This is a standalone version of the renderer that comes with a built-in HTTP status server.

It will serve the following files:

scenemanip comes with a range of tools to manipulate scene files, among others the capability to package scenes and all references resources (textures, meshes, etc.) into a zip archive.

hdrmanip comes with a few useful tools for manipulating HDR output files produced by the renderer. Where available, we recommend using established image manipulation tools, but where HDR support is sparsely available, this tool can be useful.

To convert an HDR image to low dynamic range, use

You can also specify the tonemapping operator to be applied when converting. For example, to use a filmic tonemap, use

To adjust the exposure of an HDR file, you can use

If you don't specify an output file, the tool will overwrite the input file. You can also modify several input files at once. For example, you can use

to adjust the exposure of several files at once.

If you don't want to overwrite the input files, you can specify an output directory with -o

When specifying multiple files, -o is interpreted as an output directory, and its file extension is ignored. If you want to convert multiple input files to a different file format or even low dynamic range, you can use --file-type

Finally, hdrmanip also supports merging multiple HDR files together. This is useful when you split up a render across several machines and want to average the outputs to get a less noisy image. You can use --merge for this

Of course, you can also adjust the exposure and convert to low dynamic range while merging, all in one step.

In addition, meshes in the OBJ file will be automatically converted and saved to Tungsten's native *.wo3 mesh format, which significantly reduces loading time for large meshes. This may create a large number of new files - consider pointing the dstFile.json path into an empty subfolder to avoid file clutter.

will parse the scene file srcFile.json and convert it to an XML scene description compatible with the Mitsuba renderer. All *.wo3 files will be converted to Mitsuba compatible OBJs, which may create a large number of new files - consider putting dstFile.xml into an empty subfolder to avoid file clutter.

Note that this tool does not experience heavy testing and does not support all features of Tungsten, so it may not always work as expected.

This is a minimalist scene editor written in Qt and OpenGL. It supports camera setup, manipulating transforms, compositing scenes and a few more features that I found useful.

It is usable, but a few crucial features are currently missing from it (including documentation). The code is neither exceptionally clean nor stable, so use at your own risk.