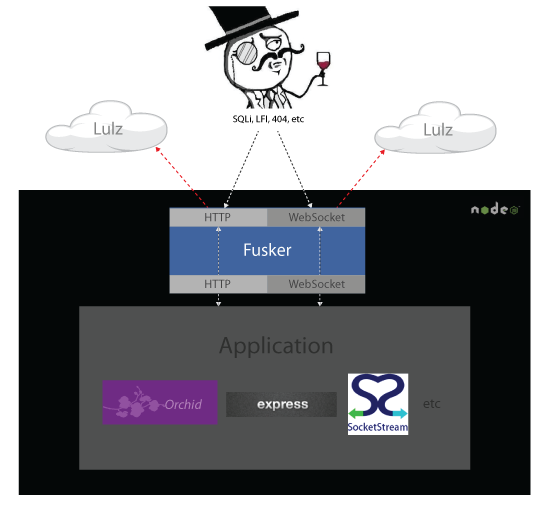 To install fusker, use npm:

You think you're one raw dog? fusker.nodester.com Come at me bro.

Please see this for a working express example. It's as easy as app.use(fusker.express.check); Detectives/payloads are the same as they would be for the fusker HTTP server. Make sure fusker is the first piece of middleware added.