The minimum grid resolution is 50 micro-seconds - or a 32 times oversampled signal. The maximum buffer-time is 15 seconds.

Currently variants up to four channels are available.

Note to packagers: The Makefile honors PREFIX and DESTDIR variables as well as CFLAGS, LDFLAGS and OPTIMIZATIONS (additions to CFLAGS), also see the first 10 lines of the Makefile. You really want to package the superset of x42-plugins. 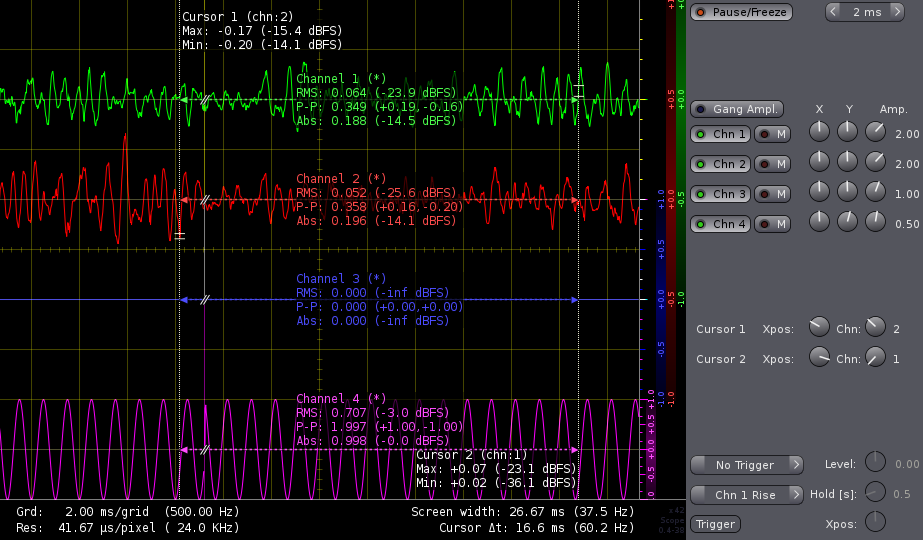 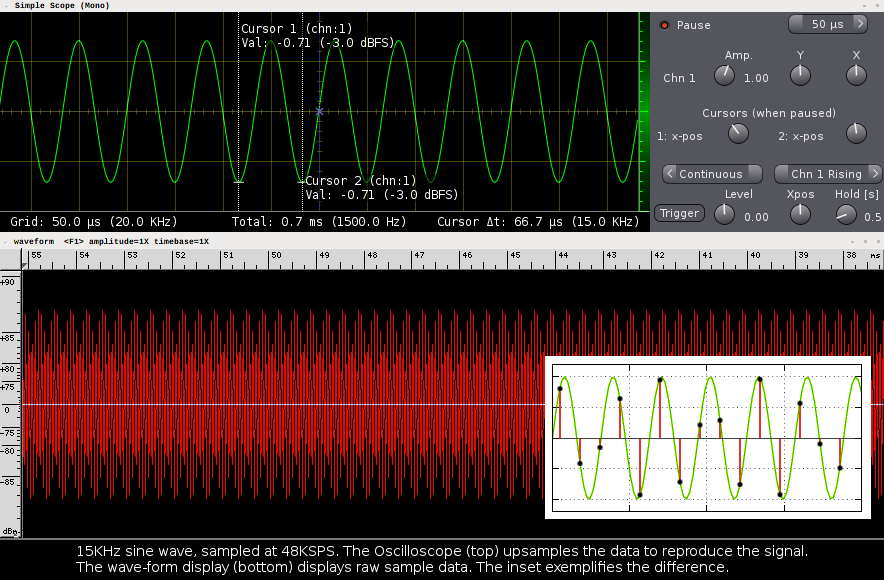 This project was created to test and exemplify LV2 Atom-Vector communication and demonstrate the short-comings of LV2 thread synchronization and LV2Atoms for visualization UIs:

LV2Atom messages are written into a ringbuffer in the LVhost in the DSP-thread. This ringbuffer is sent to the UI in another thread (jalv and ardour use g_timeout() usually at 40ms ~ 25fps), and finally things are painted in the main thread.

Accurate (low-latency, high-speed) visualization is a valid use-case for LV2 instance access in particular if visual sync to v-blank is of importance. This is not the case for a scope. A ringbuffer using message-passing is sufficient since signal acquisition is usually perform on a trigger condition and subject to hold-off times.

The basic structure of this plugin is now available as eg05-scope example plugin from the official lv2plug.in repository.

Compared to the example, this plugin goes to some length to add features in order to make it use-able beyond simple visualization and make it useful for scientific measurements. It is however still rather simple compared to a fully fledged oscilloscope. See the TODO file included with the source.