Just add the bookmarklet below to your bookmarks bar.

Or grab the Chrome extension wrapped by Umar Hansa

Wait for a page to fully load and then click the bookmarklet or extension icon to overlay a performance heatmap.

The heatmap colours and the first ms value indicate at what point in the page load the image finished loading. It's a good indicator of user experience... "It took 3450ms before the user saw this image." The second value in brackets is the time it took the browser to load that specific image.

The legend attached to the bottom of the page shows timings for the full page load and hovering over a coloured area on the heatmap will move the timeline indicator to show you when that image was fully loaded. 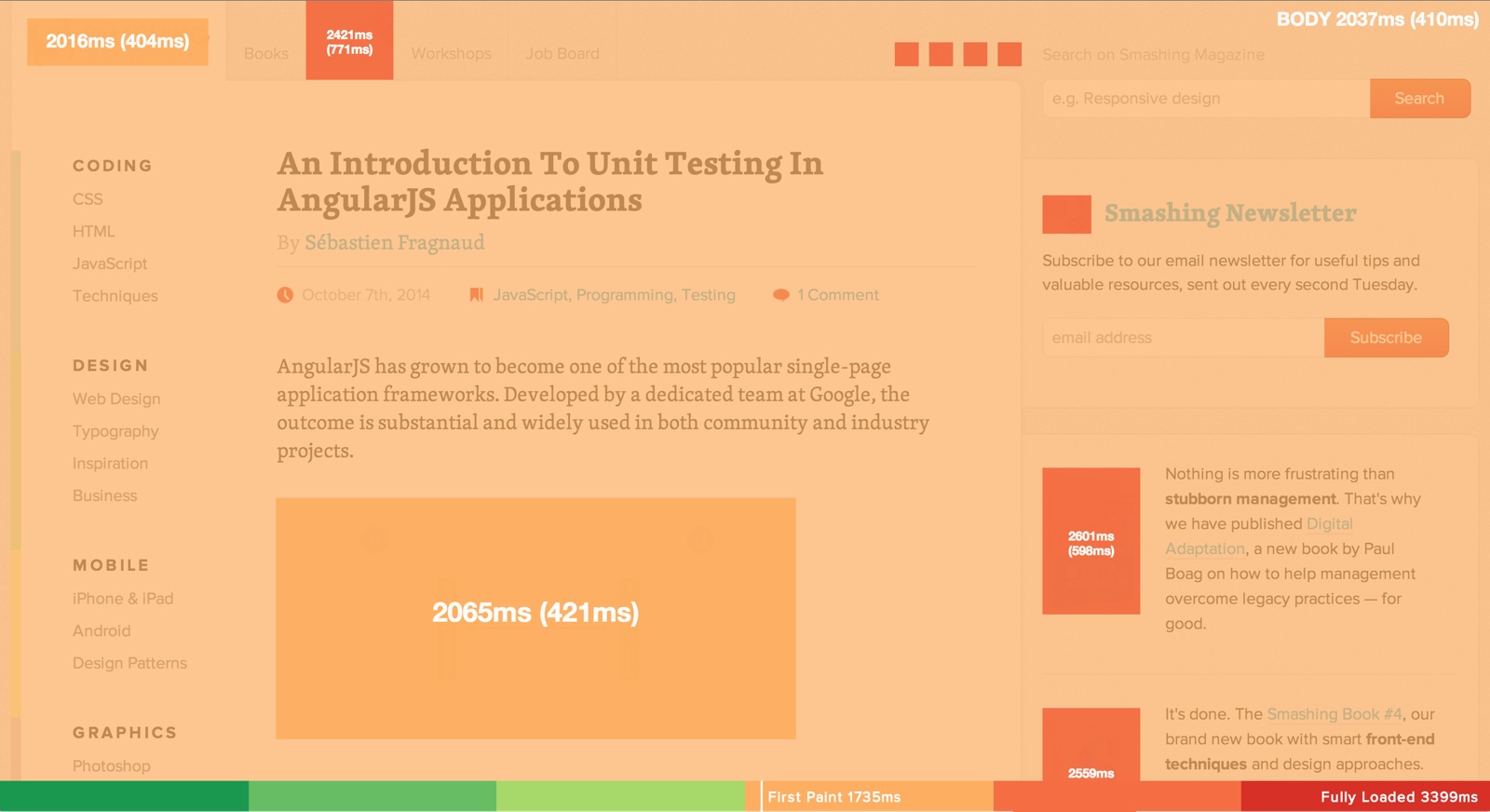 Conceived as part of a set of data visualization experiments which re-imagined the front-end performance waterfall chart by Mark Zeman from SpeedCurve presented at Velocity New York 2014.

Big thanks to Steve Souders who was inspired enough to whip up the intial code structure while simultaneously participating at WebPerfDays NY. Clever cookie!