Well, it is simple, as blockchain enthusiast team we intend to expand the reach of Blockchain and its tremendous possibilities to the common man. The simplest way is to associate the Blockchain with something everyone has- Love. Secondly, we believe, Love the highest form of all human emotions can be well represented with Blockchain. Using blockchain, we can create an eternal artifact for one’s Love. So that's it.

Initially, our research was about exploring the possibilities of Nonfungible Tokens in distributed ledger environment. In between the idea of Lovecoin sprout out in our mind, and then the concepts WoL (Wall of Love) and Lovedintity followed.

It is an opportunity for those who really treasure their love, to inscribe their story somewhere safe and forever. It was the first thing came to our mind during lovecoin brainstorming. Lovecoin owner can map his coin to a spot in WoL any time before gifting it. They can write their names and a ‘love quote/text message’ in WoL spot while gifting it. In nutshell, you gift a coin you have created a chapter in the history.

The research was started with Nonfungible tokens, so obviously the idea of identity also came in our discussion. Since we use ERC-721 token protocol, each lovecoin is unique. We provide further uniqueness to Lovecoin by encoding the two names in in it during the gifting process. 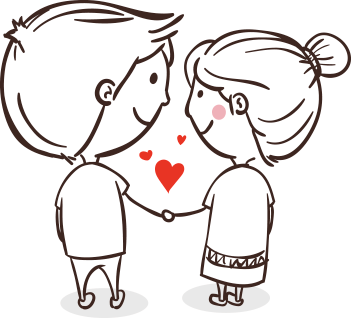 Your love is blockchained

The tag line may invoke lot of question in listeners mind. What is ‘Love is blockchained? Or How love is blockchained? and so on. So what really happens when someone buys Lovecoin, gift the lovecoin? The entire lovecoin process is controlled through “Lovecoincore” smart contract. The smart contract generates a new Lovecoin when it receives 0.0143 ETH. The contract issues the Lovecoin directly to the wallet address from where it received the amount. But the Lovecoin issue is fixed at a maximum of 50000, the contract automatically stops Lovecoin generation process as soon as it reached the limit. When a new coin is generated, the first log of that particular coin is written in the blockchain.

What are other possibilities?

Apart from buying and gifting we have also provided Lovecoin ‘sell’ option and WoL spot Bid option. When someone sells their lovecoin, a new block is added to blockchain to enforce the change of ownership. The corresponding WoL will also get transferred to the new owner.

The ‘Bid on WoL spot’ option gives anyone the opportunity to place a bid for a particular spot in WoL. If someone like a spot that has already been occupied someone else then places an enticing offer. The bid process basically includes more than one blockchain transactions. Placing the bid, Approval (Acceptance) from the owner and Claiming the coin. In order to place the bid, the bidder must have sufficient ETH balance and the amount must be greater than the highest available bid.

* Why is Lovecoin a precious gift?

Lovecoin is the first crypto collectible exclusively made for lovers and it is also the first digital identity (Lovedentity) for couples. And it is rare, only one in 152000 people get the opportunity to collect it. Each lovecoin is unique, and its security is guaranteed by blockchain, once you own it, it is forever. Consider other features like WoL, and Lovers Paradise, such unlimited possibilities for a gift..! It is precious.

* What is Lovers Paradise?

Lovers paradise, a Virtual world waiting for Lovecoin holders. Lovecoin is just the beginning, there is more you can do with Love coin, Love Games, Love Quest etc. lovers paradise is full of surprises.

* Why Lovecoin is a unique gift?

Lovecoin is developed in Ethereum blockchain using ERC-721 token standard, which means, unlike other cryptocurrencies, each of the coins is unique and tracked separately in Blockchain. Another unique feature is the names that are encoded in the Lovecoin.

Lovecoin smart contract has the capability to mint a maximum of 50000 coins.

It is a collectible and of course, it is a digital asset. Since Lovecoin supply is fixed and it is a rare gift, it is unlikely that the owners will sell the Lovecoin. So the demand for Lovecoin may steadily increase in future, making it a highly valuable asset.