Sign up
Code review is a vital pillar of the software development process.
Find file

A leaderboard to rank developers based on their contributions to code reviewing, coupled with an Ethereum based cryptocurrency reward scheme. 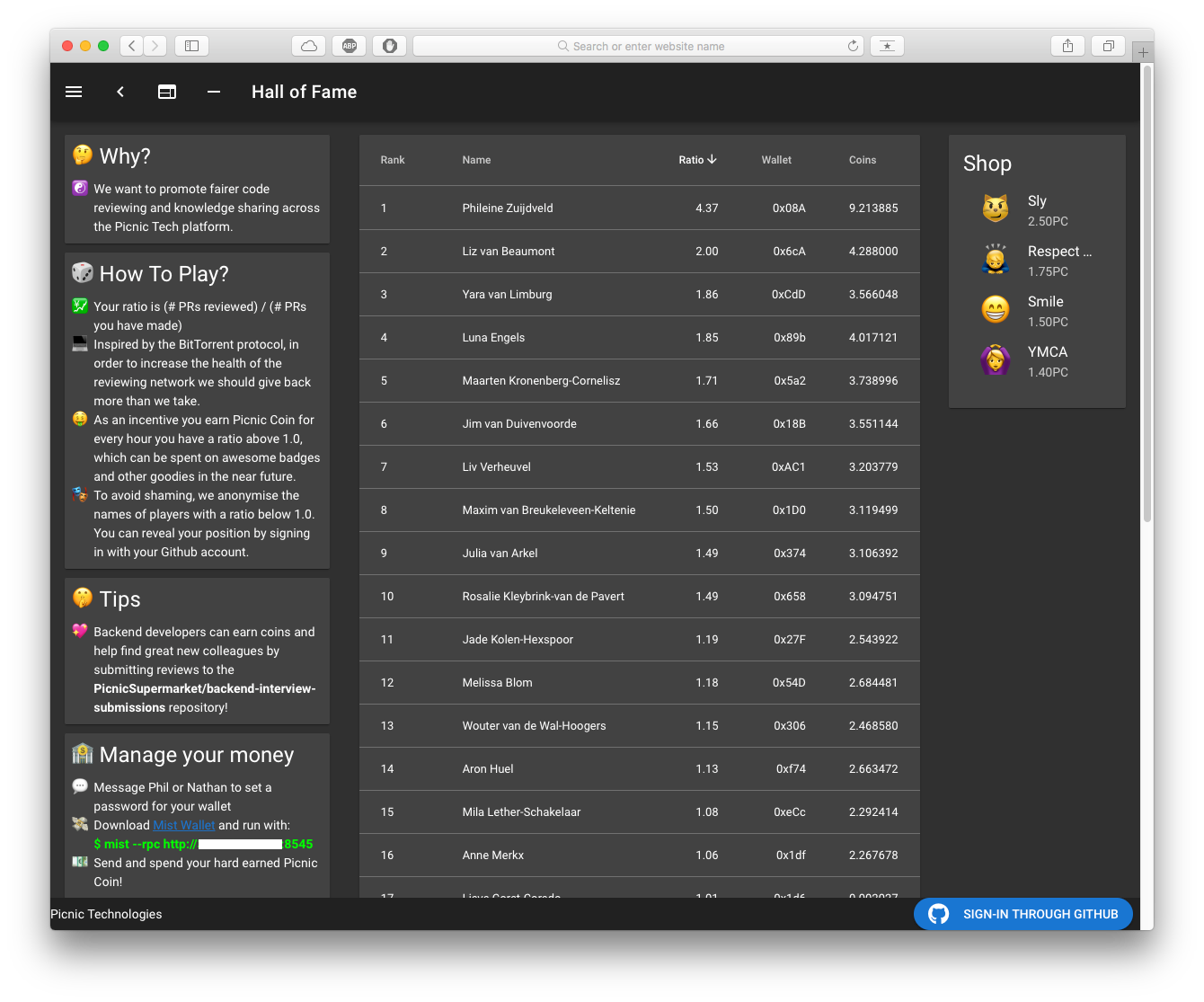 The PR Game is a gamification of the code review process. We all love writing code, and some of us love reviewing code. But for a large number of us, code reviewing isn't how we necessarily want to spend our time but a necessity it is! The PR Game adds an extra incentive to code reviewing in the form of a cryptocurrency where developers mine coins based on their contributions to code reviews.

The default score is simply the ratio between the number of PRs that a developer has reviewed versus the number of PRs that they have authored. This score can easily be adopted in the pr_metrics.py to take into account other PR related metrics such as number or length of comments in the PR, or decaying PR lead time for example. The possibilities are numerous, whatever KPI it is you are looking to optimise.

To setup the PR Game for your organisation there are a few properties that need to be configured in the config.ini file.

The dashboard is open to all users and authentication is up to you as the owner. Users who have a score below 1 aren't listed and their names are randomised. To allow for users in your organisation to sign into the dashboard to reveal their position then you need to setup and configure your GitHub app provide an OAuth flow. Once this has been done you can configure the Secret, ReturnUrl and ClientId accordingly in the config.ini.

The default PaymentWalletAddress in the config.ini is configured to be the same as which the Ethereum node is initialised. This account is gifted a large quantity of ETH and is responsible for paying out the developers periodically. The default developer account password is configured in PaymentWalletPassword and can be changed and updated by them via their wallet app.