A tool for converting MIDI files into Overwatch workshop arrays. Read more
Currently, only the English game version is supported.

If you have any feedback, or if you just want to say hello, you can contact me on Discord: ScroogeD#5147

Currently only available for Overwatch PTR and only in English. 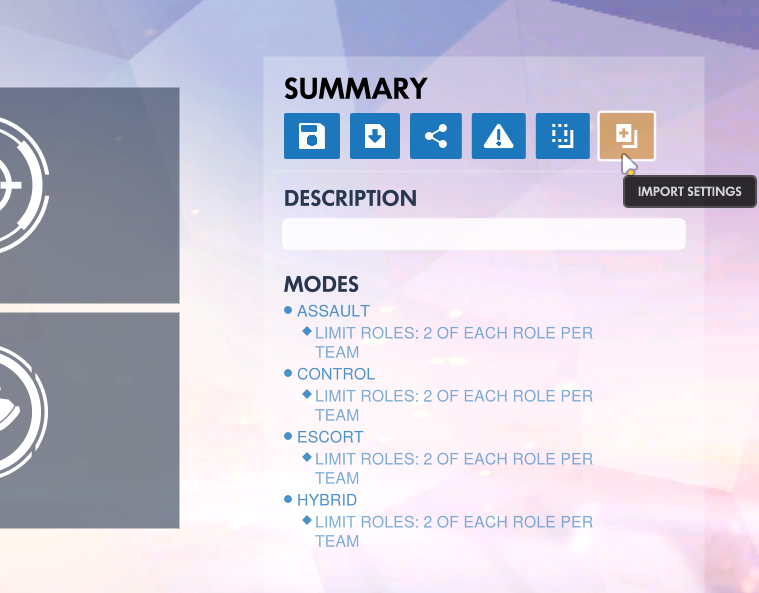 You can control the speed at which the song is played:

Note: the minimum time between two notes/chords is 0.064 seconds. If there are delays smaller than that, they are increased to 0.064s. Additionally, a negative speed value will make delays between all chords 0.064s.

You can easily remove all game sounds except the piano:

The data read by the Overwatch workshop contains pitches and timings of notes in multiple arrays. One chord in an array can have between 1 and 11 pitches, and consists of the following elements:

The Z component of the vector is used for loop information: see Loops

The elements following the vector are the pitches in the chord. Similar to the pitches of MIDI files, one integer is one semitone. The scale starts at 0 (C1) and ends at 63 (E6). For example, C4 (262hz) has a pitch of 36.

Each array has its own rule. At the end of each rule, the array is saved in its own index of the SongData array: SongData = [array0, array1, array2, ...]. The maximum amount of voices needed in any chord is saved in the first element of the first array.

The following array contains a song that plays the note G4 at time 0, followed by a C minor chord (C5, Eb5, G5) at time 0.5, followed by another G4 note at time 2.0. The maximum amount of voices needed is 3, which is saved as the first element of the whole array:

The array above as a workshop script would be:

Loops are an experimental feature and not currently supported by the converter webpage. They must be added manually.

To add a loop, first convert your MIDI file with the converter page, paste it into Overwatch and copy it from Overwatch. This gives you the workshop rules in a more readable format.

Loop information is saved in the Z component of each chord vector (see array structure above). It is read when the song is being played, and can have the following values:

Edit the arrays in the locations where you want to set loops, and paste the song arrays back into Overwatch when you're done.

(In no particular order)