Curated set of packages for Haskell development with Atom. The package list taken from Atom-Haskell Documentation (not made by me :). Detailed configuration, documentation and much more can be found there.

This package installs the following for you:

any of which you can disable. If you don't like the way atom-hasklig alters fonts, uninstall it and clear the Font Family box in Settings (Preferences), under Editor.

You will be prompted if you want to set some nice default configuration values for the installed packages. You will only be asked once, and you can dismiss this and later run it manually via the Command Palette and then Atom Haskell: Set Default Configuration.

To set up the binaries (except formatters) for the above you can run,

For formatters you have some choice between stylish-haskell, hindent and brittany, whichever you prefer. E.g.,

Follow this up with:
Edit -> Preferences -> Packages -> atom-beautify -> Settings -> Haskell -> expand -> [your choice of beautifier]

A bit of a self-plug, but you might also like my keybindings package spaceatom-keybindings, if you're coming from spacemacs and still have that muscle memory.

I also recommend the theme Spacemacs Dark, where I added some additional highlighting for Haskell. It is, as the name implies, inspired by the Spacemacs dark theme. 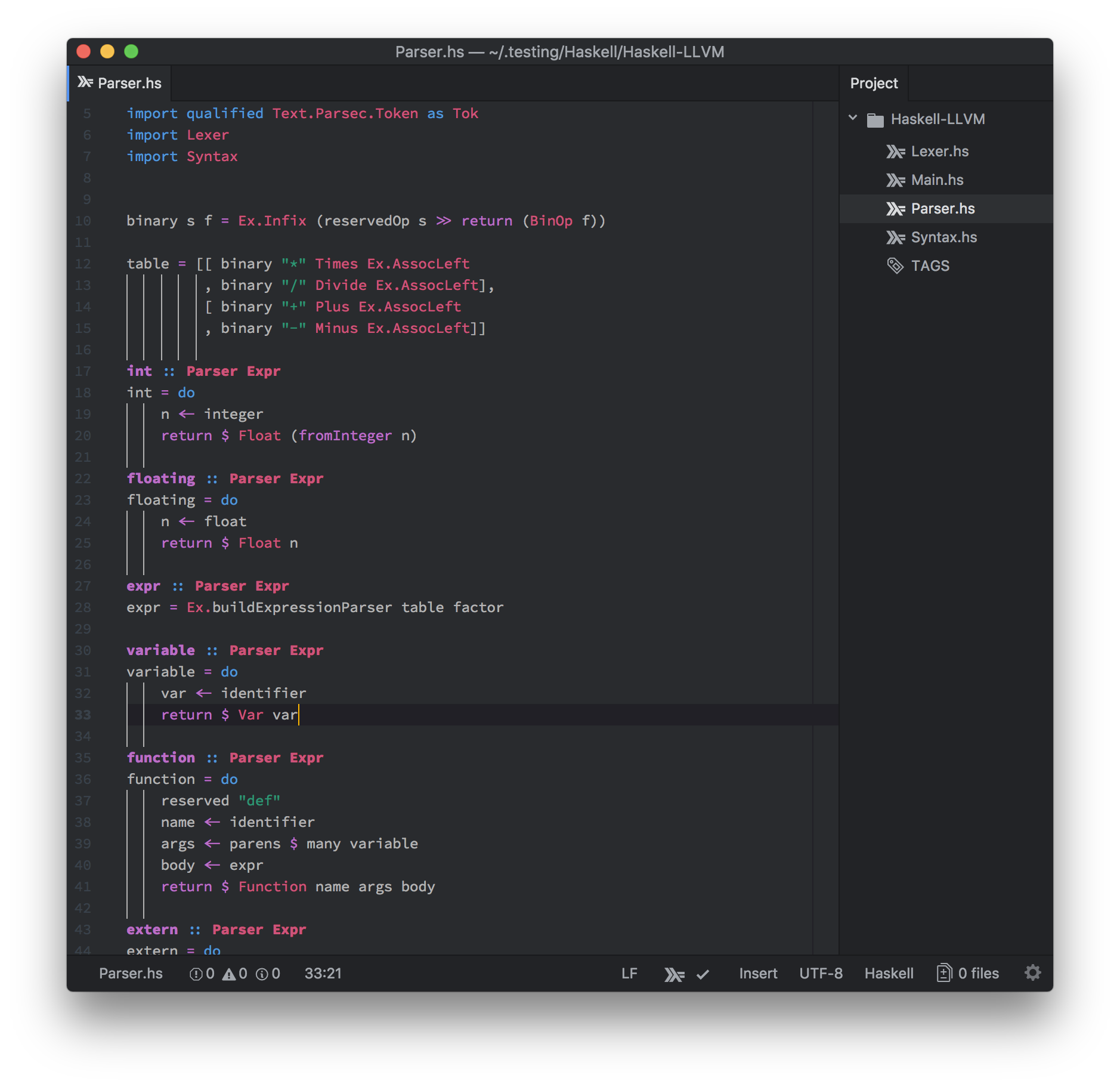