A lightweight collection view for iOS

A light and easy collection view for iOS; compatible with iOS 5 and above. 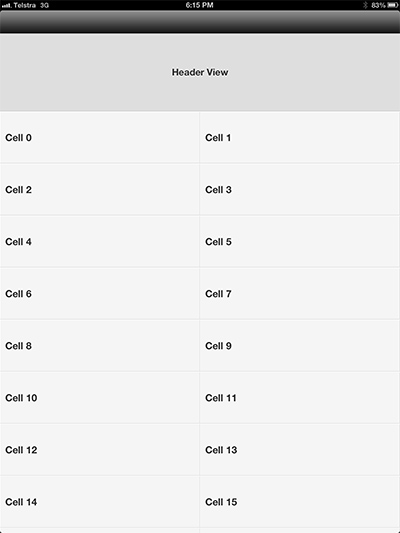 What exactly is this thing?

TOGridView is a class I'm developing for implementation into my commercial iOS app iComics. Given the relatively large size and complexity of this class, coupled with its flexibility for potential reuse in future projects, I'm making it a completely separate project, and open-sourcing it on GitHub.

Given UICollectionView, what was the point of building this?

When looking at potential 'grid view' libraries for iComics, I did a thorough review of not just UICollectionView, but also a lot of the third party grid view libraries that existed before it. As it turned out, I wasn't completely happy with any of the other options for various reasons.

Several of the major reasons for writing my own included:

TOGridView is licensed under the MIT License. Feel free to use it in any of your projects. Attribution would be appreciated, but is not required.

A lightweight collection view for iOS