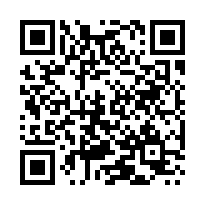 Telling Something to Me

If you thank me or something, just please give a star on GitHub. If you have a question on this document, comment on GitHub.

If you want to tell me anything else or if you don't want to use GitHub:

I'm a human so I have human characteristics (e.g. I operate best in 20-30 celsius degree). Other charactersitics are:

I was a occasional FLOSS contributer.

I was employed as a part-time worker for developing Pawoo, a variant of Mastodon, a federated microblogging software.

Mastodon is Web application and built with Ruby on Rails. It has RESTful APIs and ActivityPub, a federation protocol. The UI is built with React and its state is managed with Redux. It stores data to PostgreSQL and Redis. I developed for all of its subsystems.

Speaking of Pawoo-specific feature development, I assisted the full-time workers of the team and developed a feature relatively independent of the other aspects of the software.

I was relocated for developing VRoid Studio, a software to build humanoid 3D models without special expertise. My involvement began just before its first release. My focus was to improve the productivity of the team because the relocation was regarded as "temporal" in the first place.

I was employed as a full-time worker, and had some training in April. Later, I joined the development of VRoid Mobile, designed for more casual humanoid model creation and including AR feature. I left the team just after its release.

Technically I had never had the "On-the-Job Training", so I completed it by temporarily working for ImageFlux team.

WebRTC bindings for .NET, mainly targeting for Unity are its results. The library avoids common pitfalls of such bindings like multi-platform support and garbage-collector awareness.

I was relocated for pixiv Sketch team. pixiv Sketch is a social network where users can casually post drawings (i.e. it is totally fine to post incomplete works). It has drawing tools and a live broadcast feature.

I had no particular job to do, so I just did any technical things the others don't do.

pixiv Sketch had a backend server application providing RESTful APIs representing its resources and frontends providing the UI. Such a combination is called Backend-for-Frontend, or BFF. The backend was a Ruby on Rails application, and the frontends were Web, Android, and iOS applications.

I modified the WebRTC library for additional features on iOS like screencasting with audio and an extra audio configuration. https://github.com/pixiv/webrtc

The backend and the Web frontend of pixiv Sketch was assigned to me. I focused on reliability.

The backend interacted with MySQL and Redis. The Web frontend provided the UI with React with its state managed with Fluxible.

So it may mean "I'm happy with a small rice field" or I don't know. Indeed, I prefer to get things done with smaller code base.

324 contributions in the last year