Genesis is not ready for serious users yet. If you're excited about the project, follow the development blog or sustain development with financial support. 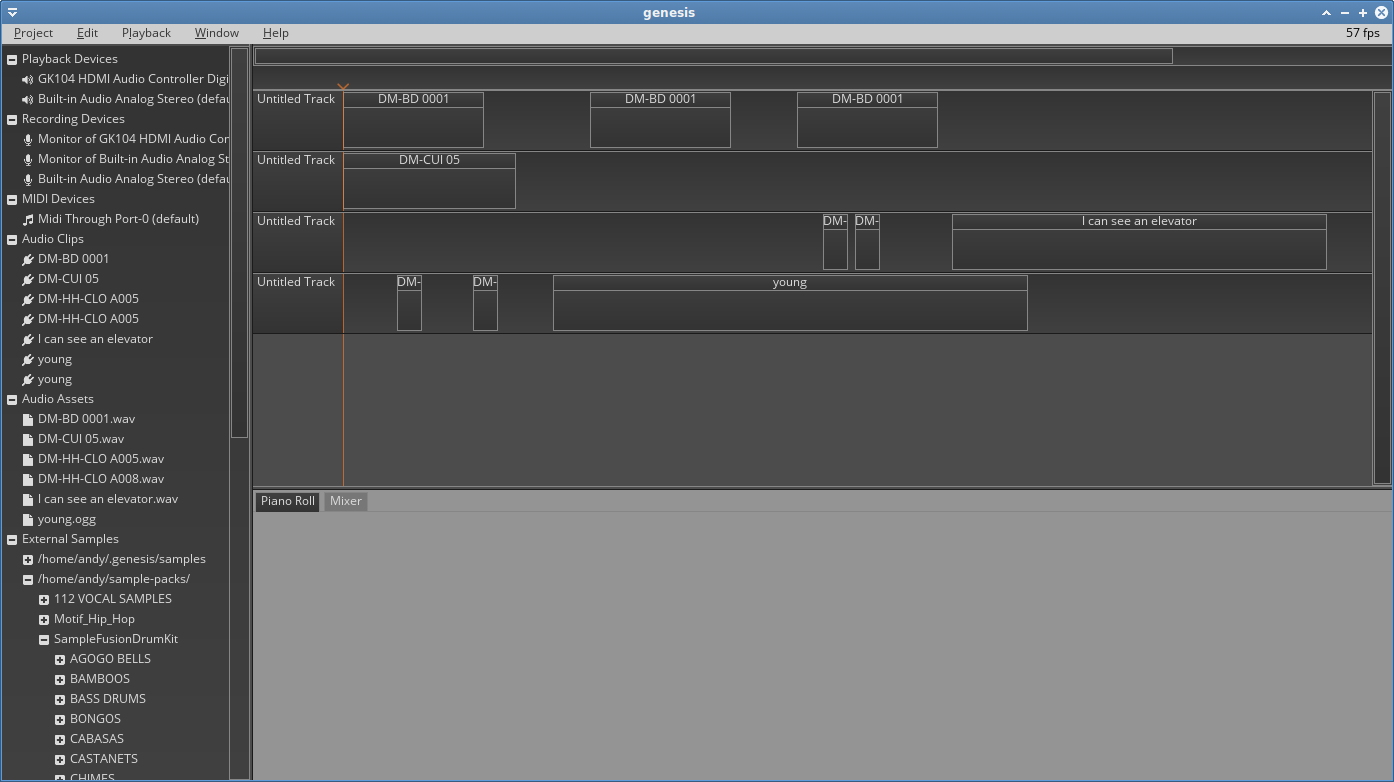 libgenesis is programmed in a tiny subset of C++:

When you build, you have 2 choices:

To build in Release mode:

Most operating systems do not attempt to make any real-time guarantees. This means that various operations do not guarantee a maximum bound on how long it might take. For example, when you allocate memory, it might be very quick, or the kernel might have to do some memory defragmentation and cache invalidation to make room for your new segment of memory. Writing to a hard drive might cause it to have to warm up and start spinning.

This can be a disaster if one of these non-bounded operations is in the audio rendering pipeline, especially if the latency is low. The buffer of audio going to the sound card might empty before it gets filled up, causing a nasty audio glitch sound known as a "buffer underrun".

In general, all syscalls are suspect when it comes to real-time guarantees. The careful audio programmer will avoid them all.

libgenesis meets this criteria with one exception. libgenesis takes advantage of hardware concurrency by using one worker thread per CPU core to render audio. It carefully uses a lock-free queue data structure to avoid making syscalls, but when there is not enough work to do and some threads are sitting idly by, those threads need to suspend execution until there is work to do.

So if there is more work to be done than worker threads, no syscalls are made. However, if a worker thread has nothing to do and needs to suspend execution, it makes a FUTEX_WAIT syscall, and then is woken up by another worker thread making a FUTEX_WAKE syscall.

The first 16 bytes of every Genesis project file are:

This uniquely identifies the file as a Genesis project file. The default file extension is .gdaw.

After this contains an ordered list of transactions. A transaction is a set of edits. There are 2 types of edits: put and delete.

Genesis is licensed with the General Public License. A full copy of the license text is included in the LICENSE file, but here's a non-normative summary:

As a user you have access to the source code, and if you are willing to compile from source yourself, you can get the software for free.