vgmoose released this · 53 commits to master since this release

This update should address a lot of the slowness and crashing that people have experienced. We have other infrastructure-related changes that we're still working on, but are publishing this now to make sure these client bugfixes are out there!

In July 2019, we passed our third year of hosting the Homebrew App Store service since starting on the Wii U! Thank you to everyone who has used the App Store or otherwise shown support for this project. You're the reason we keep doing this.

*Wii U Notice: The duplicate appstore entries in HBL was an oversight, but should resolve itself after launching either HBL app after the update. It has to do with old users migrating from .elf to .rpx, and me trying to consolidate it for each platform. After updating, the issue should not occur again in the future due to libget#8 being fixed.

vgmoose released this · 158 commits to master since this release

The PC build has also started migrating to Buck + Buckaroo for building and dependency management. It is my long term goal to use the same Buck configuration to compile across all platforms!

vgmoose released this · 238 commits to master since this release 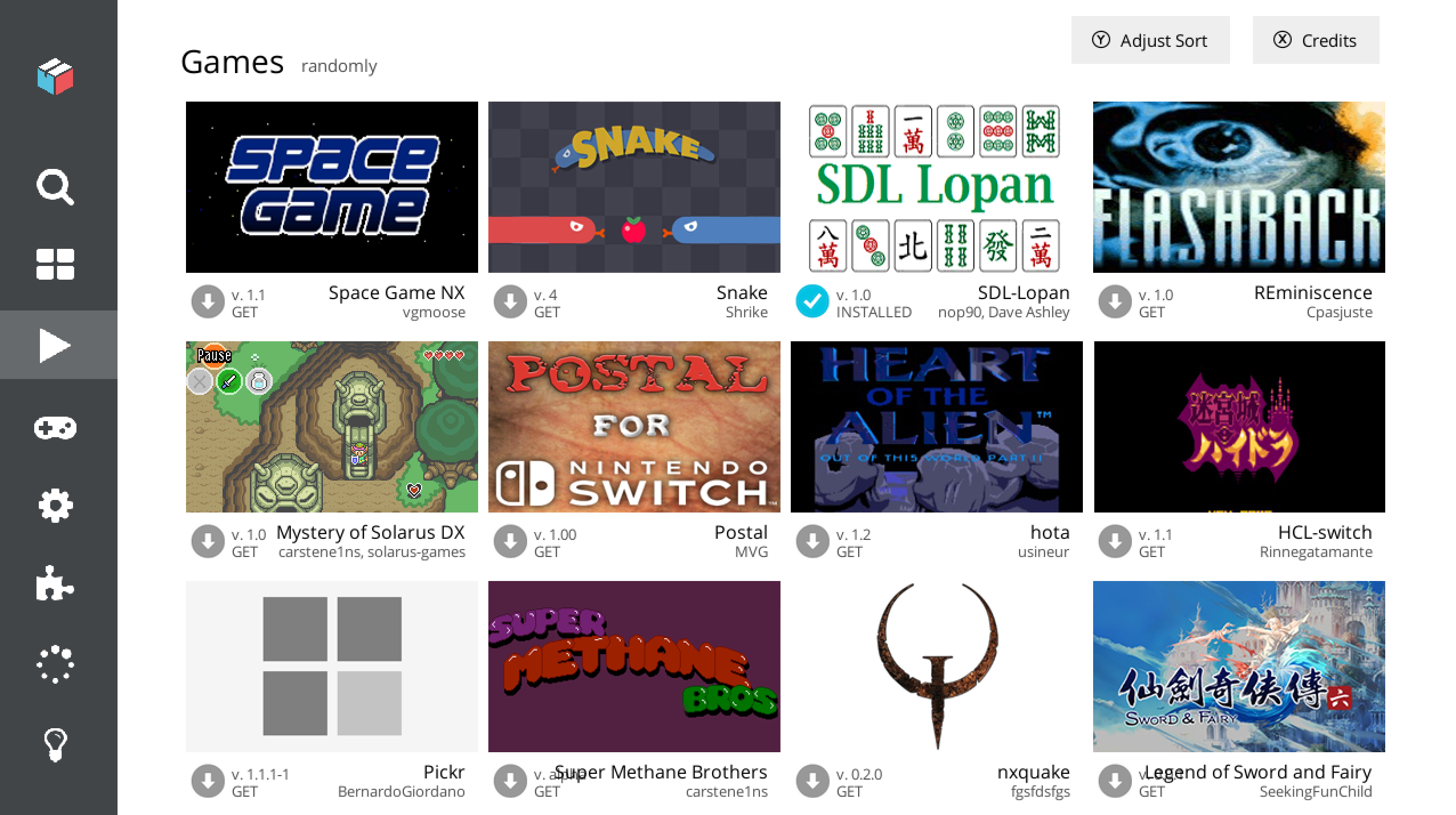 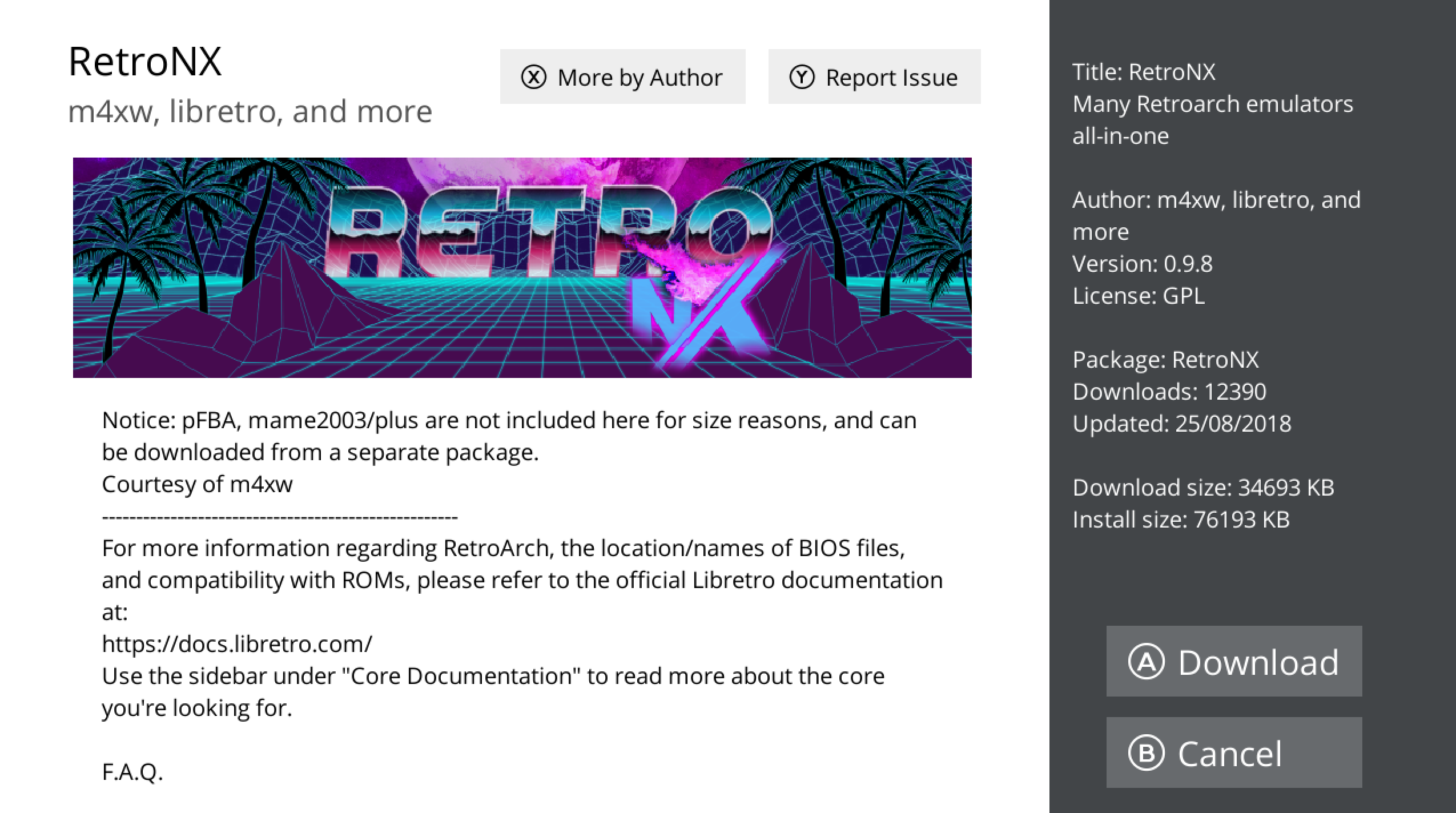 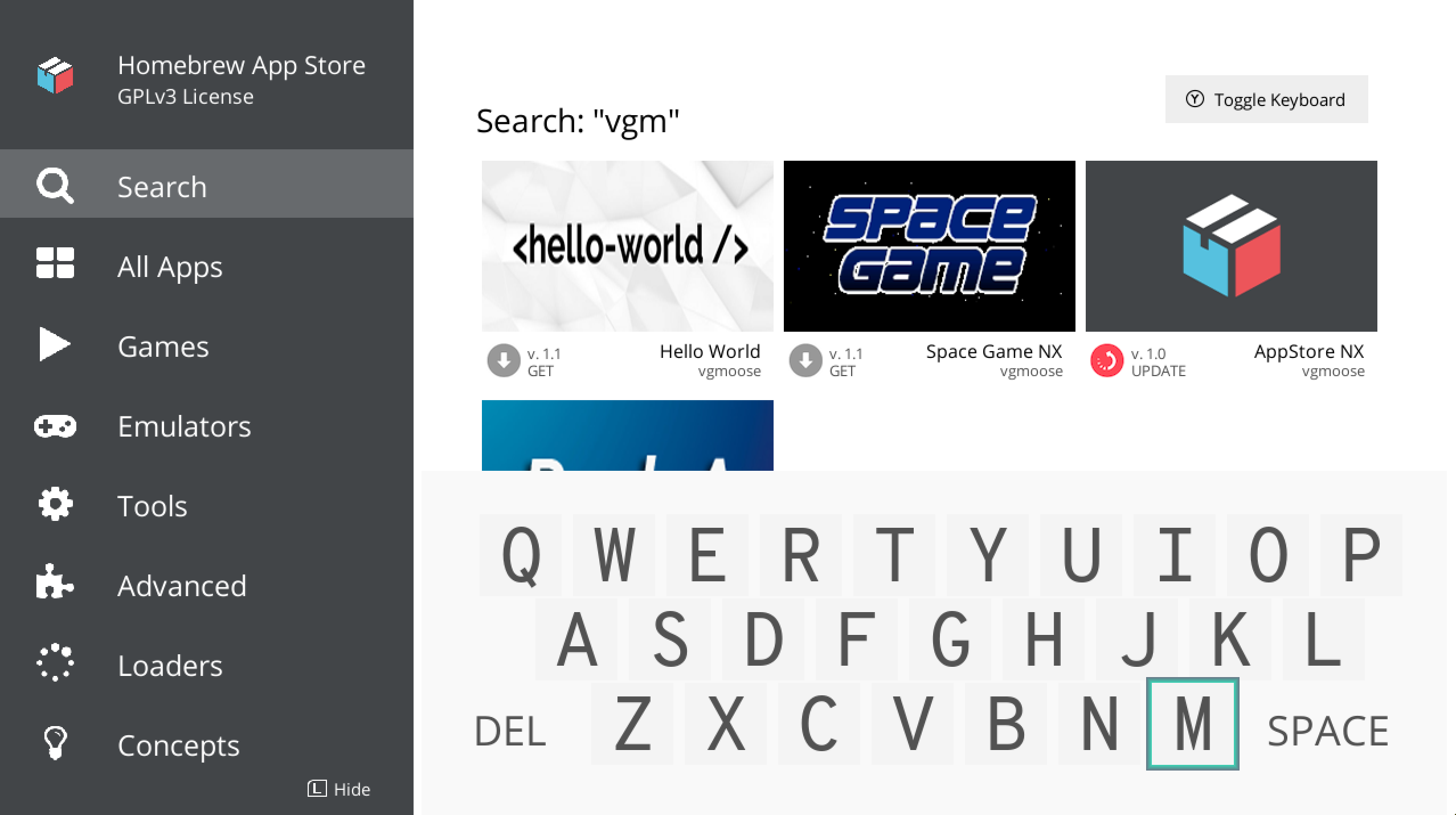 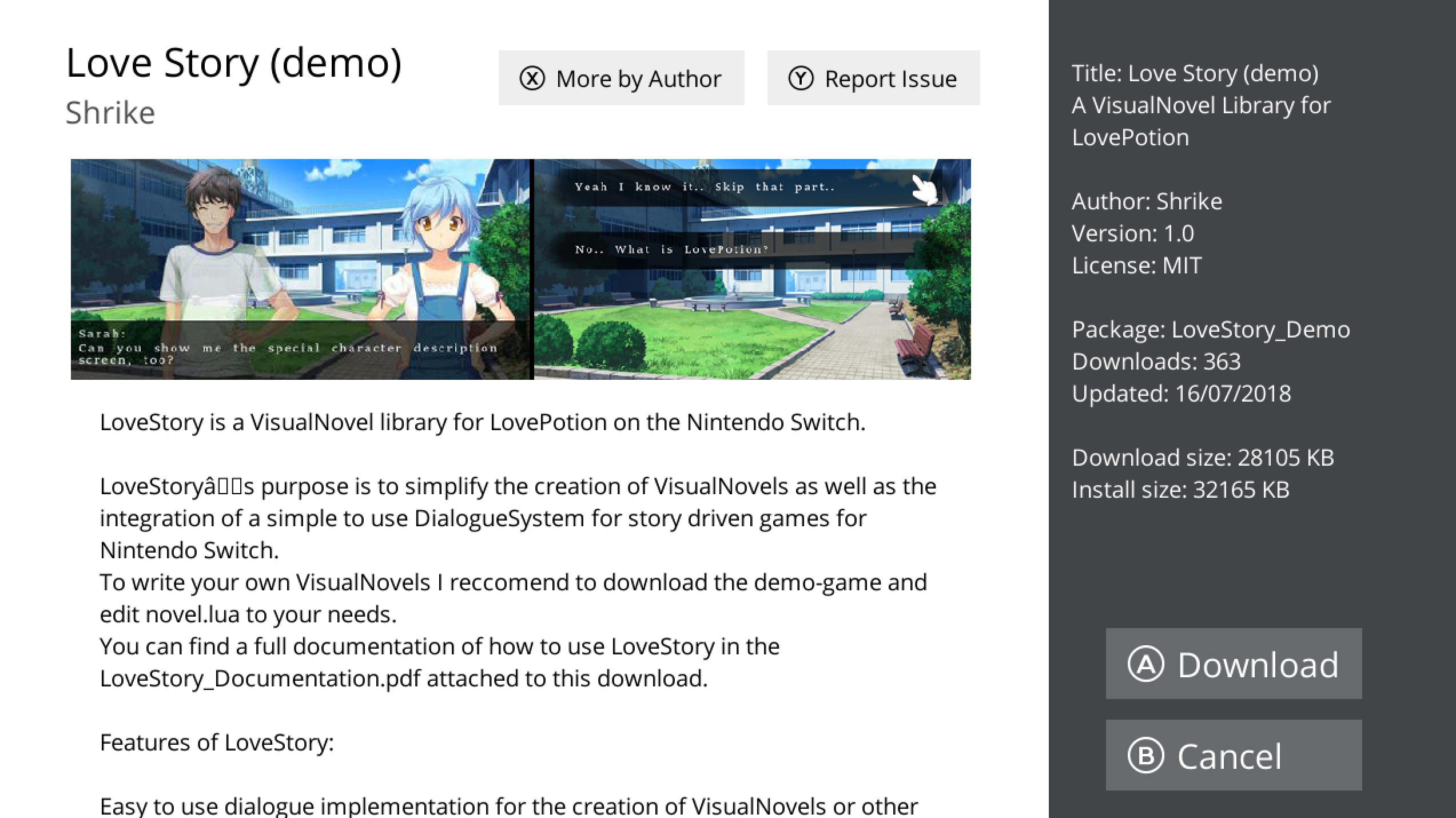 vgmoose released this · 333 commits to master since this release

This is a Switch homebrew app for downloading and installing more homebrew from Switchbru's repository.

To use it, see the instructions in the readme. Homebrew is only currently publicly compatible with 3.0.0 Switches.

The first load will take a while as it caches some icon and banner data, loads after that should be much faster. The best way to interact with the app is by using the touch screen, but there are also gamepad controls. 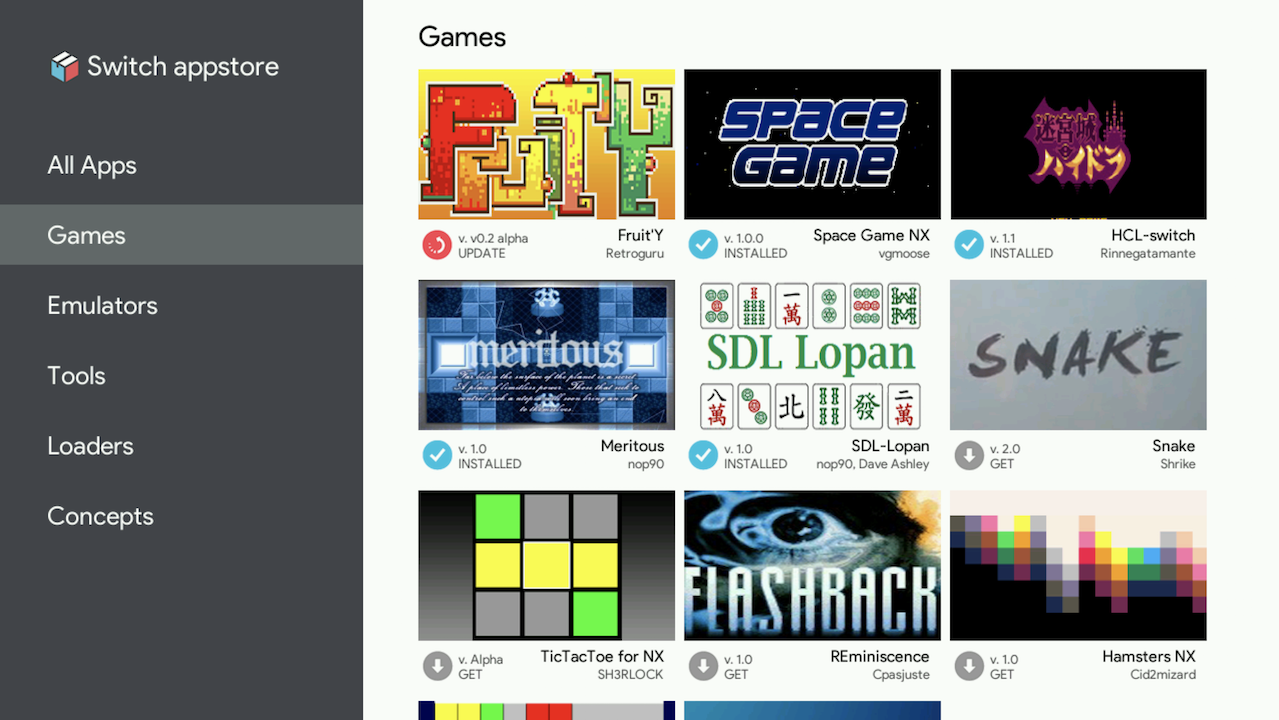 vgmoose released this · 360 commits to master since this release

This is a (preview!!) of a graphical front end to the "get" package manager, for downloading and managing installed homebrew apps on the Switch console itself. This is a spiritual successor to the Wii U Homebrew app store.

Thanks for checking out this app preview and reporting any feedback. I want the "get" package manager to be as versatile as possible to handle future apps, and also to backport these changes to the Wii U, so that it can also benefit from these enhancements.