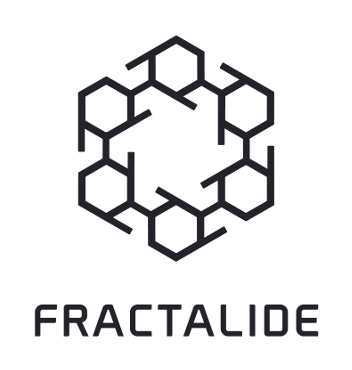 Fractalide is a free and open source service programming platform using dataflow graphs. Graph nodes represent computations, while graph edges represent typed data (may also describe tensors) communicated between them. This flexible architecture can be applied to many different computation problems, initially the focus will be Microservices to be expanded out into the Internet of Things.

Fractalide is in the same vein as the NSA’s Niagrafiles (now known as Apache-NiFi) or Google’s TensorFlow but stripped of all Java, Python and GUI bloat. Fractalide faces big corporate players like Ab Initio, a company that charges a lot of money for dataflow solutions.

Truly reusable and reproducible efficient nodes is what differentiates Fractalide from the others. It’s this feature that allows open communities to mix and match nodes quickly and easily.

Fractalide stands on the shoulders of giants by combining the strengths of each language into one programming model.

Tagline: "Nixpkgs is not enough! Here, have 'Nixfuncs' too!"

Fractalide brings reproducible, reusable, black-box dataflow functions, a means to compose them and a congruent model of configuration management.

Tagline: Safety extended beyond the application boundary into infrastructure.

Tagline: Here, have a beer!

Language level modules become tightly coupled with the rest of the code, moving around these modules also poses a problem.

An unanticipated outcome occurred when combining FBP and Nix. It’s become our peanut butter and jam combination, so to say, but requires a bit of explaining, so hang tight.

Nix is a content addressable store, so is git, so is docker, except that docker’s SHA resolution is at container level and git’s SHA resolution is at changeset level. Nix on the other hand has a SHA resolution at package level, and it’s known as a derivation. If you’re trying to create reproducible systems this is the correct resolution. Too big and you’re copying around large container sized images with multiple versions occupying gigabytes of space, too small and you run into problems of git not being able to scale to support thousands of binaries that build an operating system. Therefore Nix subsumes Docker.

Indeed it’s these simple derivations that allow python 2.7 and 3.0 to exist side-by-side without conflicts. It’s what allows the Nix community to compose an entire operating system, NixOS. These derivations are what makes NixOS a congruent configuration management system, and congruent systems are reproducible systems. They have to be.

Flow-based programming in our books has delivered on its promise. In our system FBP components are known as a nodes and they are reusable, clean and composable. It’s a very nice way to program computers. Though, we’ve found, the larger the network of nodes, the more overhead required to build, manage, version, package, connect, test and distribute all these moving pieces. This really doesn’t weigh well against FBP’s advantages. Still, there is this beautiful reusable side that is highly advantageous! If only we could take the good parts?

When nix is assigned the responsibility of declaratively building fbp nodes, a magic thing happens. All that manual overhead of having to build, manage and package etc gets done once and only once by the node author, and completely disappears for everyone thereafter. We’re left with the reusable good parts that FBP has to offer. Indeed the greatest overhead a node user has, is typing the node's name. We’ve gone further and distilled the overhead to a few lines, no more intimidating than a typical config file such as Cargo.toml:

Now just to be absolutely clear of the implications; it’s possible to call an extremely complex community developed hierarchy of potentially 1000+ nodes, where each node might have different https://crates.io dependencies, they might have OS level dependencies such as openssl etc and nix will ensure the entire hierarchy is correctly built and made available. All this is done by just typing the node name and issuing a build command.

It’s this feature that sets us apart from Google TensorFlow and Apache-NiFi. It contains the DNA to build a massive sprawling community of open source programmers, this and the C4, that is. It’s our hope anyway!

The vast majority of system configuration management solutions use either the divergent or convergent model. 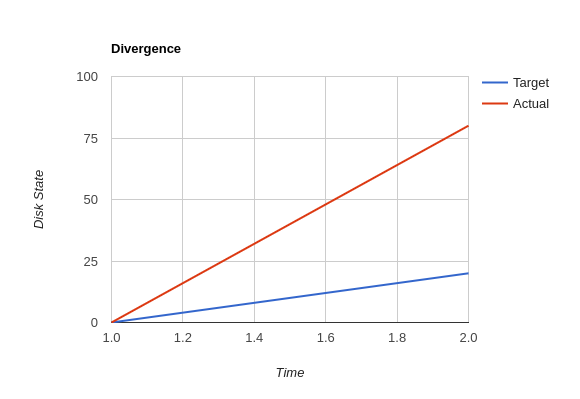 "One quick way to tell if a shop is divergent is to ask how changes are made on production hosts, how those same changes are incorporated into the baseline build for new or replacement hosts, and how they are made on hosts that were down at the time the change was first deployed. If you get different answers, then the shop is likely divergent. 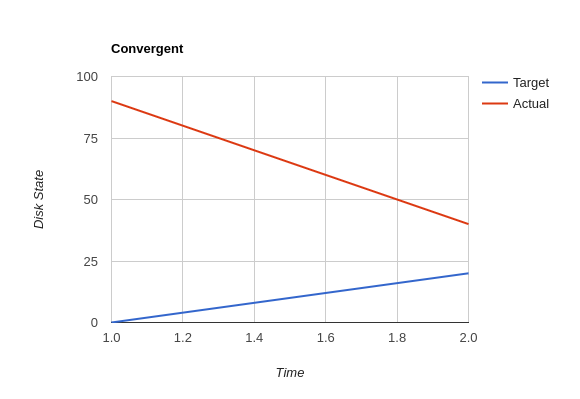 "The baseline description in a converging infrastructure is characteristically an incomplete description of machine state. You can quickly detect convergence in a shop by asking how many files are currently under management control. If an approximate answer is readily available and is on the order of a few hundred files or less, then the shop is likely converging legacy machines on a file-by-file basis.

A convergence tool is an excellent means of bringing some semblance of order to a chaotic infrastructure. Convergent tools typically work by sampling a small subset of the disk - via a checksum of one or more files, for example - and taking some action in response to what they find. The samples and actions are often defined in a declarative or descriptive language that is optimized for this use. This emulates and preempts the firefighting behavior of a reactive human systems administrator - "see a problem, fix it." Automating this process provides great economies of scale and speed over doing the same thing manually.

Because convergence typically includes an intentional process of managing a specific subset of files, there will always be unmanaged files on each host. Whether current differences between unmanaged files will have an impact on future changes is undecidable, because at any point in time we do not know the entire set of future changes, or what files they will depend on.

It appears that a central problem with convergent administration of an initially divergent infrastructure is that there is no documentation or knowledge as to when convergence is complete. One must treat the whole infrastructure as if the convergence is incomplete, whether it is or not. So without more information, an attempt to converge formerly divergent hosts to an ideal configuration is a never-ending process. By contrast, an infrastructure based upon first loading a known baseline configuration on all hosts, and limited to purely orthogonal and non-interacting sets of changes, implements congruence. Unfortunately, this is not the way most shops use convergent tools…​" 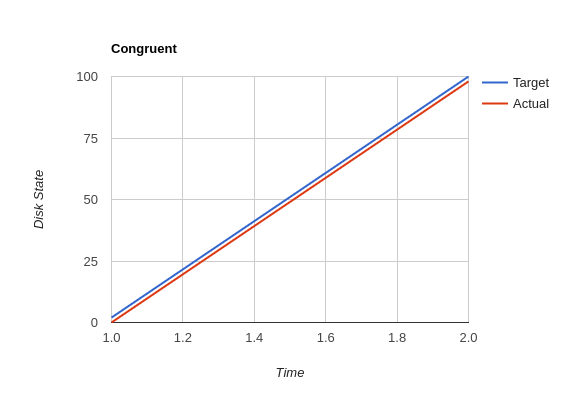 "By definition, divergence from baseline disk state in a congruent environment is symptomatic of a failure of code, administrative procedures, or security. In any of these three cases, we may not be able to assume that we know exactly which disk content was damaged. It is usually safe to handle all three cases as a security breach: correct the root cause, then rebuild.

You can detect congruence in a shop by asking how the oldest, most complex machine in the infrastructure would be rebuilt if destroyed. If years of sysadmin work can be replayed in an hour, unattended, without resorting to backups, and only user data need be restored from tape, then host management is likely congruent.

Rebuilds in a congruent infrastructure are completely unattended and generally faster than in any other; anywhere from ten minutes for a simple workstation to two hours for a node in a complex high-availability server cluster (most of that two hours is spent in blocking sleeps while meeting barrier conditions with other nodes).

Symptoms of a congruent infrastructure include rapid, predictable, "fire-and-forget" deployments and changes. Disaster recovery and production sites can be easily maintained or rebuilt on demand in a bit-for-bit identical state. Changes are not tested for the first time in production, and there are no unforeseen differences between hosts. Unscheduled production downtime is reduced to that caused by hardware and application problems; firefighting activities drop considerably. Old and new hosts are equally predictable and maintainable, and there are fewer host classes to maintain. There are no ad-hoc or manual changes. We have found that congruence makes cost of ownership much lower, and reliability much higher, than any other method."

Fractalide does not violate the congruent model of Nix, and it’s why NixOS is a dependency. Appreciation for safety has extended beyond the application boundary into infrastructure as a whole.

A language needed to be chosen to implement Fractalide. Now as Fractalide is primarily a Flow-based programming environment, it would be beneficial to choose a language that at least gets concurrency right.

Rust was a perfect fit. The concept of ownership is critical in Flow-based Programming. The Flow-based scheduler is typically responsible for tracking every Information Packet (IP) as it flows through the system. Fortunately Rust excels at getting the concept of ownership right. To the point of leveraging this concept that a garbage collector is not needed. Indeed, different forms of concurrency can be layered on Rust’s ownership concept. One very neat advantage Rust gives us is that we can very elegantly implement Flow-based Programming’s idea of concurrency. This makes our scheduler extremely lightweight as it doesn’t need to track IPs at all. Once an IP isn’t owned by any component, Rust makes it wink out of existance, no harm to anyone.

We wanted to ensure there was no ambiguity about the shape of the data a node receives. Also if the shape of data changes, the error must be caught at compile time. Cap’n Proto schema fits these requirements, and fits them perfectly when nix builds the nodes calling the Cap’n Proto schema. Because, if a schema changes, nix will register the change and will rebuild everything (nodes and subgraphs) that depends on that schema, thus catching the error. We’ve also made it such, during graph load time agents cannot connect their ports unless they use the same Cap’n Proto schema. This is a very nice safety property.

From a fresh install of NixOS (using the nixos-unstable channel) we’ll build the fractalide virtual machine (fvm) and execute the humble NAND logic gate on it.

Q: I’m kind of new to Github, how do I get started?

Now you can add and commit your changes:

Q: What happens after I send a pull request?

If your pull request contains a correct patch (read the C4) a maintainer should merge it. If you want to work on another problem in the meantime simply repeat the above steps starting at:

Q: Can I be paid to contribute to Fractalide?

Yes, this is sometimes possible. Your first step is to very carefully read and understand everything above, including the linked files, then start fixing problems and sending pull requests! If your code is amazing and brilliant but you don’t understand the contribution process we cannot consider you for a paid position. Make sure you follow the project on Github so you get updates. Contact Fractalide’s BDFL (Benevolent Dictator For Life): Stewart Mackenzie if you’ve been contributing code to Fractalide and want to keep doing it but but you require financial assistance.

The project license is specified in LICENSE. Fractalide is free software; you can redistribute it and/or modify it under the terms of the Mozilla Public License Version 2 as approved by the Free Software Foundation.