Buriburi is a micromouse for solving 16x16 classic micromouse mazes taking as basis the amazing Bulebule project. The name is in itself a tribute to Bulebule, but using the viking reference to Buri (the grandfather of Thor and the primigineous god in the norse tradition Link to Buri in Wikipedia.

The main difference we have with the original Bulebule are the motors. We have changed the expensive great Faulhaber motors, using a more economic (and probably with worst performance) coreless mini-drone ones. 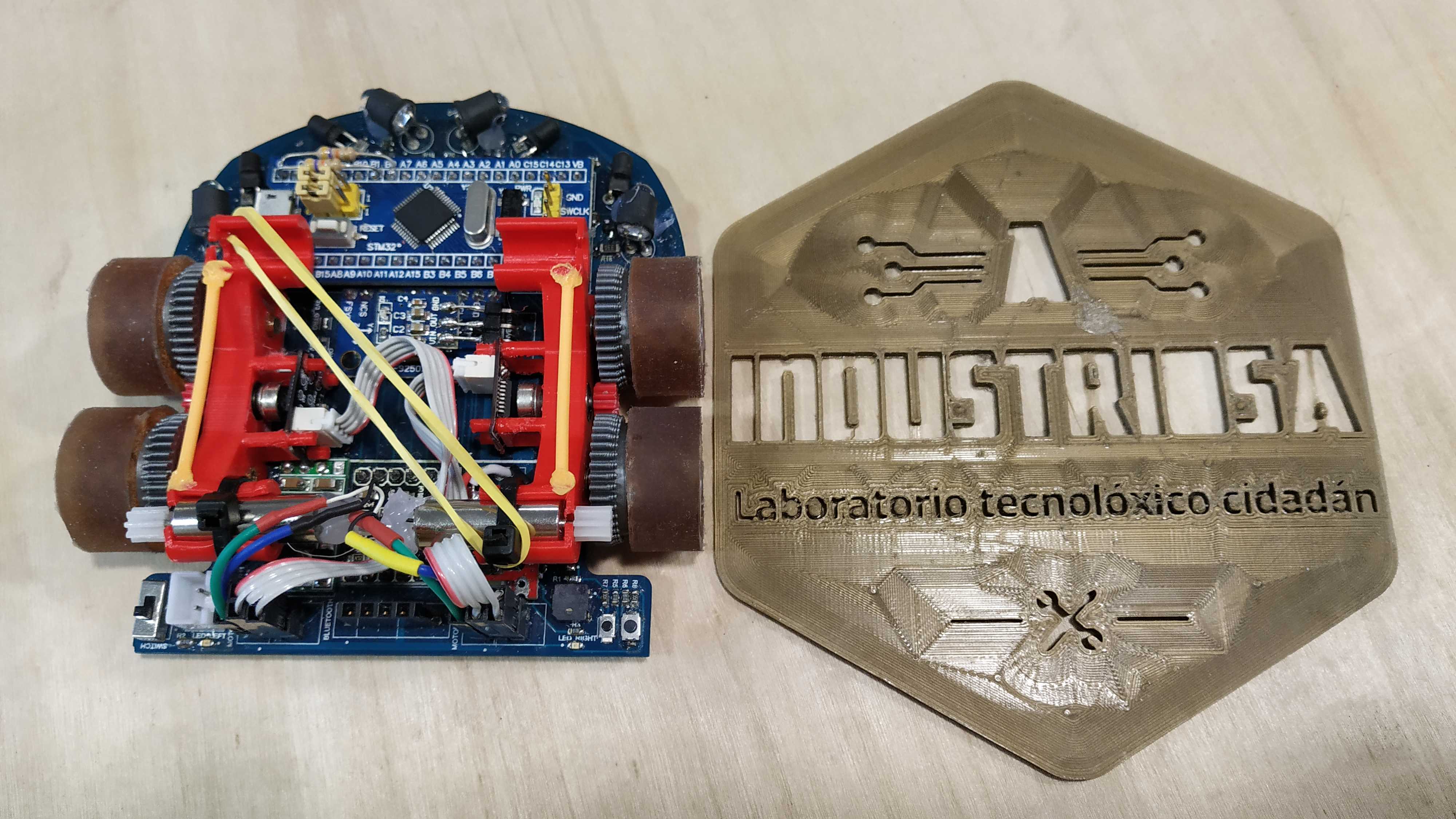 You can find plenty of Buriburi's photos here.

The holders were initially thought for using four motors (two by each side) but using a configuration with only two motors is also possible.

Rubber bands were used here and there in order to fasten the batteries. 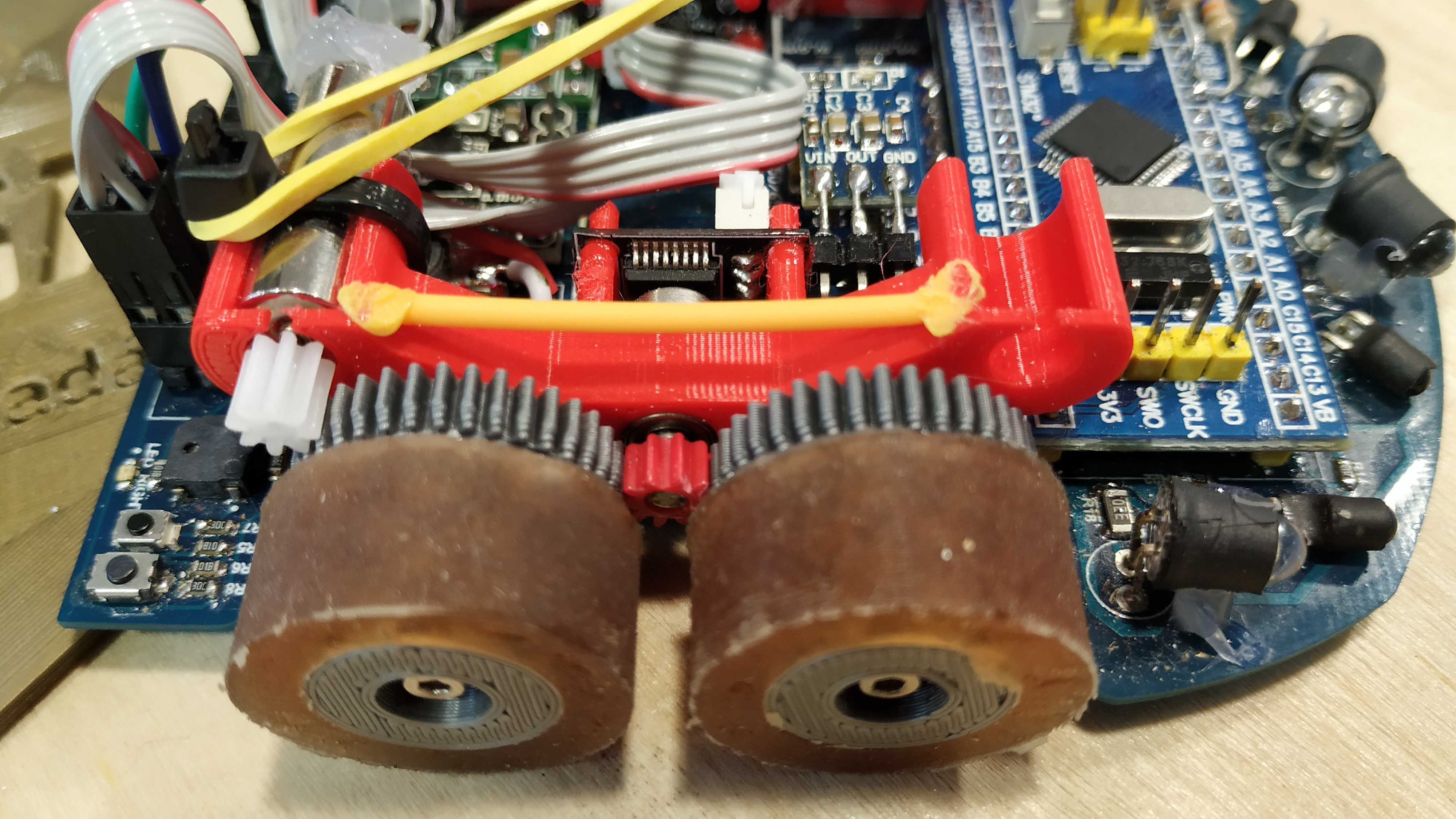 The wheels are also different from the original. The complete wheel-gear-motor holder setup can be found in https://gitlab.com/punkto/line_follower_3d_designs/blob/master/parts/chassis%20parts/bule_bule_motor_wheel_holder.FCStd

The tire's molds have been also printed. The stl and FreeCad files are placed in https://gitlab.com/punkto/line_follower_3d_designs/tree/master/parts/chassis%20parts as well.

We have tested silicone and urethane as material for the tires, having urethane better grip.

The board used in Buri Buri can be found at https://github.com/pcounhago/as5145b_board

The board and this concrete instance of Bulebule is fully compatible with the Bulebule software (as it is basically the same board).

You can find the original software here.

For Buriburi, we have forked this project Buri-version here. We have made a few changes over the original software just to have some functional version for the Oshwdem 2019. Mainly we have simplified a little bit the configuration menu and tuned the parameters specific for our car (PID and sensors). Some of the decisions were made simply to overcome some issues appearing whilst testing the car but neither the logic nor the physics implemented were substantially changed (e.g. our sensors have very bad performance at close distance and the motors have a very different performance than the original, especially in the 180º turn so we have to tweak the software in that part). If you plan to build a new Buri-version of Bulebule it is very advisable to use the original software instead because it will be more up to date than this version although we will try to update master with the contributions of the original project.

The original project is very well documented and a good starting point for all the people who wants to build their first micromouse. We highly recommend to read all the documentation before starting to build the Buri version.

We have to give thanks to the team behind the Bulebule project for sharing this amazing project with the community!