This polyfill conditionally replaces the native implementation rather then fixing the missing functions, since otherwise there is no way to get or delete existing values in the FormData object. Therefore this also patches XMLHttpRequest.prototype.send and fetch to send the FormData as a blob, and navigator.sendBeacon to send native FormData.

I was unable to patch the Response/Request constructor so if you are constructing them with FormData you need to call fd._blob() manually.

If you need to support IE <= 9 then I recommend you to include eligrey's blob.js

Based on this you can decide for yourself if you need this polyfill. 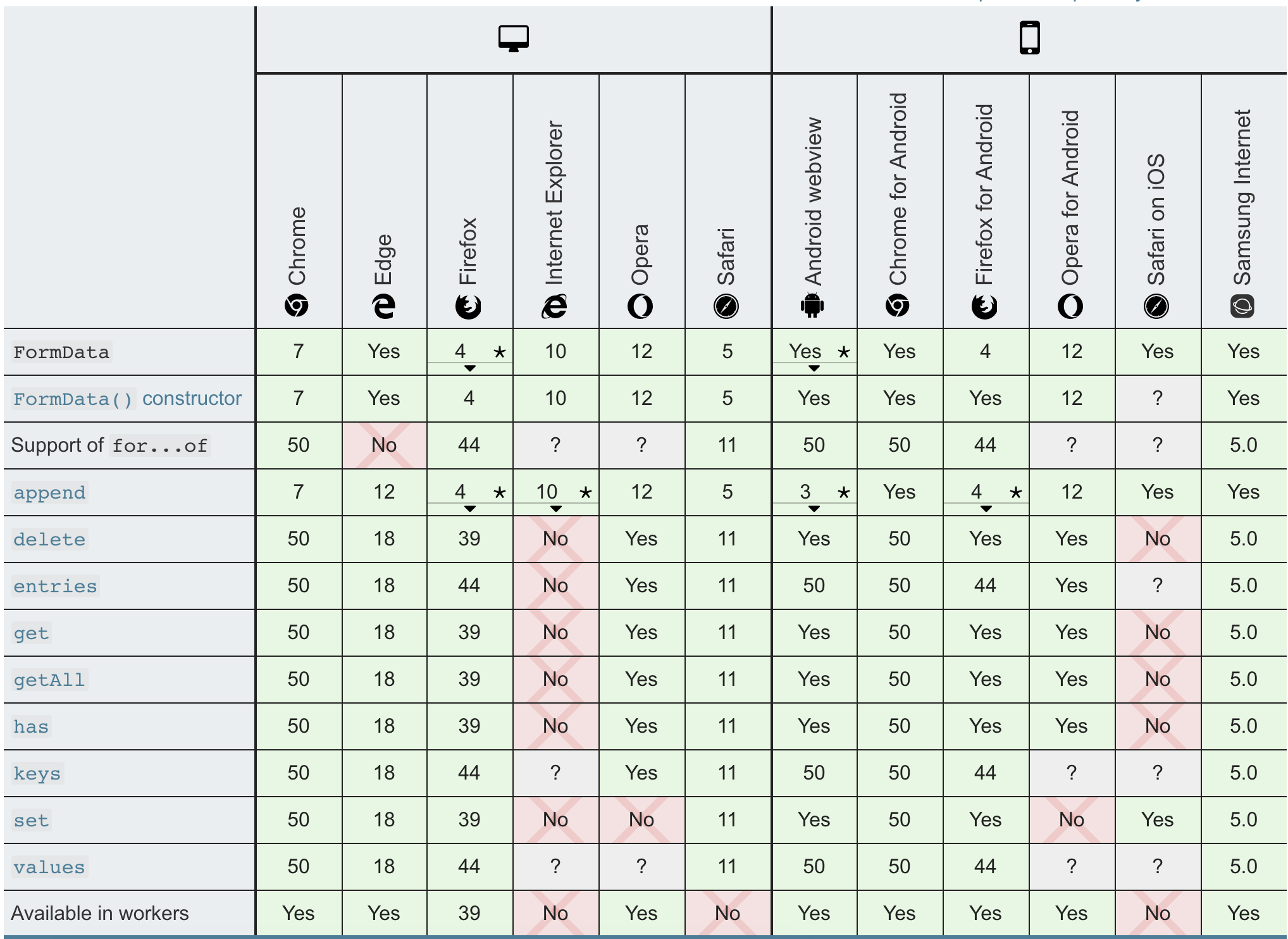 This polyfill normalizes support for the FormData API:

ignore fields that are inside a disabled fieldset Latest
+ 12 releases