You can install shell-pop.el from MELPA and Marmalade with package.el.

Make sure to place shell-pop.el somewhere in the load-path and add the following lines to your init file(~/.emacs.d/init.el, ~/.emacs etc).

Use M-x customize-variable RET shell-pop-shell-type RET to customize the shell to use. Four pre-set options are: shell, terminal, ansi-term, and eshell. You can also set your custom shell if you use other configuration.

For terminal and ansi-term options, you can set the underlying shell by customizing shell-pop-term-shell. By default, shell-file-name is used, but you can also use /bin/tcsh, /bin/zsh or others.

Use M-x customize-group RET shell-pop RET to set further options such as hotkey, window height and position. You can get a full frame layout by setting full to shell-pop-window-position.

After saving the customized values, your .emacs file will be like as follows.

Position of popup window. You can choose "bottom", "top", "right", "left" and "full". Use entire frame when this value is "full".

This option allows you to generate the shell window with the same width as the current Emacs frame. It is beneficial when you are always using multiple windows on Emacs. In detail, see https://github.com/kyagi/shell-pop-el/pull/21#issuecomment-48876673

This hook runs when the shell's process exits.

Just hit the hot key you customized for shell-pop-universal-key. For example, C-t for the above case.

You can have multiple shell buffers if you run shell-pop with universal-arguments. For example, C-u 2 C-t. You can increase the number(2, 3, 4, ...) as much as you want for different shell buffers. 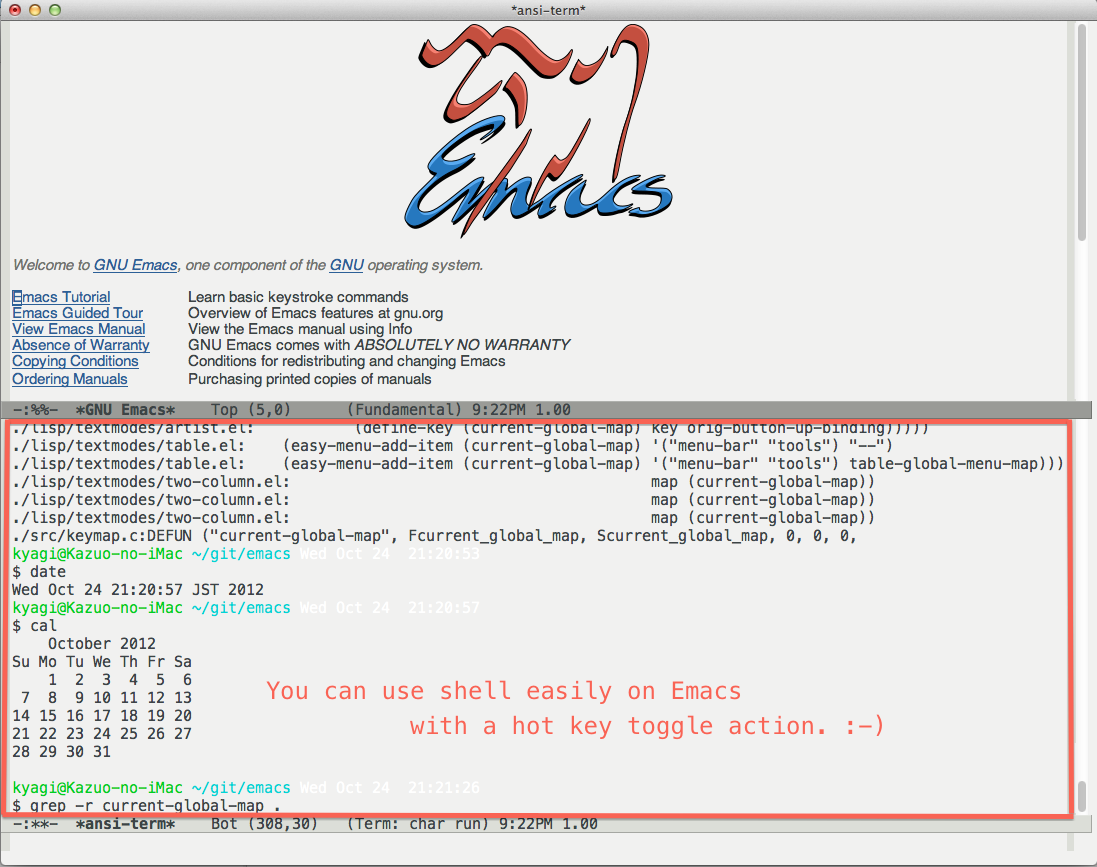