This is one of the first PHP projects written back in 2003 and then slightly enhanced in 2008.

I kept the original formatting of files, just converted cp1251 codepage, I was using back then, into utf8.

This is a piece of code that worked since year 2003.

It was used by a group of 10-15 people to create jokes online. Jokes were a part of a bigger thing, called КВН (famous game from USSR and long after).

The name kontra comes from the russian kontrolnaja, which stands for test. This format was pretty popular offline, where people would write down random questions, and the other people would try to reply in a funny and humorous way to it. After all questions were answered, one would read it aloud, one-by-one, and depending on the reaction of everyone (funny or not), the joke might be promoted, to be used later in a game.

So this project was simply covering the writing part. Where anyone (with a proper password) could write questions and answers, vote and make fun ;)

Well, it was written when PHP4 was becoming more and more popular. It used MySQL 3 and then 4 database.

It also introduced self-written template parser (see mytempl), which boasted some nice features like includes, repeated blocks, conditionals and much much less!

And, it was a single page app, because everything was inside kontra.php :D

Coming from Perl world, led to some parts of code to look like it is perl

Yep, no regrets for errors & warnings

Although it looked like you can do SQL-injections quite easily, it was. Not everything was properly escaped, but I was trusting my men :D

Ok, why should it be public then?

Well, it might not be the most perfect piece of code written, but it was delivering the business value. For quite some years. It was also a pretty successful back then (judging by the span of time it was used through and amount of people that used it).

Plus it looks funny, I'm not going to feel any shame over this code, it was written more than 13 years ago.

The idea was improved, redesigned, redeveloped and is now available as loliful app

Do whatever you want license. Especially if you'd make it start in the first place ;)

Well, if you really want that, you can use docker

With some luck it should be accessible through http://mf.local.net in your browser. 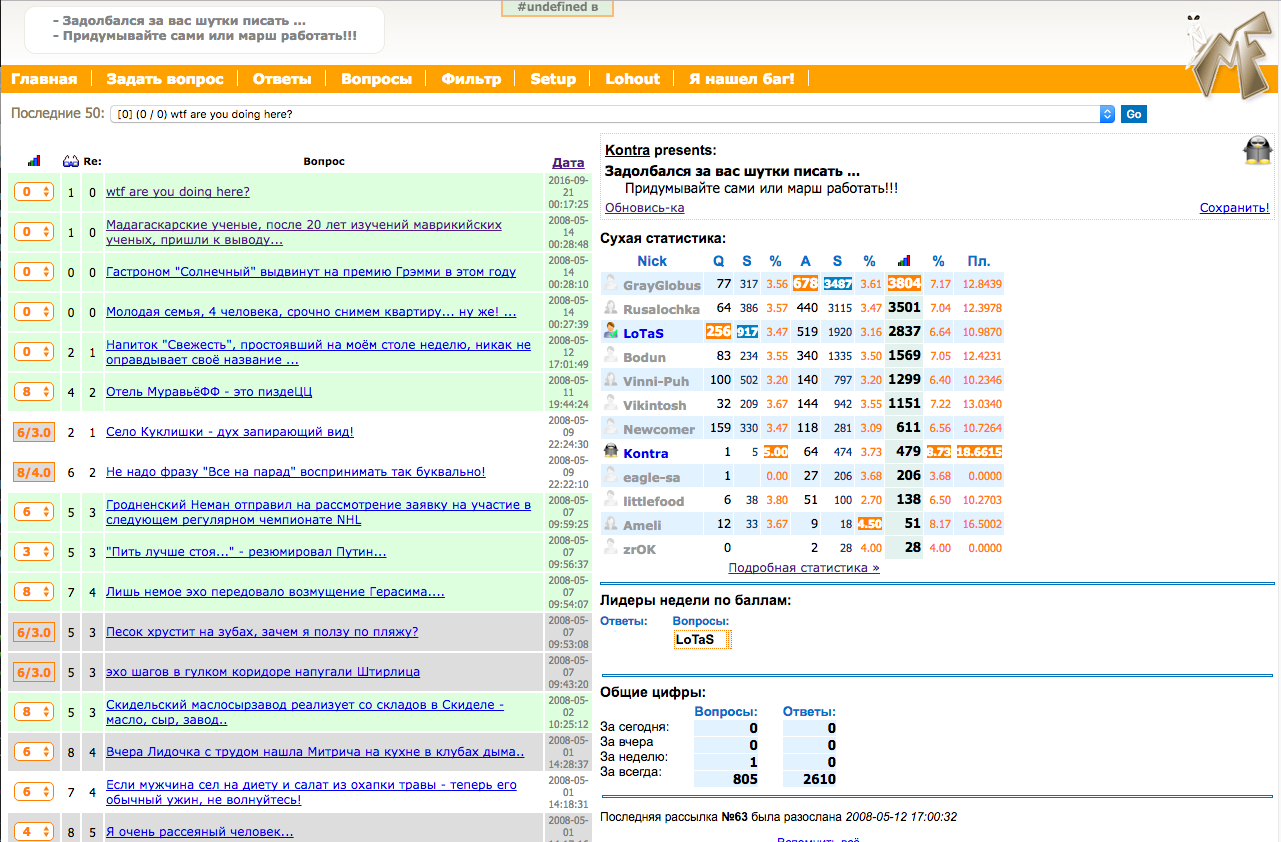 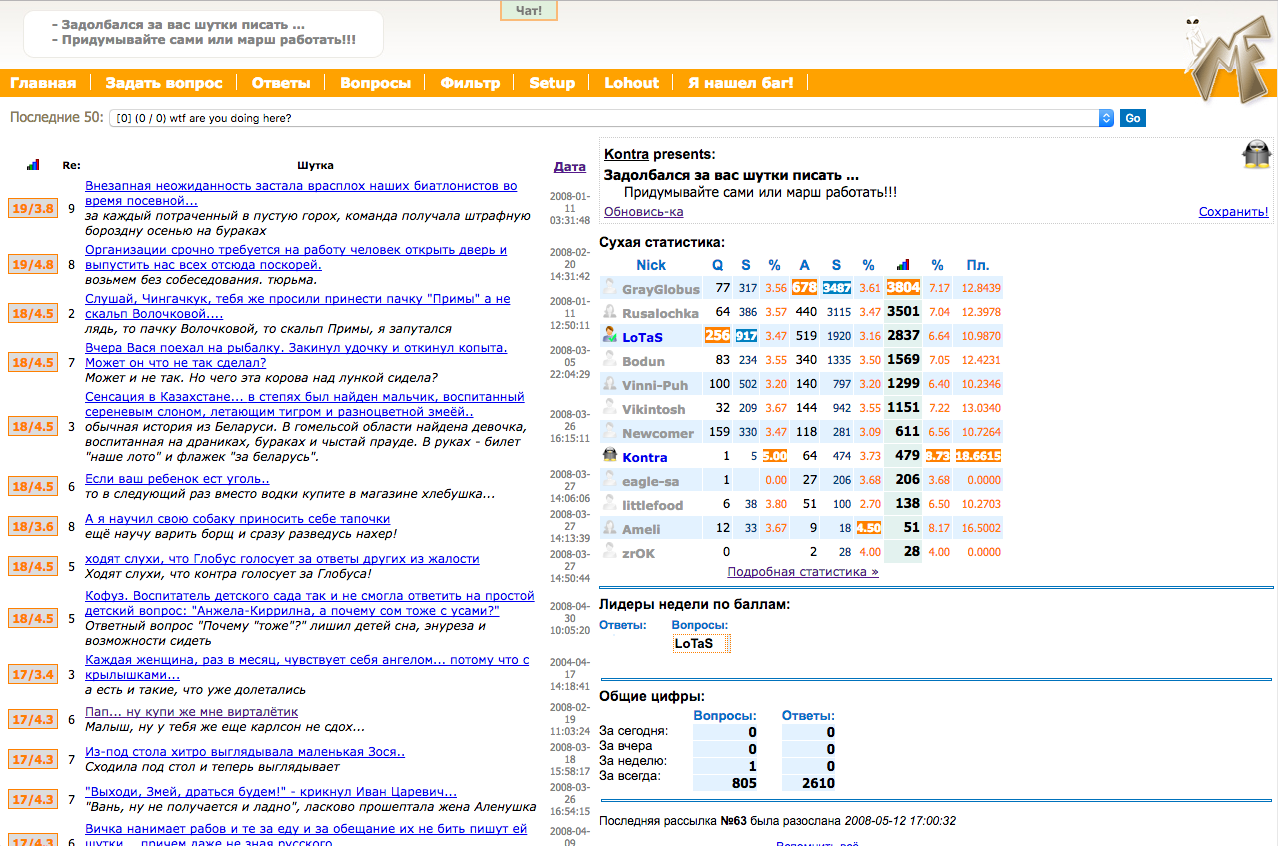 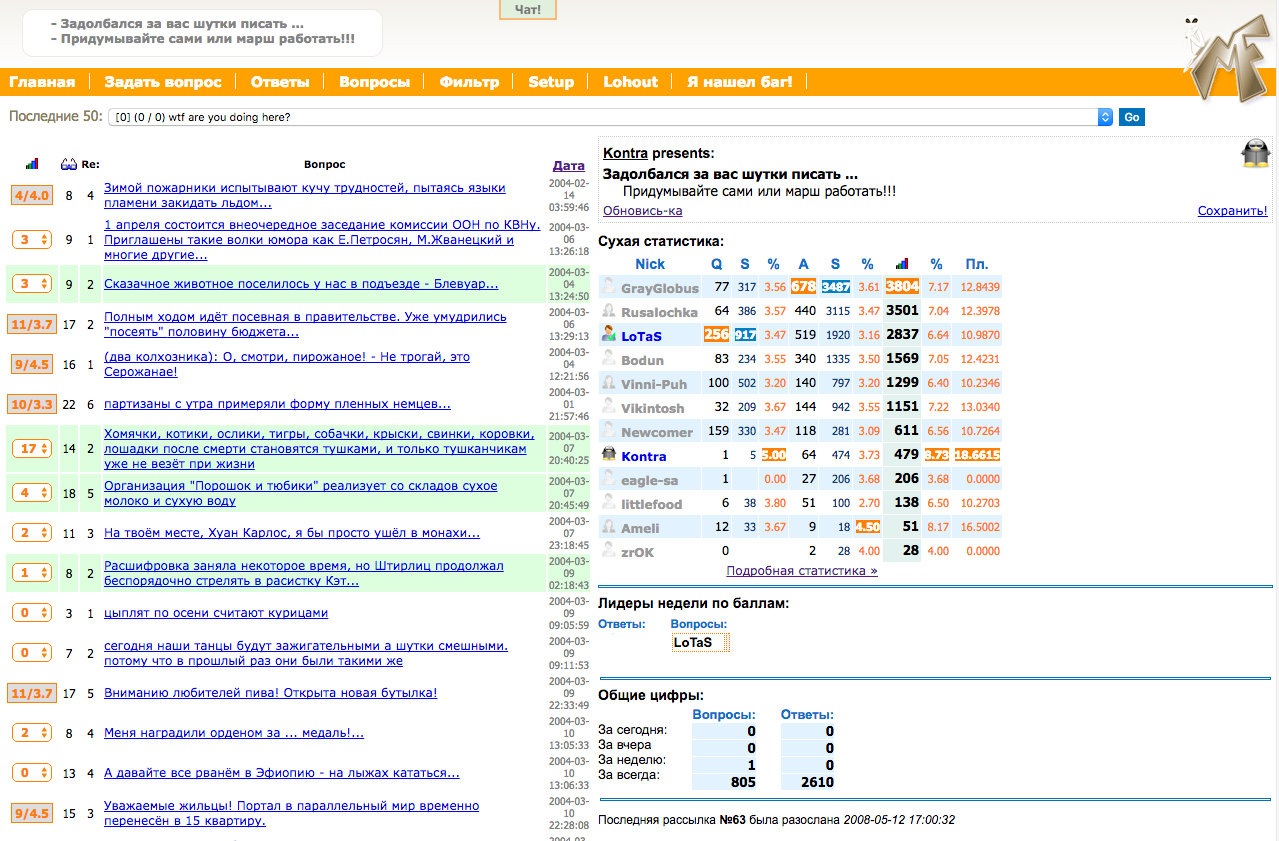 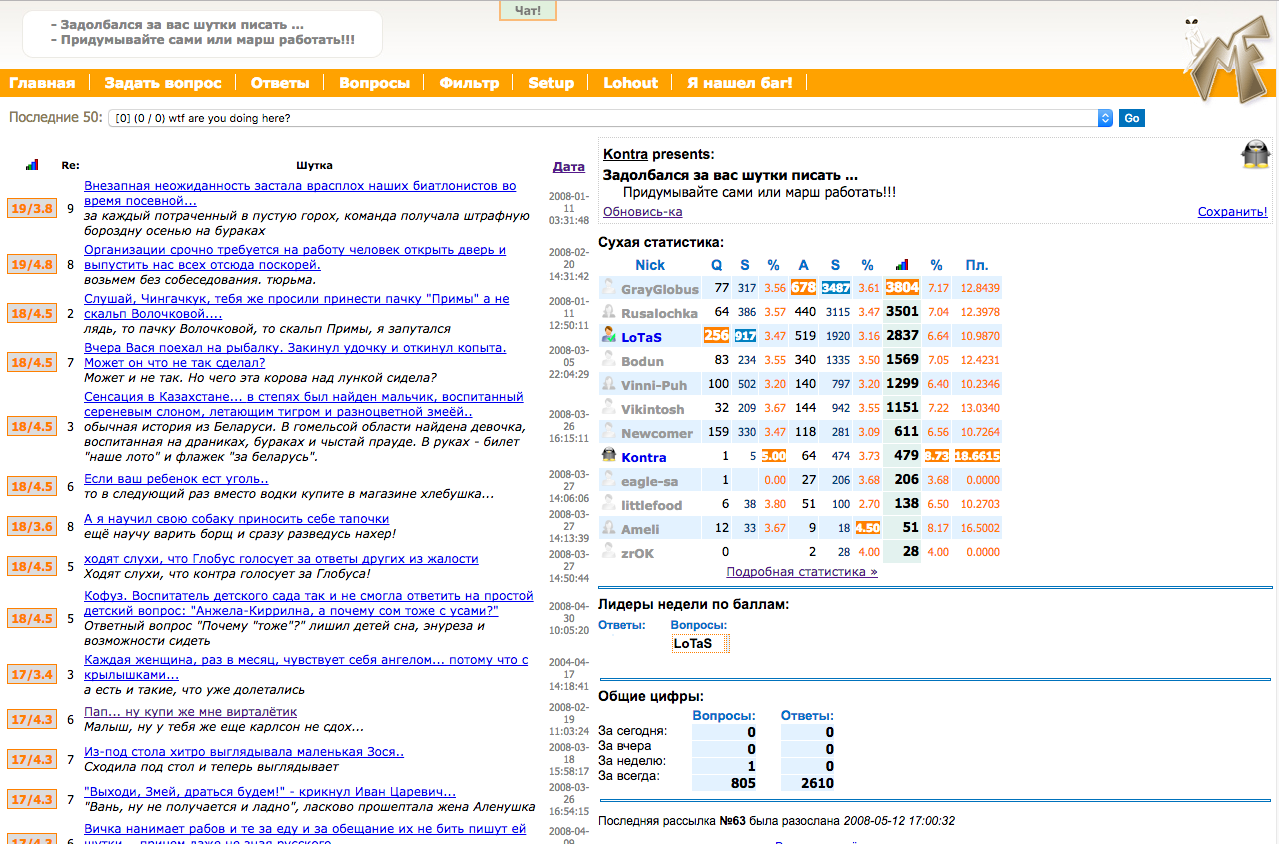