For Minecraft 1.13, see issue #113. TL;DR: Minecraft 1.13 support is pretty much complete, few small features and full documentation are still in progress. Can be built from source from world113 branch or nightly packages can be used.

Due to my university studies and other projects, unfortunately I'm not able to develop new features for Mapcrafter anymore. I'll try to keep up with the issues on GitHub from time to time, so if you're experiencing a problem, don't mind reporting it. You can still submit feature requests in case I or someone else decides to do some work on Mapcrafter. I'm happy about PRs too. If you want to work on Mapcrafter and need help with something just ask me (Mail, IRC, GitHub), I can tell you a bit about how the project is structured.

Mapcrafter is a high performance Minecraft map renderer written in C++. It renders Minecraft worlds to a bunch of images which are viewable in any webbrowser using Leaflet.js.

Mapcrafter is free software and available under the GPL license. You can access the latest source code of Mapcrafter on GitHub: http://github.com/mapcrafter/mapcrafter 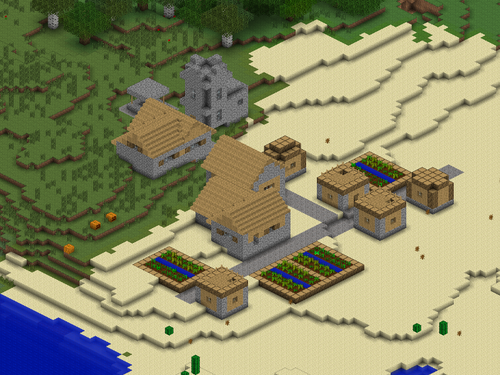 There are a few example maps of the renderer on the GitHub Wiki. Please feel free to add your own map to this list.

If you find bugs or problems when using Mapcrafter or if you have ideas for new features, then please feel free to add an issue to the GitHub issue tracker.

You can contact me in IRC (#mapcrafter on Freenode). Use the webclient if you are new to IRC. I will be there most of the time, but please bear in mind that I can't be available all the time. If I'm not there, wait some time or try another time of the day.

You can also ask questions in the Minecraft Forum thread.