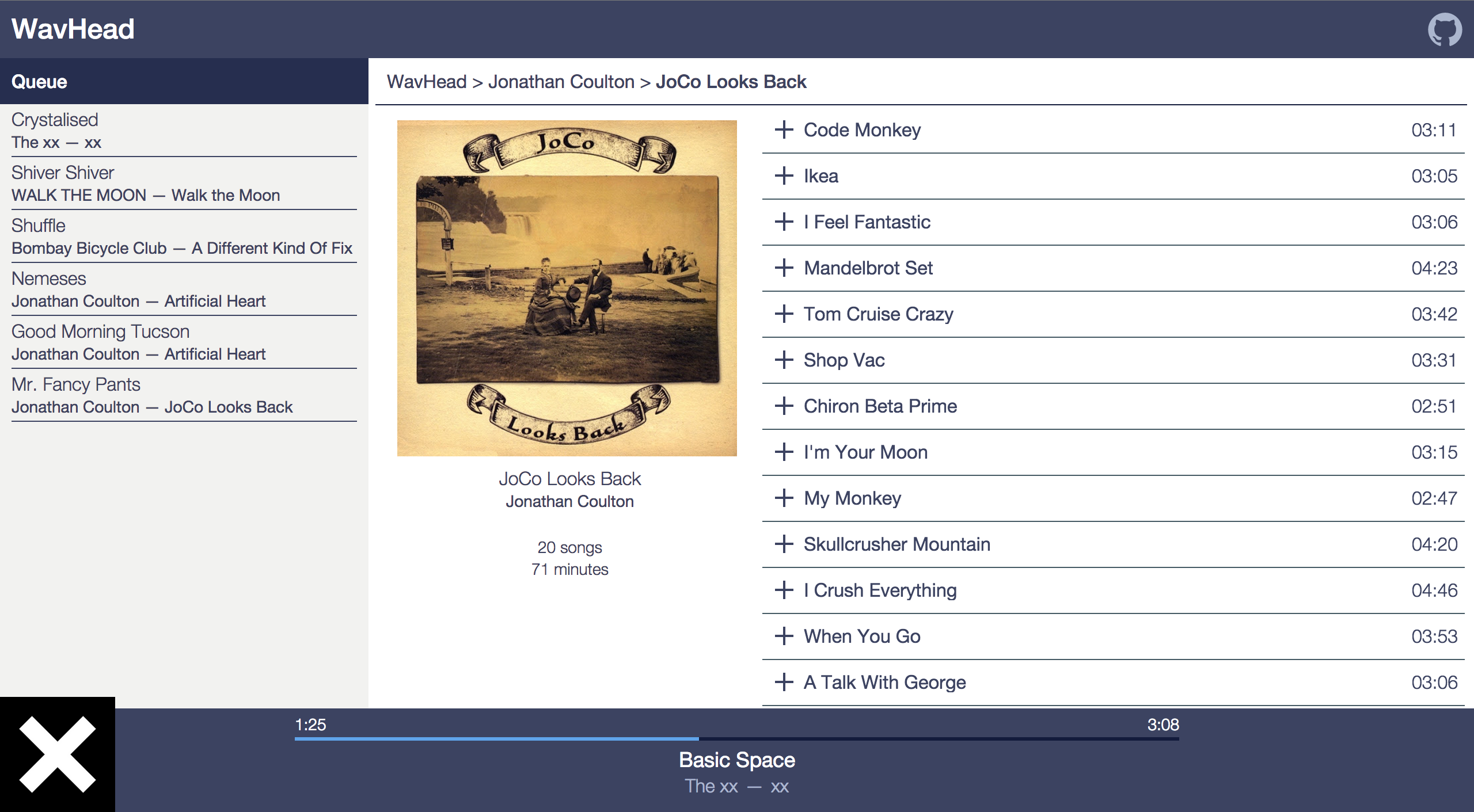 A simple program to let people vote on music. Essentially, you run a local server which lists music. People vote on what they want to listen to, and it plays songs in order of votes.

First off, clone the repository. Navigate to the folder created in a terminal, and type "bundle install". You'll need to install TagLib, which is easily done on most Linux distros and on OS X with Homebrew - it should output instructions on how to do so when you run "bundle install".

After that's done, you'll need to index some music. This lets WavHead know that your music exists. Run ./wav_head.rb -i $(DIRECTORY) to do that. If you do not supply a directory, it will look in ~/Music/.

After that's done, you'll probably want to start up a server. Run ./wav_head.rb -s to do that, optionally setting the port with the -p flag. Now, users can vote on music by navigating to your computer with their browser.

Wait a minute. What URL should they visit?

Well, they'll need to go to your computer's hostname. Thankfully, finding out what that is is easy: type hostname in a terminal and you're ready to go. They'll also need to go to the right port, so simply append a ":" and the port number (by default, 4567) to your hostname and you're good to go.

Does this work on Windows?

It's not officially supported, but with a bit of wizardry you can probably get it working.

What do I need to install?

As I mentioned earlier, TagLib. You'll also need a copy of mplayer on Linux, which is probably in your distro's package manager.

All media released under the MIT License.