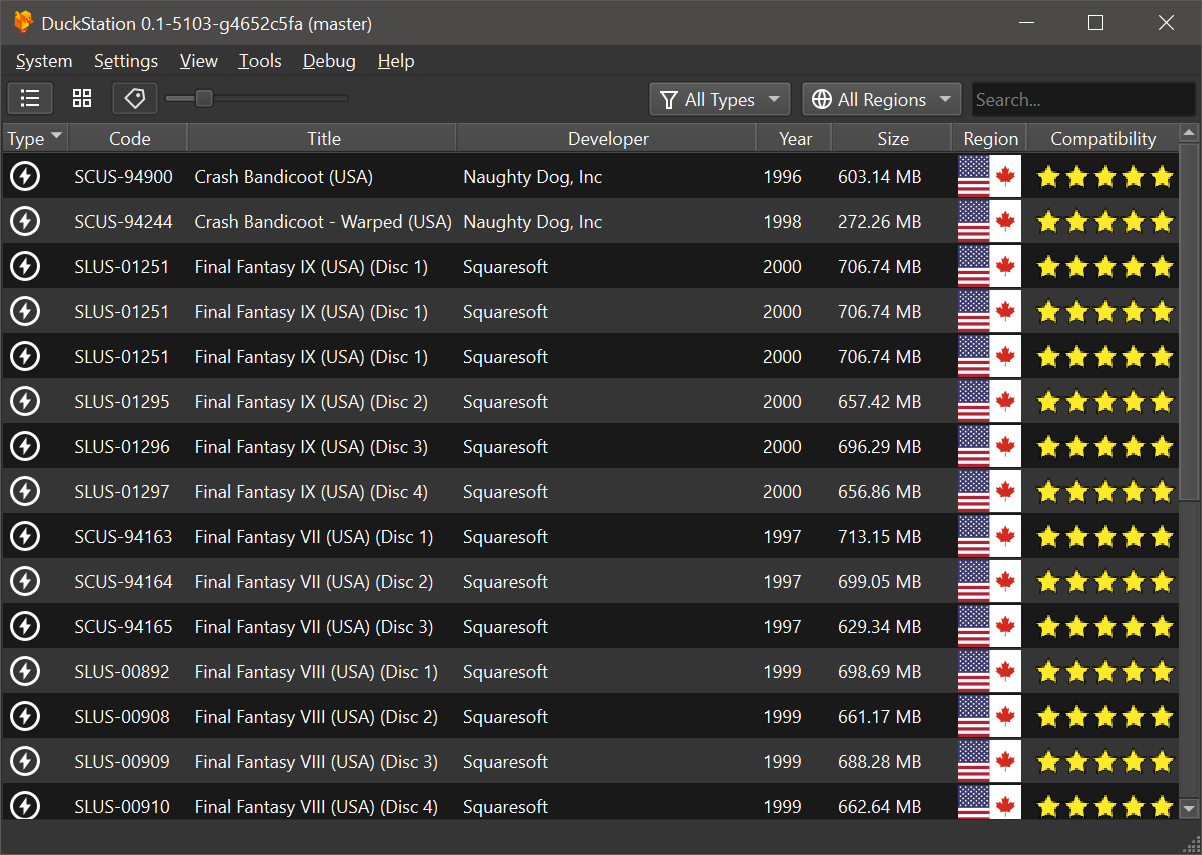 Prebuilt binaries of DuckStation for 64-bit Windows are available via AppVeyor CI. To download:

PlayStation game discs do not contain title information. For game titles, we use the redump.org database cross-referenced with the game's executable code. This database can be manually downloaded and added as cache/redump.dat, or automatically downloaded by going into the Game List Settings in the Qt Frontend, and clicking Update Redump Database.

NOTE: macOS is highly experimental and not tested by the developer. Use at your own risk, things may be horribly broken.

Application bundles/.apps are currently not created, so you can't launch it via Finder yet. This is planned for the future.

NOTE: The Android frontend is still incomplete, not all functionality works and some paths are hard-coded. The Android app is currently broken and fixing it is not a priority. However, this will change in the future.

The "User Directory" is where you should place your BIOS images, where settings are saved to, and memory cards/save states are saved by default.

This is located in the following places depending on the platform you're using:

So, if you were using Linux, you would place your BIOS images in ~/.local/share/duckstation/bios. This directory will be created upon running DuckStation for the first time.

If you wish to use a "portable" build, where the user directory is the same as where the executable is located, create an empty file named portable.txt in the same directory as the DuckStation executable.

Your keyboard and any SDL-compatible game controller can be used to simulate the PS Controller. To bind keys/controllers to buttons, go to Settings->Port Settings`. Each of the buttons will be listed, along with the corresponding key it is bound to. To re-bind the button to a new key, click the button next to button name, and press the key/button you want to use within 5 seconds.

Currently, it is only possible to bind one input to each controller button/axis. Multiple bindings per button are planned for the future.

Keyboard bindings in the SDL frontend are currently not customizable. For reference:

Gamepads are automatically detected and supported. Tested with an Xbox One controller. To access the menus with the controller, press the right stick down and use the D-Pad to navigate, A to select. 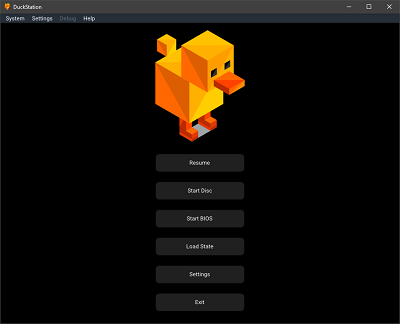