SoqlXplorer is an awesome tool for developers using the Salesforce.com platform.

SoqlX is a tool for developers using the Salesforce.com platform, it allows you to easily explore your schema, write and run SOQL queries, make edits to data, and to run Apex code. 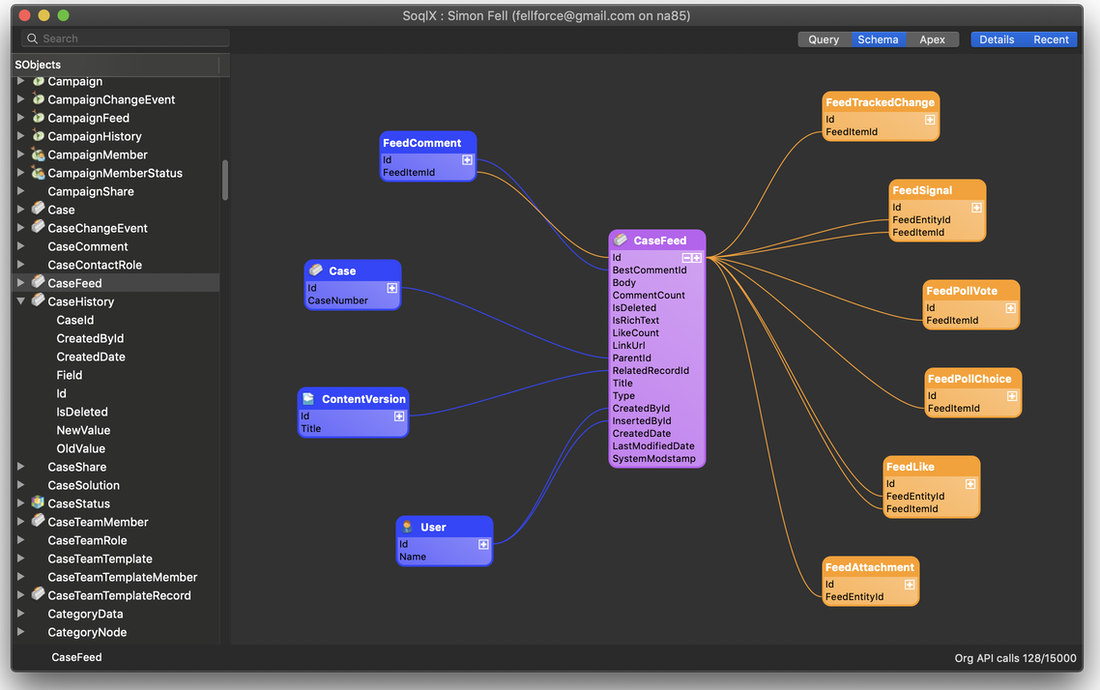 ZKSforce and Sparkle are managed via Cocoa Pods, you'll need to run pod install once you've cloned this repo. Fragaria is pulled in via git submodules, so you need to clone this repo, and fetch the submodules.

Now you can open the project in XCode, remember to open the workspace created by Cocoa Pods. It requires XCode 10.

Building the SoqlXplorer target will build the dependencies, then SoqlX. You may find that the first build of Fragaria fails with a "Command PhaseScriptExecution failed" error, just hit build again, and this error goes away.

You should be able to run the built version of SoqlX at this point.

SoqlXplorer is an awesome tool for developers using the Salesforce.com platform.