Atom package to support micropython development on the mircobit.

!!! Please note, that this package only supports Linux (and most likely Mac) !!!

The package offers the following features: 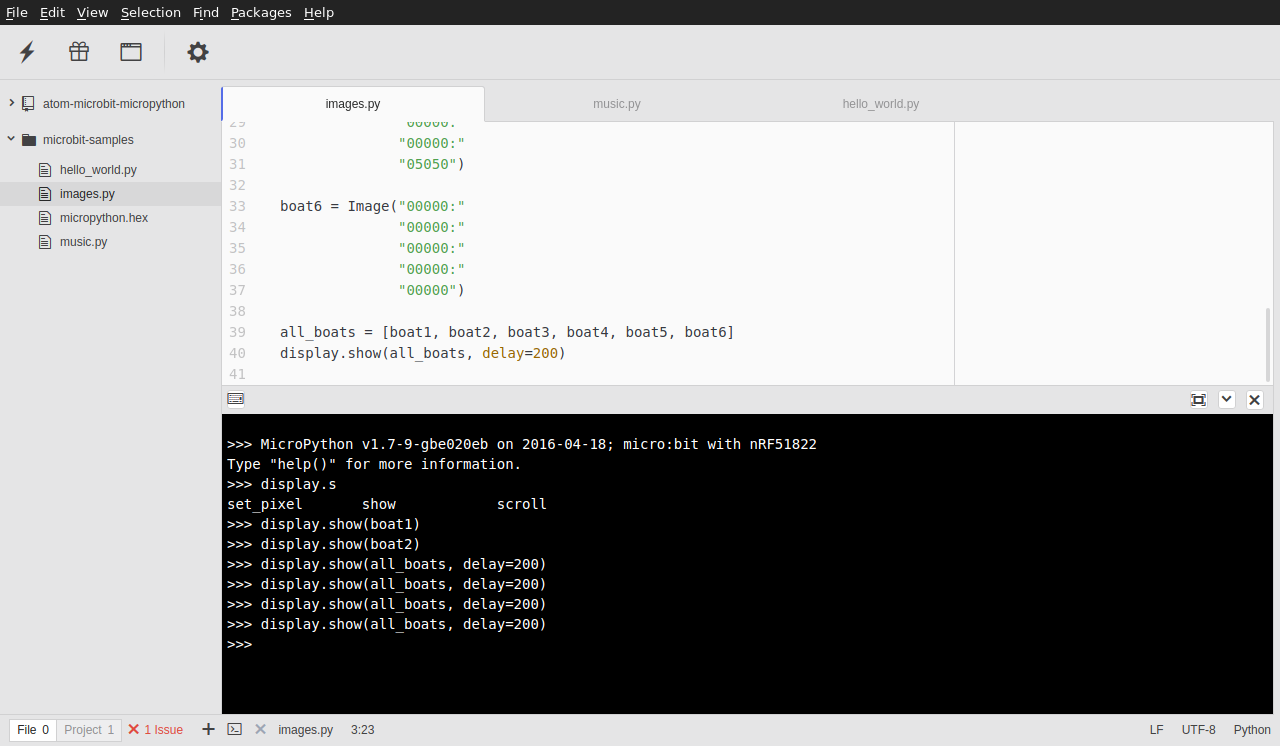 A working Python installation including the pip tool.

For combining the Python code with the Micropython firmware into a HEX file and for flashing the firmware to the Microbit, the uflash utility is used. To install it via pip:

As an alternative for using uflash, pyOCD (and DAP-link) could be used. Thus, it is recommanded to install pyOCD too via pip (note, it needs Python 2.7):

For the serial terminal to the REPL, you have the choice between screen, miniterm.py and microrepl.py. On Linux screen would be the best choice (and it most likely comes with your distro).

Note: you only have to install one of the below!

The microrepl could be installed with pip:

miniterm.py is part of pyserial, also installable via pip:

To have nice auto-completion when writing your Python code, I would recommend installing e.g. autocomplete-python:

And to make Python known about the Microbit specific classes, you might want install the dummy package:

To install this package from the package repository:

Or install from git:

Change into the newly cloned directory and link the package into your atom install:

Now, when you start your atom next time, you will be asked to also install the atom dependencies.

Note: this package will ask to install termination, console-panel and tool-bar packages as dependencies.