AniList, Kitsu, and MyAnimeList Tracker for iOS/iPadOS written in Objective-C 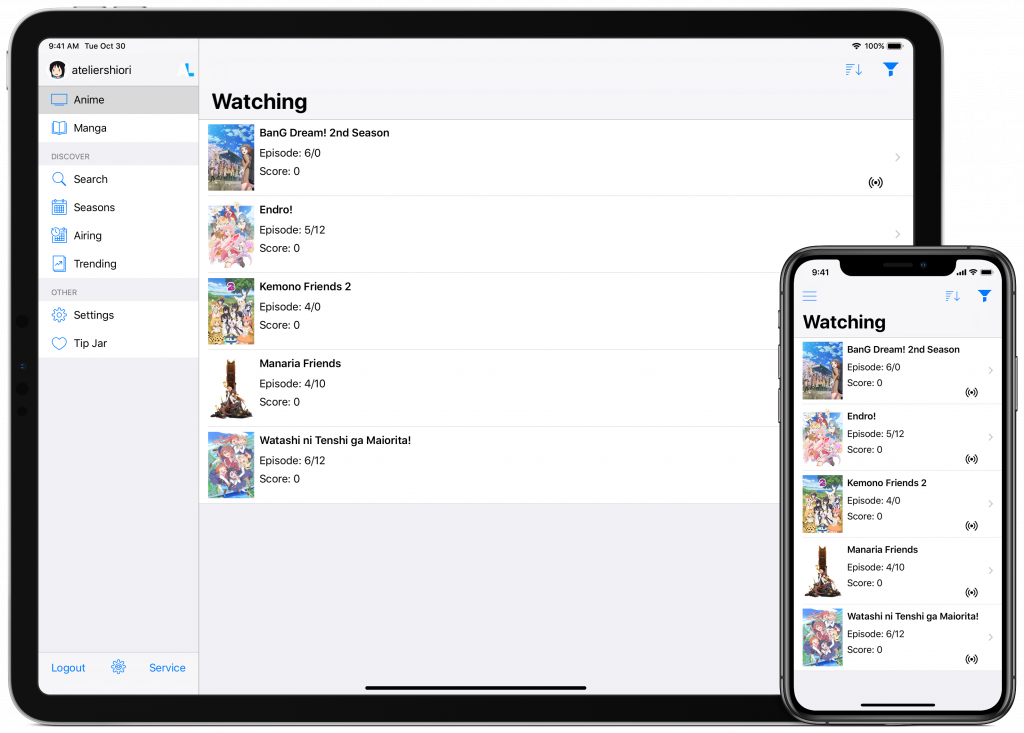 Shukofukurou for iOS/iPadOS is the iOS/iPadOS port of Shukofukurou, which is a lightweight, open source, multiservice Anime and Manga library management and discovery app that works with Kitsu, AniList, and MyAnimeList.

Since an Apple Developer Program is required to distribute apps for iOS/iPadOS, Shukofukurou for iOS/iPadOS will cost $2.99 to download, which will have no restrictions and will recieve lifetime updates. The proceeds will go back into supporting the development of our applications. We have to charge for the iOS/iPadOS version since the Apple Developers Program costs $99 a year and we put a lot of work in developing this App. Charging for open source software, believe it or not is encouraged by the FSF.

However, the source code will remain free for anyone who want it., However, you will need an Apple Developer Program membership to use the application indefinately since Apple limits device provisioning for 7 days on a free account. After 7 days, the app will not run, requiring you to compile and reinstall.

No support will be given to self-built copies. You need to specify the OAuth Client and Secret before you can compile your own version.

If you want to help support us to reach the goal of $17 a month, which will allow us to distribute the app for free while covering the costs of distribution, become a patron today.

Already have a paid Apple Developer Program Membership? You may sideload and install the Community Version for free without having to compile it for youself. The community version has most of the features of the paid version except for Scrobbling extension and iCloud History Sync. Install the release using Cydia impactor. List of releases can be seen in the release page.

Note: Self-compiling is meant for developers and advanced users only. Apple limits provisioning profile that allows you to run your apps on your iOS device for 7 days without a paid Apple Developer membership. If you want to use the app for more than 7 days without having to reinstall it, consider downloading it from the App Store. You can support dvelopment for our App and you don't have to buy a $99 a year Apple Developer Program membership, unless you already have one.

There is no plans for a macOS release using Project Catalyst.

Unless stated, Source code is licensed under New BSD License

AniList, Kitsu, and MyAnimeList Tracker for iOS/iPadOS written in Objective-C