The Tetris game, implemented in Python

The Tetris game, implemented in Python. 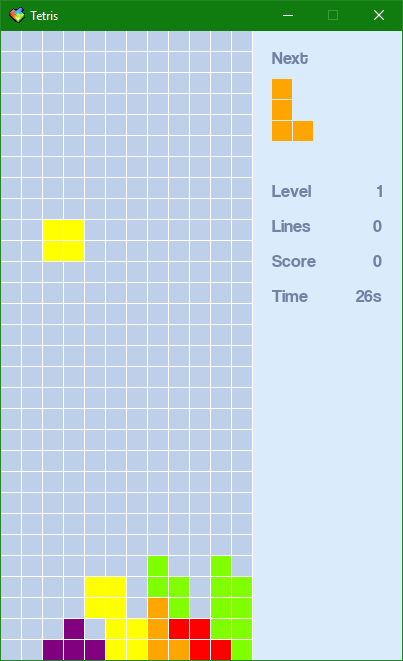 Each completed lines is worth 10 points. If you have completed 4 lines at once (also called a "tetris"), the score is doubled, so (4 lines x 10 points) x 2 = 80 points. If there's no more blocks on the playground once you have removed lines, the score is also doubled. Taking the previous example: 80 points x 2 = 160 points.

You get to the next level every 8 completed lines. Tetriminos will fall 100 milliseconds faster for each gained levels (they are initially falling for one block down every 1 second).

The Tetris game, implemented in Python