FSharpLint is a style checking tool for F#. It points out locations where a set of rules on how F# is to be styled have been broken. The tool is configurable via JSON and can be run from a console app, or as an MSBuild task. It also provides an interface to easily integrate the tool into other software.

The project aims to let the user know of problems through matching user defined hints a la HLint, and also by using custom rules written in F# similar to the rules in Mascot and StyleCop.

The tool in use (running as an MSBuild task with TreatWarningsAsErrors set to true): 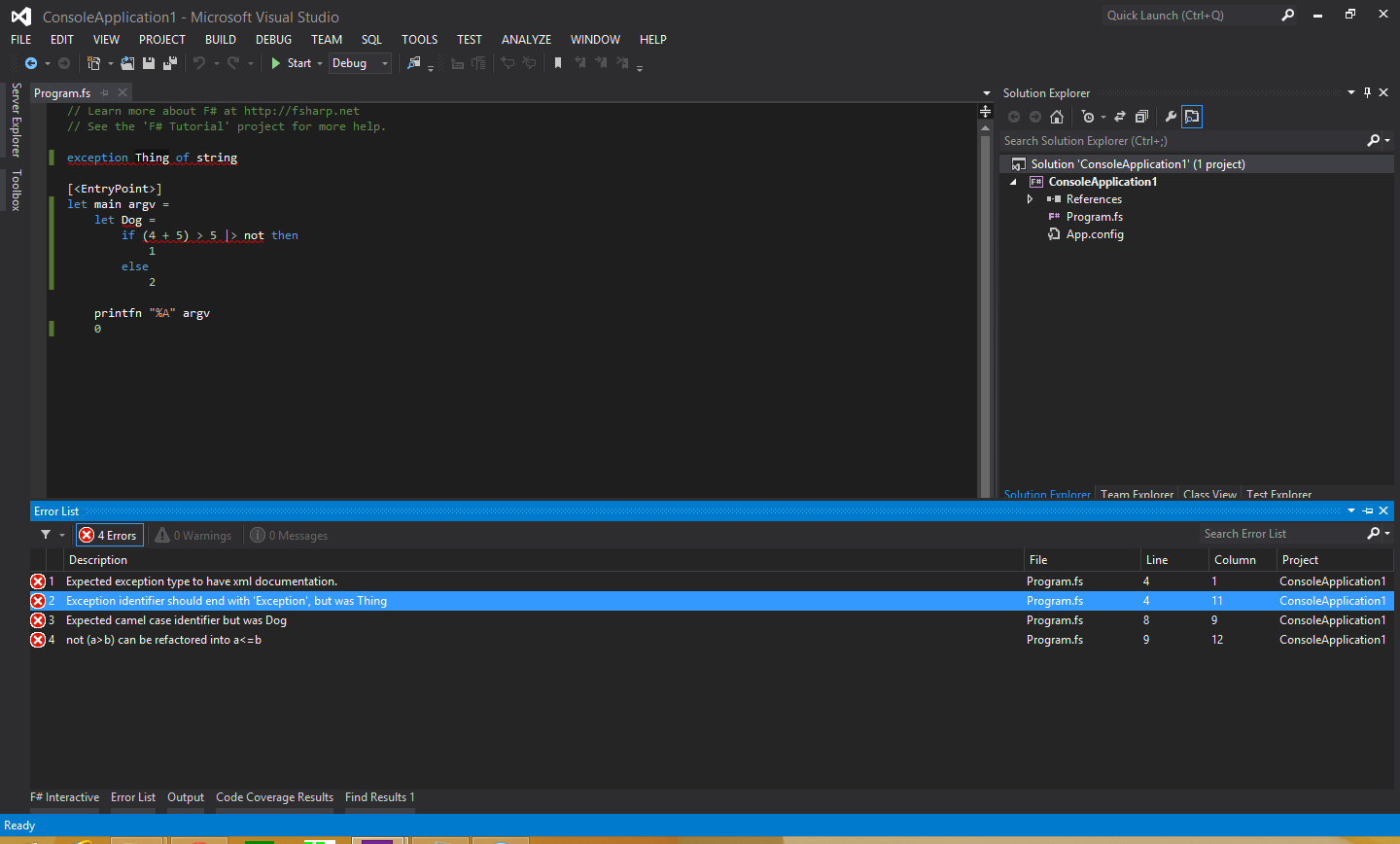 FSharpLint can be used in several ways:

The docs contains an overview of the tool and how to use it, including a list of the available rules for linting.

How to build application

How to work with documentation

The project is licensed under MIT. For more information on the license see the LICENSE file.