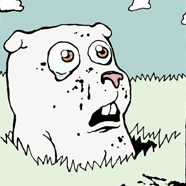 I'm fraggLe, fwaggle, James, or Jamie, depending on how you know me.

Very little claim to fame, but I'm working on it... I just have trouble finishing anything that doesn't involve a paycheque. Outside of work, I mainly write code to scratch itches, and those itches tend to go away before the code is release-worthy.

I have some questionable contributions to the open source world, like a demonstration of how crypt(3) passwords are cracked, written in Perl that's still being passed around today though I've no idea why. I once maintained a minimal patchset for a ircd-hybrid that's for some reason mentioned on Wikipedia at the time of writing, the most interesting thing that it did was exposed some bugs in FreeBSD/amd64 in it's infancy. I contributed a few minor patches to the VOIP software Mumble.

Otherwise I pretty much just do Python, Ansible, and Yara for a managed WordPress host, which is lots of fun but unfortunately doesn't leave me a lot of room to open-source stuff.

6 contributions in the last year

fwaggle has no activity yet for this period.