There is no idiomatic wrapper package that will make things easier to use, but the original API is pretty straightforward. The nk package is fine for the start, then we'll figure out something better that just a wrapper.

This is a minimal state immediate mode graphical user interface single header toolkit written in ANSI C and licensed under public domain. It was designed as a simple embeddable user interface for application and does not have any dependencies, a default render backend or OS window and input handling but instead provides a very modular library approach by using simple input state for input and draw commands describing primitive shapes as output. So instead of providing a layered library that tries to abstract over a number of platform and render backends it only focuses on the actual UI. 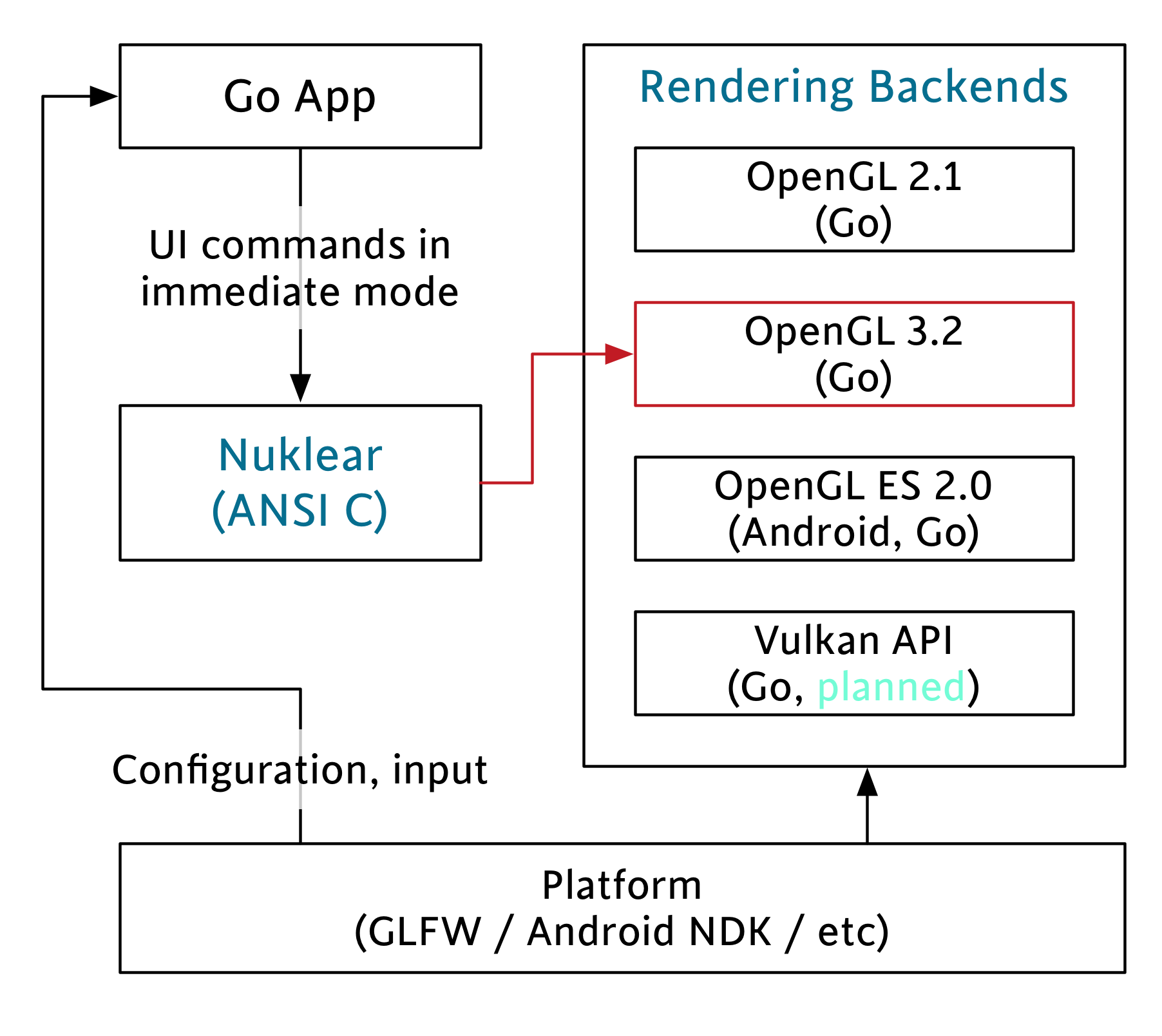 Your Go application runs a loop where it handles input from the platform and manages the rendering backend. It uses Nuklear API bindings (the nk package) to run UI commands for layout and event handling. Nuklear maintains a draw command list that is consumed by one of the rendering backends so the UI is displayed. In this case, a C program is being a middleman that does all the UI heavylifting for us, so we can focus on the application logic, event handling and drawing backends in Go.

The desktop support is achieved using GLFW and there are backends written in Go for OpenGL 2.1 and OpenGL 3.2. Thanks to strangebroadcasts it also has SDL2 support now.

Android support is added using the android-go project, there is a corresponding backend for OpenGL ES 2.0 or 3.0 surface and input handling logic. Sophisticated things like scroll gestures will be added later.

After that, standard go get should work:

On desktop both OpenGL 2.1 and OpenGL 3.2 contexts are working fine, but by default OpenGL 3.2-core is used, to compile with OpenGL 2.1 support instead. The 2.1 backend is for legacy hardware or VMs like Parallels.

Then everything should go smooth.

Hint: use -tags sdl2 to run with SDL2 instead of GLFW. SDL2 requires additional installation process, see SDL2. Use GLFW if you want to stay go-get-able. 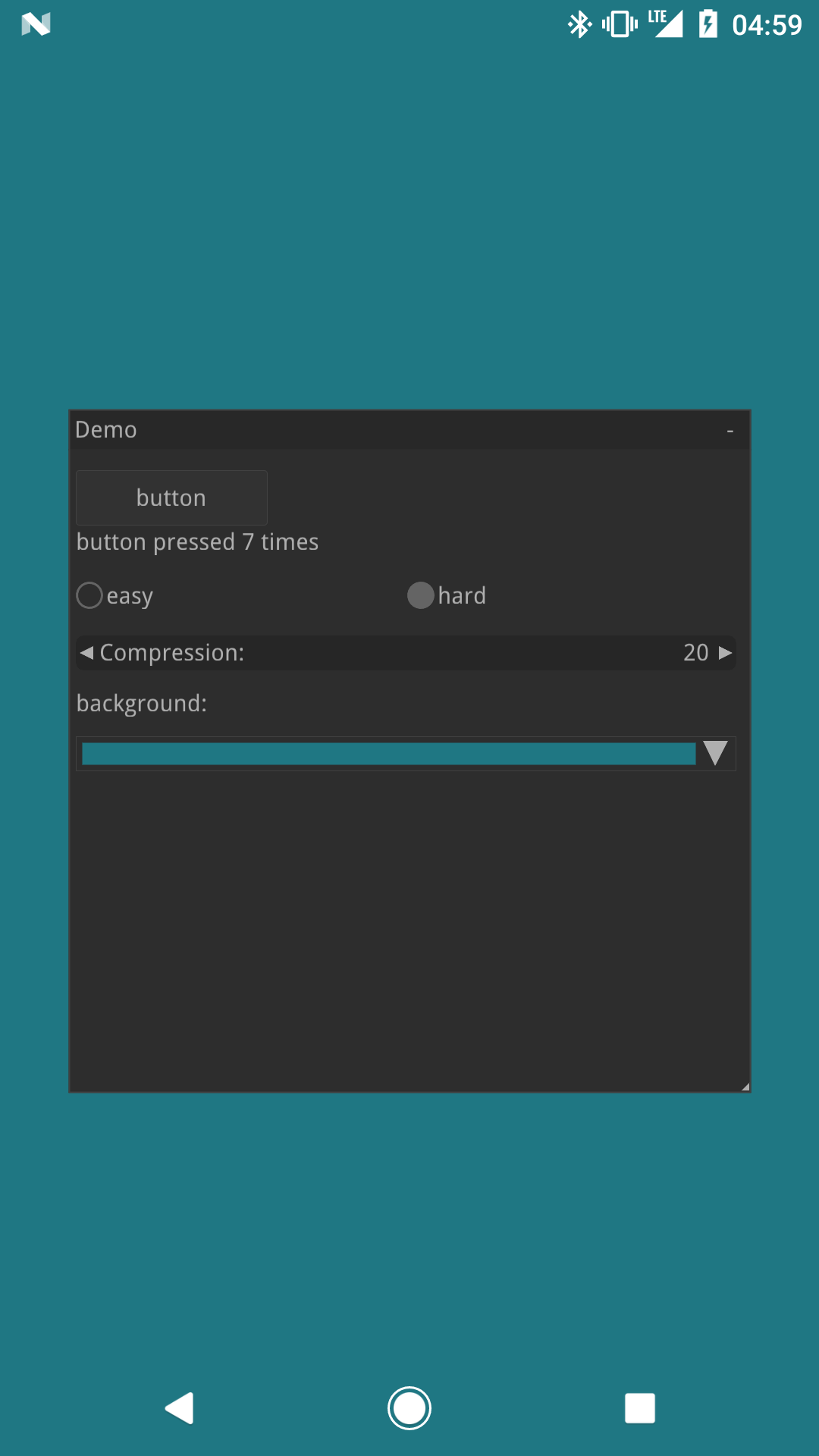 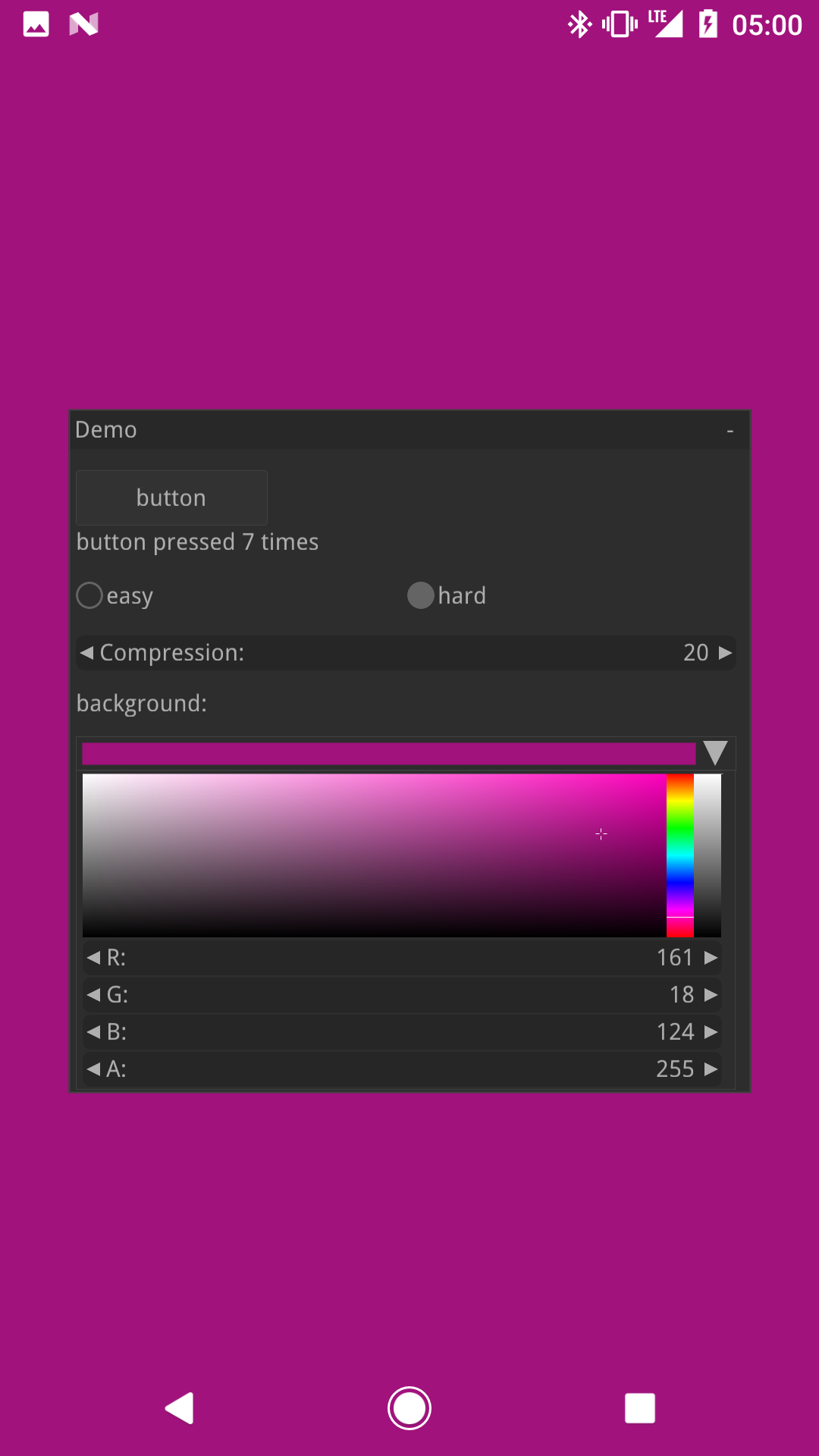 There is an example app nk-example that shows the usage of Nuklear GUI library, based on the official demos. Another more realistic Go application that uses Nuklear to do its GUI, a simple WebM player: You will need to get the c-for-go tool installed first.

All the code except when stated otherwise is licensed under the MIT license. Nuklear (ANSI C version) is in public domain, authored from 2015-2016 by Micha Mettke.