Vim plugin to work with R

This is the development code of Nvim-R which improves Vim's support to edit R code.

If you use a plugin manager, such as vim-plug, follow its instructions on how to install plugins from github.

To install the stable version of the plugin, if using vim-plug, put this in your vimrc/init.vim:

Please, read the section Installation from the plugin's documentation for details.

Please, read the plugin's documentation for instructions on usage.

There is also an online version of the documentation maintained by James Eapen.

The animated GIF below shows R running in a Neovim terminal buffer. We can note:

The communication between R and either Vim or Neovim

In addition to sending lines of code to R Console, Nvim-R and R communicate with each other through TCP connections. The R package nvimcom runs a TCP server that receives messages from Vim/Neovim, and it also sends messages through a TCP connection to Vim/Neovim. Moreover, nvimcom includes the application nclientserver which is never used by R itself, but is run by Vim/Neovim, providing both a TCP client and a TCP server. The Diagram below shows the three paths of communication between Vim/Neovim and R: 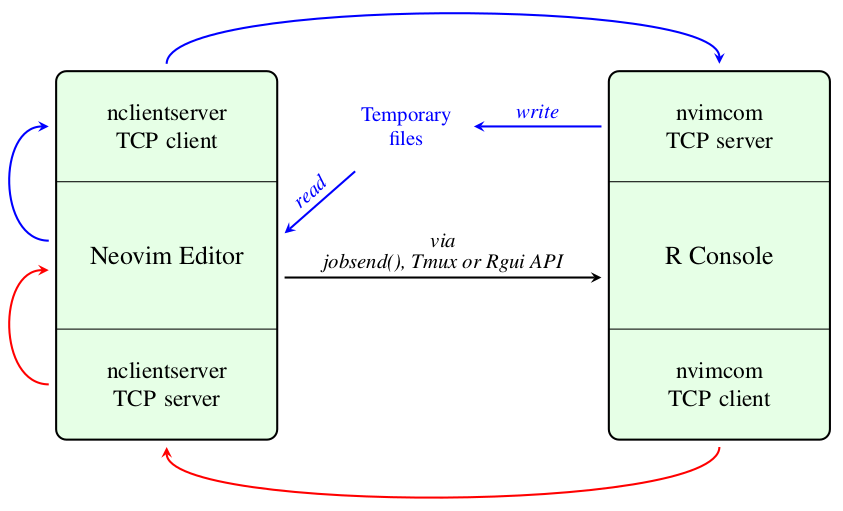 Vim plugin to work with R