This is work in progress project. Backward compatibility is not guaranteed.

Several QPU assemblers are written by pioneers (hermanhermitage, petewarden, elorimer and so on). There is also an implementation of OpenCL for QPU: VC4CL.

PyVideoCore's QPU assembler is different from theirs in terms of that its assembly language is implemented as an Internal DSL of Python language. This makes GPGPU programming on Raspberry Pi relatively easier in the sense that

You can increase GPU memory size by raspi-config. 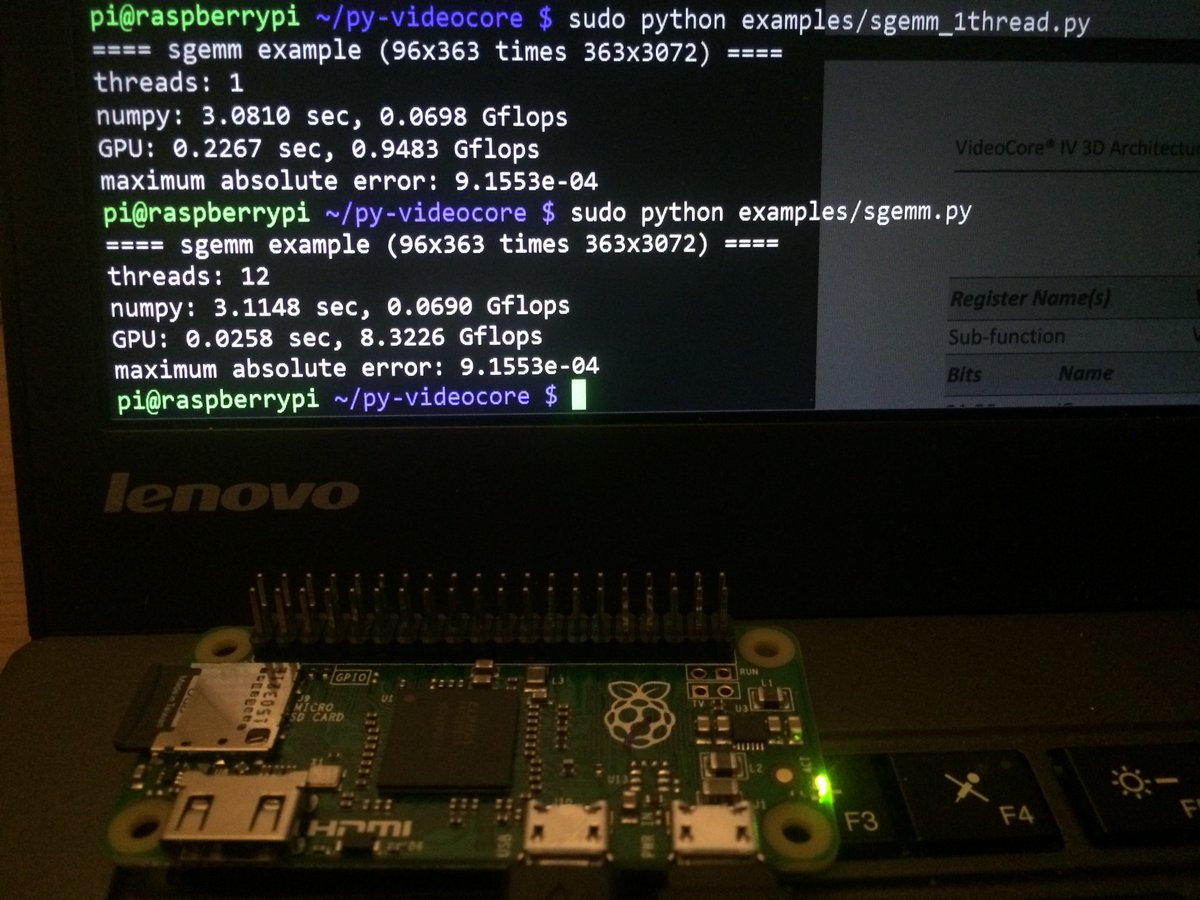 Code and documentation are released under MIT license