An adaptation of rss2mail that uses IMAP directly

An adaptation of rss2email that uses IMAP directly.

Well, with the shipping CSS in config.py, it looks like this: 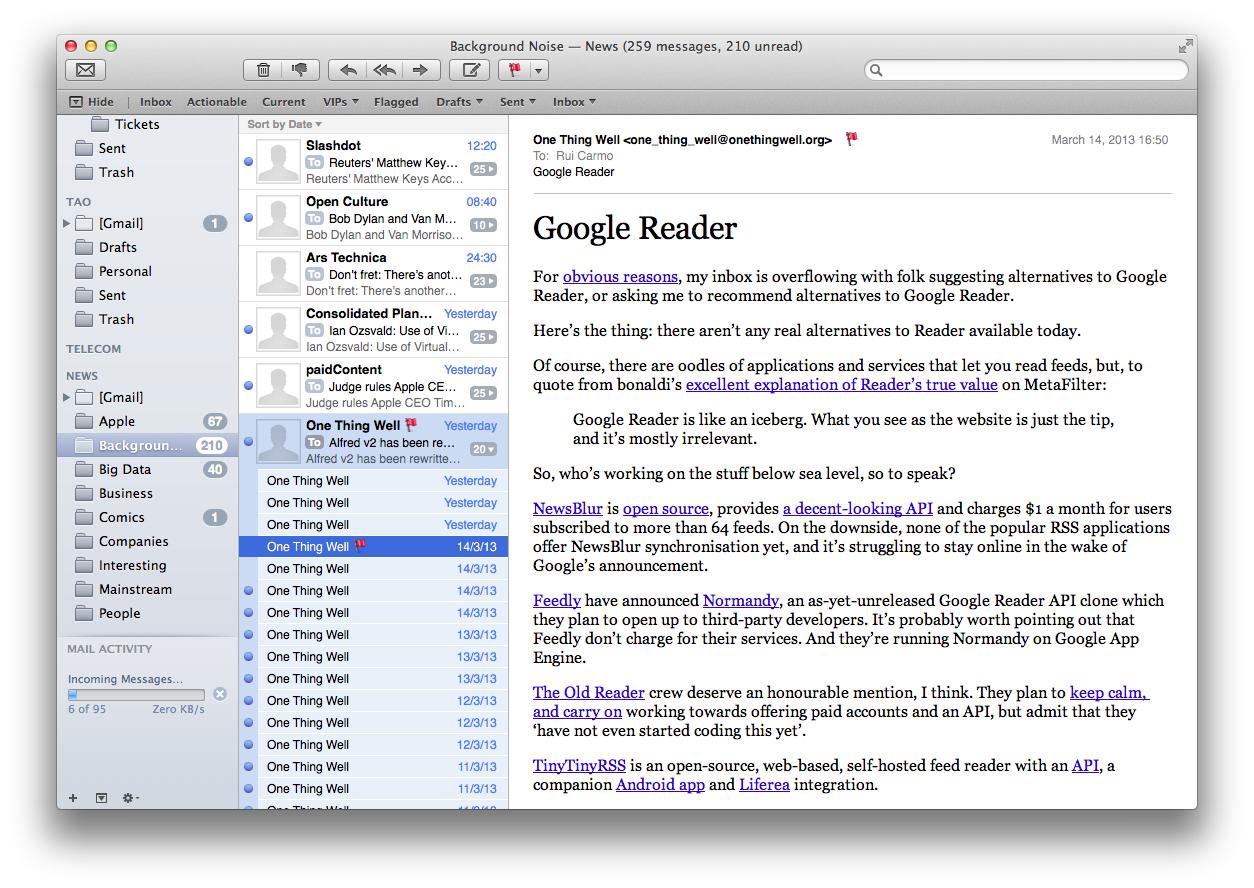 Well, it works fine with the Gmail app on both Android and iOS, as well as the native IMAP clients: 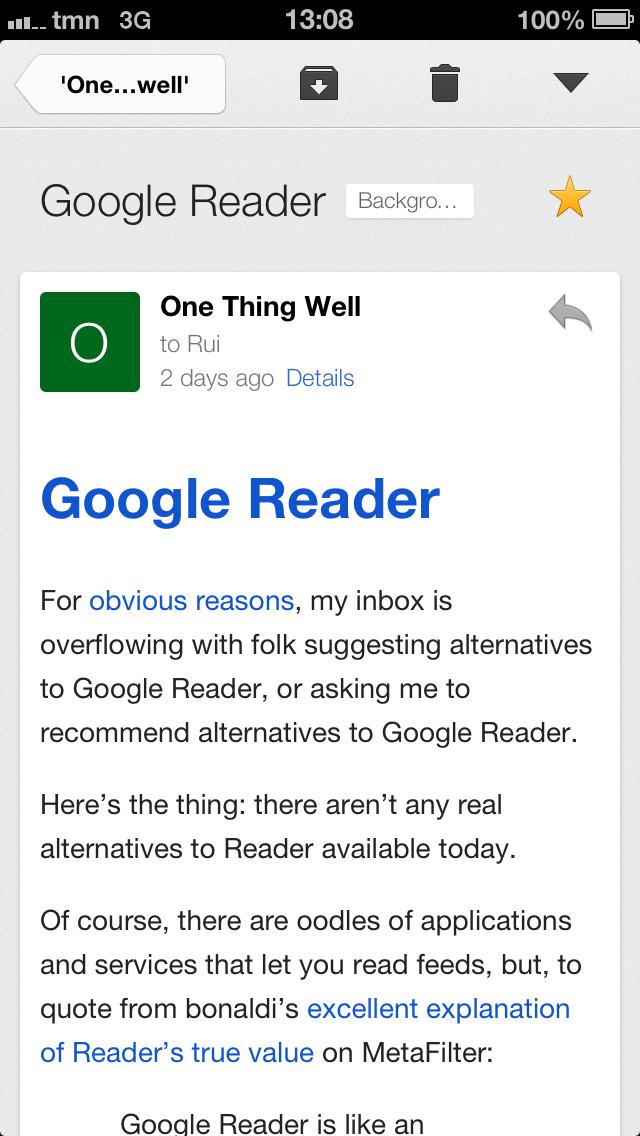 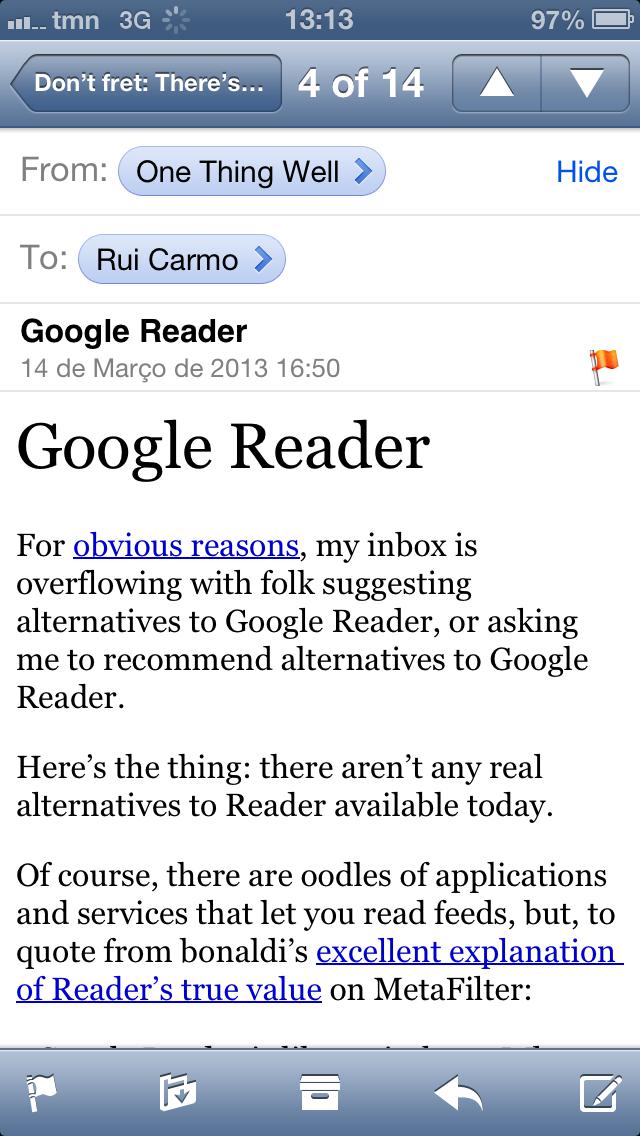 As long as you sync, all the text will be available off-line (images are cached at the whim of the MUA).

The Gmail app ignores CSS and may have weird behaviors with long bits of text, though.

Given that I've only had to tweak one thing after two years of continued use, I'd say this is more than stable. I've gone off and built a multi-threaded app with a SQLite feed store called bottle-fever, but there's only so much free time, and even though this code is crammed with hideous legacy idioms, it works as is.

Come 2016, I switched to Feedly because the user experience on the iPad using Reeder was a little better.

Other projects I've come across that traveled this path in other languages:

Exercises For The Reader

Be aware that this works and is easy to hack, but uses old Python idioms and could do with some refactoring (PEP-8 zealots are sure to cringe as they read through the code -- I know I find it hideous, but it was a quick hack and has been working reliably for me for over two years now).

An adaptation of rss2mail that uses IMAP directly