A collection of BASICODE programs by various authors

BASICODE was a 1980s-era cross-platform BASIC standard designed to allow software transmission by radio. It consisted of the following elements:

See the summary of the BASICODE specification for details. 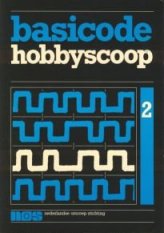 This repository is a collection of BASICODE programs. You can run these in the online BASICODE interpreter, for which the source code is also available.

BASICODE was developed in 1980 by Dutch broadcaster NOS for its hobby-electronics radio programme Hobbyscoop. Its purpose was to enable radio transmission of software to owners of numerous mutually incompatible 8-bit platforms.

BASICODE users would tape record the modulated program from the radio. They would need a native translation program for their platform, which would decode the common audio format and supplement the BASICODE program with the platform implementation of the standard subroutines. If everything went well, they would then be able to run and use the program.

The NOS started BASICODE transmissions in 1982 on medium wave Dutch radio. Other broadcasters followed suit: the Dutch TROS, the British BBC, the West German WDR and the East German Radio DDR all at one time or another performed regular BASICODE transmissions. In re-unified Germany, Deutschlandsender Kultur continued to transmit BASICODE until around 1992.

BASICODE programs were also distributed on collection recordings: mostly these were cassette tapes, but there were audio CDs and gramophone records as well, as well as diskette sets. Many of these sources additionally contained translation programs for one or more platforms.

While the authors and broadcasters retained copyrights on the programs, they encouraged them to be shared widely for non-commercial purposes.

This repository contains BASICODE programs from a number of sources. I have decoded them from the original audio recordings, where available, and corrected transmission failures using context, alternative sources and checksums. I have concentrated on the portable BASICODE sources and have omitted platform-specific code such as translation programs. The following titles are included:

Also included are a few BASICODE programs from various sources such as radio recordings.

A collection of BASICODE programs by various authors