Sorry about the shift from reddit to github, but I want to embed some images for you

First of all, let's address some straighforward FUD 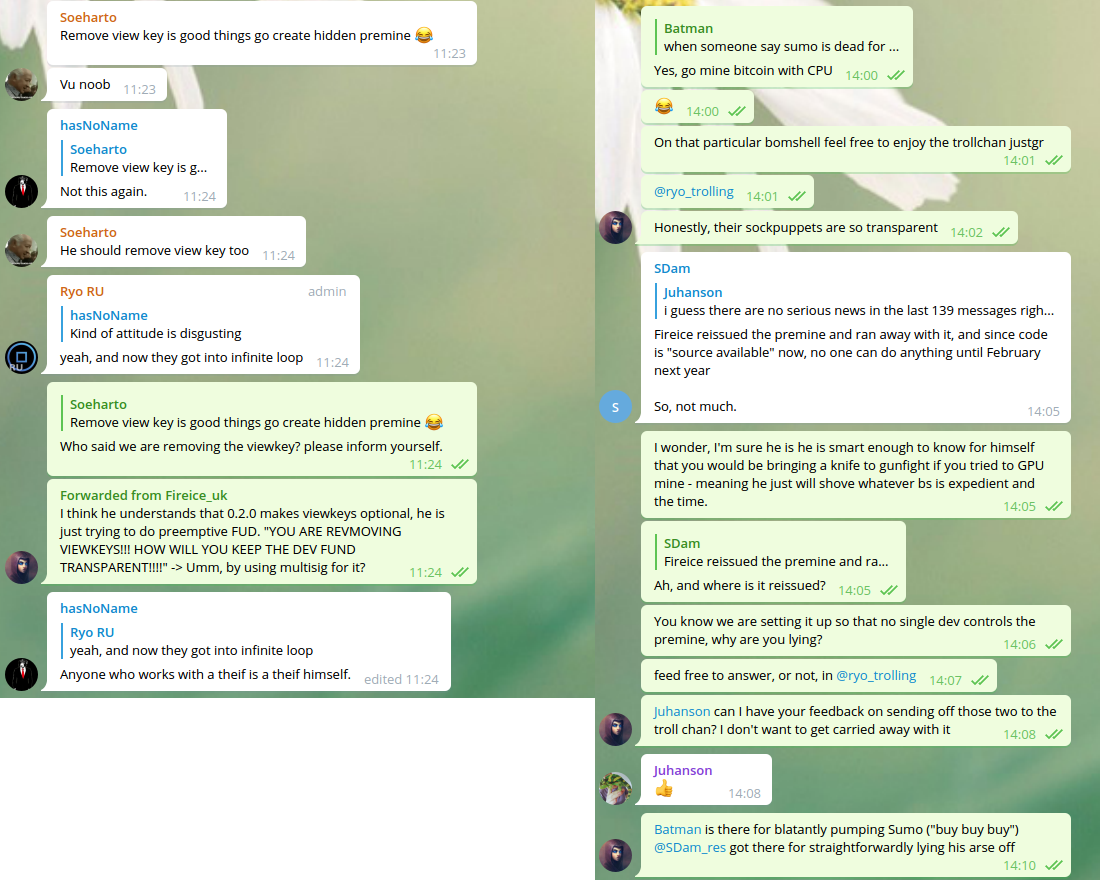 I don't think they need any comment. Watch out for people PMing you on Telegram chat, that's their favourite tactics.

Few issues that people brought up

Why did you burn the premine to bring it back as a dev fund?

Simple. Having a weekly dev payment means that the developers can't run away with it like they can with a premine. In the same way that we can't run away with 3 mil coins that will be issued next year. The coins simply don't exist yet. We think this is a much better solution for the community than having 1 mil dumpcoin unlock that might hit the market at any point in time.

How much of the dev fund are you keeping for yourselves? You earn too much!!!!

Under the proposal below the three lead devs will each get paid 2564 ryo weekly. This is a significant pay cut for all of us. Just to put it in perspective, if 2564 ryo before tax was my family's only income source I would qualify for state benefits in UK. We obviously won't work full time at first - we still need to feed ourselves.

What happens with the rest of the dev fund?

Most of it will be used to pay staff. We need a lot of people to achieve what we plan to do. Part of it will also be used for exchanges, operating costs and marketing. If we have a surplus and no ideas what to do with it, then it's airdrop time baby!

[ 1 ] This would be viable if it was only us working on the project. However everyone else will need to be paid weekly in fiat. We don't have a credit facility for that.

Show me to what extent the dev fund will dilute my mining / holding? 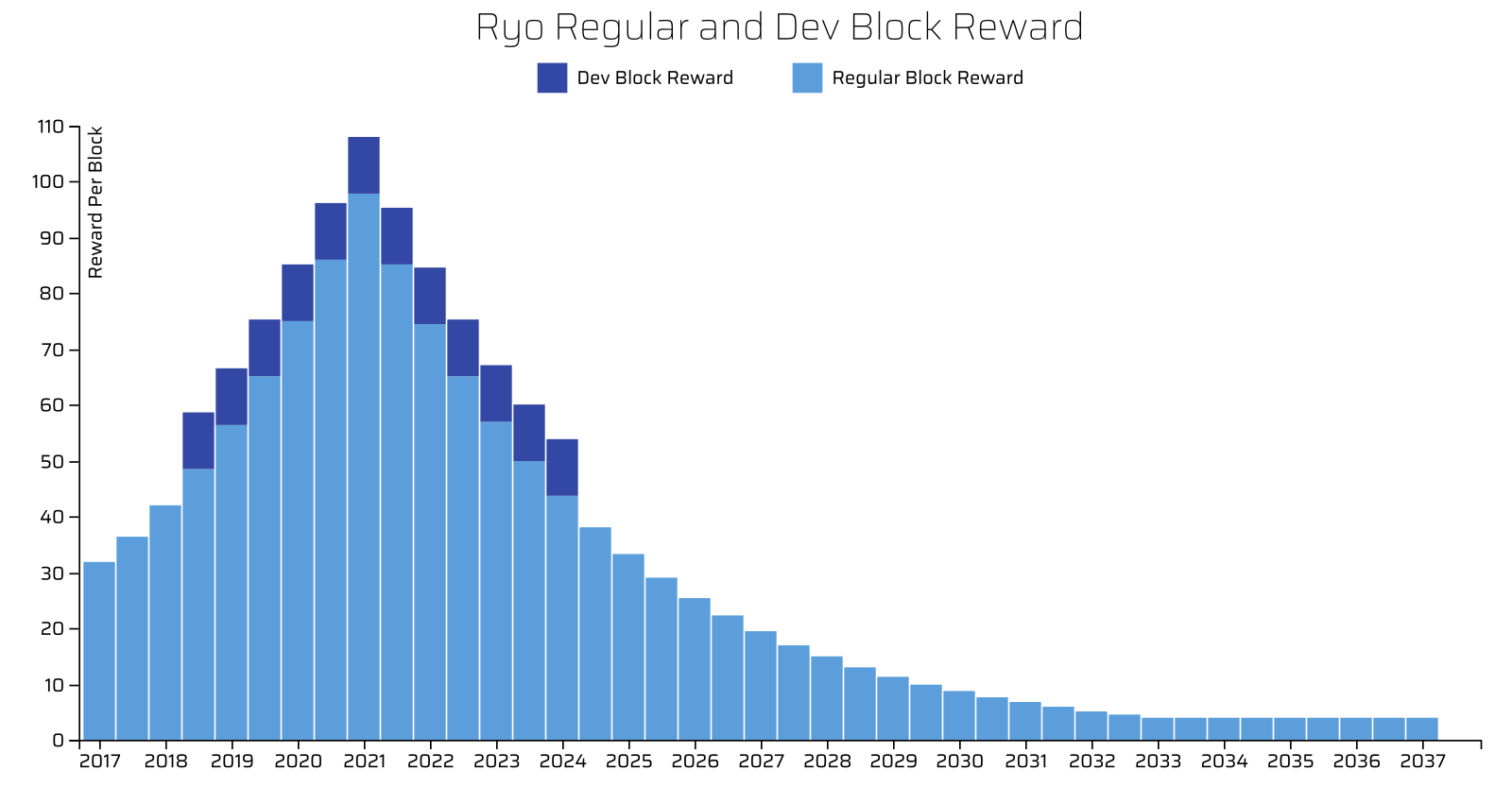 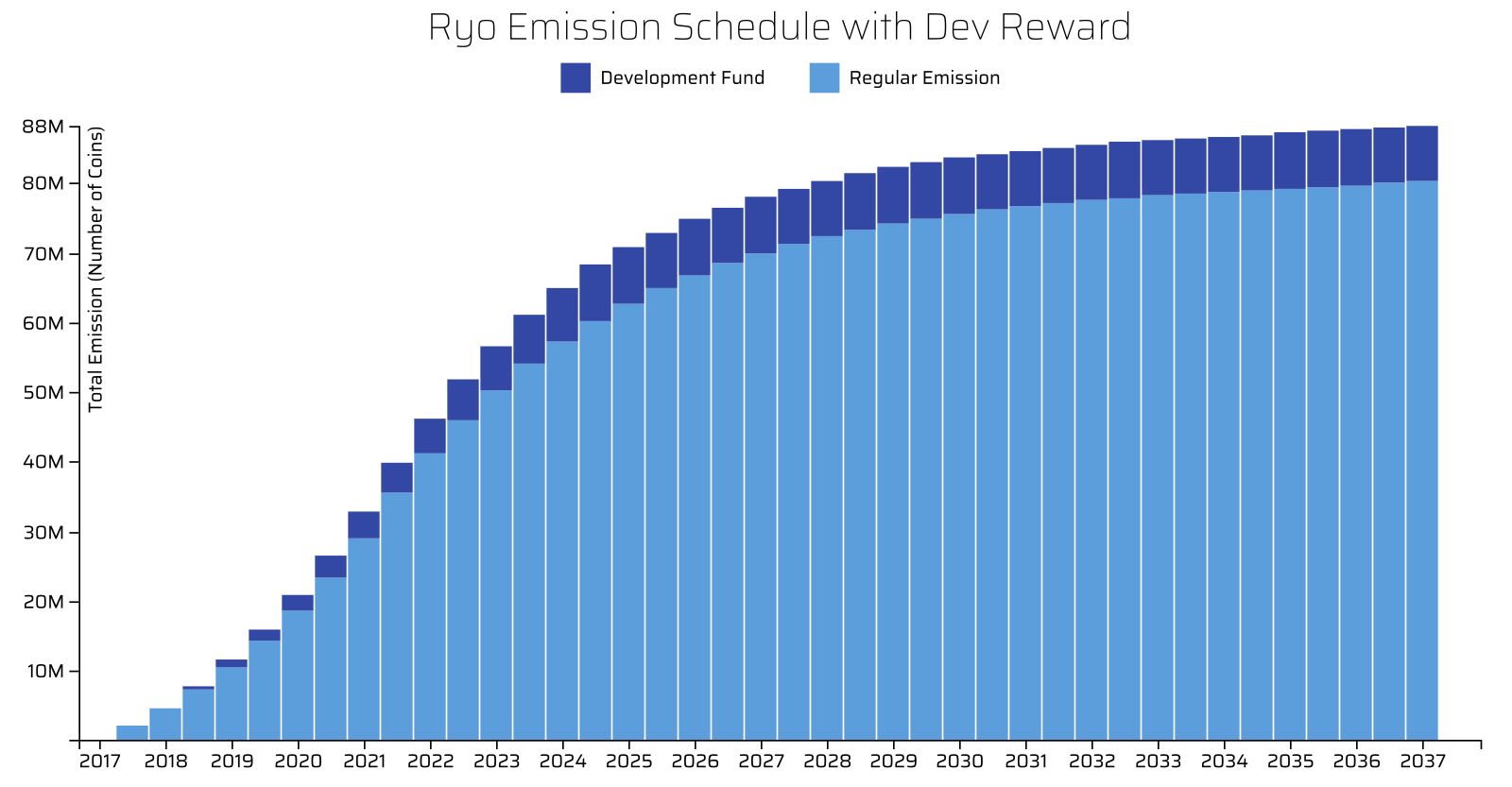 Will my mining reward change?

No. We want to keep the mining curve the same.

Will you do a UASF to activate the dev fund?

Yes, we will need to fork to add it to the emission.

Sumokoin has a huge premine. Why are you reeemiting it all?

We decided to cut it slightly from option three by reducing the size of the dev fund to 8 mil and spreading it out over 6 years. This will permanently reduce the coin supply by 700,000 Ryo.

Remind me what the roadmap is? / What do you want to do with the money?

Support for option 2 or 3 was nearly unanimous. We decided that we can do without full Sumokoin premine and still achieve our goals, which lead us to a compromise solution:

This will be emitted together with the block reward, every week