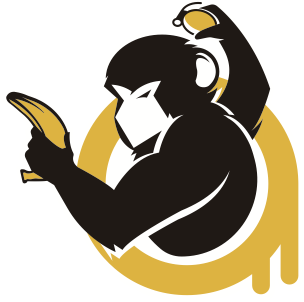 Toxiproxy is a framework for simulating network conditions. It's made specifically to work in testing, CI and development environments, supporting deterministic tampering with connections, but with support for randomized chaos and customization. Toxiproxy is the tool you need to prove with tests that your application doesn't have single points of failure. We've been successfully using it in all development and test environments at Shopify since October, 2014. See our blog post on resiliency for more information.

Toxiproxy usage consists of two parts. A TCP proxy written in Go (what this repository contains) and a client communicating with the proxy over HTTP. You configure your application to make all test connections go through Toxiproxy and can then manipulate their health via HTTP. See Usage below on how to set up your project.

For example, to add 1000ms of latency to the response of MySQL from the Ruby client:

To take down all Redis instances:

While the examples in this README are currently in Ruby, there's nothing stopping you from creating a client in any other language (see Clients).

Why yet another chaotic TCP proxy?

The existing ones we found didn't provide the kind of dynamic API we needed for integration and unit testing. Linux tools like nc and so on are not cross-platform and require root, which makes them problematic in test, development and CI environments.

Let's walk through an example with a Rails application. Note that Toxiproxy is in no way tied to Ruby, it's just been our first use case. You can see the full example at sirupsen/toxiproxy-rails-example. To get started right away, jump down to Usage.

For our popular blog, for some reason we're storing the tags for our posts in Redis and the posts themselves in MySQL. We might have a Post class that includes some methods to manipulate tags in a Redis set:

We've decided that erroring while writing to the tag data store (adding/removing) is OK. However, if the tag data store is down, we should be able to see the post with no tags. We could simply rescue the Redis::CannotConnectError around the SMEMBERS Redis call in the tags method. Let's use Toxiproxy to test that.

Since we've already installed Toxiproxy and it's running on our machine, we can skip to step 2. This is where we need to make sure Toxiproxy has a mapping for Redis tags. To config/boot.rb (before any connection is made) we add:

Then in config/environments/test.rb we set the TagRedis to be a Redis client that connects to Redis through Toxiproxy by adding this line:

All calls in the test environment now go through Toxiproxy. That means we can add a unit test where we simulate a failure:

The test fails with Redis::CannotConnectError. Perfect! Toxiproxy took down the Redis successfully for the duration of the closure. Let's fix the tags method to be resilient:

Full example application is at sirupsen/toxiproxy-rails-example.

Configuring a project to use Toxiproxy consists of three steps:

See Releases for the latest binaries and system packages for your architecture.

Toxiproxy is available on Docker Hub.

If using Toxiproxy from the host rather than other containers, enable host networking with --net=host.

If you have Go installed, you can build Toxiproxy from source using the make file:

In Toxiproxy 2.0 several changes were made to the API that make it incompatible with version 1.x. In order to use version 2.x of the Toxiproxy server, you will need to make sure your client library supports the same version. You can check which version of Toxiproxy you are running by looking at the /version endpoint.

See the documentation for your client library for specific library changes. Detailed changes for the Toxiproxy server can been found in CHANGELOG.md.

When your application boots, it needs to make sure that Toxiproxy knows which endpoints to proxy where. The main parameters are: name, address for Toxiproxy to listen on and the address of the upstream.

Some client libraries have helpers for this task, which is essentially just making sure each proxy in a list is created. Example from the Ruby client:

This code needs to run as early in boot as possible, before any code establishes a connection through Toxiproxy. Please check your client library for documentation on the population helpers.

Alternatively use the CLI to create proxies, e.g.:

We recommend a naming such as the above: <app>_<env>_<data store>_<shard>. This makes sure there are no clashes between applications using the same Toxiproxy.

For large application we recommend storing the Toxiproxy configurations in a separate configuration file. We use config/toxiproxy.json. This file can be passed to the server using the -config option, or loaded by the application to use with the populate function.

Use ports outside the ephemeral port range to avoid random port conflicts. It's 32,768 to 61,000 on Linux by default, see /proc/sys/net/ipv4/ip_local_port_range.

Now you can tamper with it through the Toxiproxy API. In Ruby:

Or via the CLI:

Toxics manipulate the pipe between the client and upstream. They can be added and removed from proxies using the HTTP api. Each toxic has its own parameters to change how it affects the proxy links.

Add a delay to all data going through the proxy. The delay is equal to latency +/- jitter.

Bringing a service down is not technically a toxic in the implementation of Toxiproxy. This is done by POSTing to /proxies/{proxy} and setting the enabled field to false.

Limit a connection to a maximum number of kilobytes per second.

Delay the TCP socket from closing until delay has elapsed.

Stops all data from getting through, and closes the connection after timeout. If timeout is 0, the connection won't close, and data will be delayed until the toxic is removed.

Slices TCP data up into small bits, optionally adding a delay between each sliced "packet".

All communication with the Toxiproxy daemon from the client happens through the HTTP interface, which is described here.

Toxiproxy listens for HTTP on port 8474.

To change a proxy's name, it must be deleted and recreated.

Changing the listen or upstream fields will restart the proxy and drop any active connections.

If listen is specified with a port of 0, toxiproxy will pick an ephemeral port. The listen field in the response will be updated with the actual port.

If you change enabled to false, it will take down the proxy. You can switch it back to true to reenable it.

All endpoints are JSON.

Proxies can be added and configured in bulk using the /populate endpoint. This is done by passing an json array of proxies to toxiproxy. If a proxy with the same name already exists, it will be compared to the new proxy and replaced if the upstream and listen address don't match.

A /populate call can be included for example at application start to ensure all required proxies exist. It is safe to make this call several times, since proxies will be untouched as long as their fields are consistent with the new data.

How fast is Toxiproxy? The speed of Toxiproxy depends largely on your hardware, but you can expect a latency of < 100µs when no toxics are enabled. When running with GOMAXPROCS=4 on a Macbook Pro we achieved ~1000MB/s throughput, and as high as 2400MB/s on a higher end desktop. Basically, you can expect Toxiproxy to move data around at least as fast the app you're testing.

Can Toxiproxy do randomized testing? Many of the available toxics can be configured to have randomness, such as jitter in the latency toxic. There is also a global toxicity parameter that specifies the percentage of connections a toxic will affect. This is most useful for things like the timeout toxic, which would allow X% of connections to timeout.

I am not seeing my Toxiproxy actions reflected for MySQL. MySQL will prefer the local Unix domain socket for some clients, no matter which port you pass it if the host is set to localhost. Configure your MySQL server to not create a socket, and use 127.0.0.1 as the host. Remember to remove the old socket after you restart the server.

Toxiproxy causes intermittent connection failures. Use ports outside the ephemeral port range to avoid random port conflicts. It's 32,768 to 61,000 on Linux by default, see /proc/sys/net/ipv4/ip_local_port_range.

Should I run a Toxiproxy for each application? No, we recommend using the same Toxiproxy for all applications. To distinguish between services we recommend naming your proxies with the scheme: <app>_<env>_<data store>_<shard>. For example, shopify_test_redis_master or shopify_development_mysql_1.