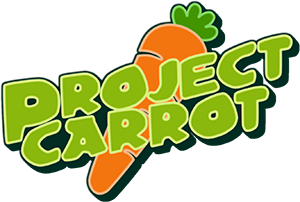 Project Carrot is a slowly progressing spiritual clone of the engine for Jazz Jackrabbit 2. You can discuss it here.

If you are planning to use a compiler different than one listed below, make sure it is sufficiently C++14 compliant as the codebase utilizes many of the more modern C++ features.

The suggested development environment, as well as the primary environment the code is written on, is Microsoft Visual Studio 2015. MSVC Windows build status is automatically evaluated at AppVeyor.

If using Visual Studio, configure the Qt paths with the MSVS plugin and set the appropriate values for the SFML_DIR, BASS_DIR, and BASS_FX_DIR user macros in the user property sheets (Microsoft.Cpp.Win32.user and Microsoft.Cpp.x64.user). These are global to all projects you compile with Visual Studio, so if you are going to compile the related Project Carrot projects, you don't have to add these for them separately. Alternatively, setting these as environment variables should work as well.

GCC 5.3 or above and Clang 3.7 or above are provisionally supported and builds on the listed versions are automatically evaluated at Travis CI.

Download and extract the BASS and BASS FX Linux archives from their homepage and set Set the BASS_DIR and BASS_FX_DIR to point into that directory, and also add them to your CPATH. Additionally, install the other dependencies if you haven't done so already. Then, configure and build the project, using the spec value corresponding to the compiler in use.

For example, a full set of commands that should get you started on a fresh Ubuntu Xenial installation:

Assuming you got through these steps without any errors, you should now have an executable file called CarrotQt5 in the Release folder almost ready to go. The only thing left to do is to copy over the asset, level, music and tileset files you converted with the other tools.

If in doubt, take a look at the Travis configuration file and see if it can help you.

Project Carrot can be compiled and run on macOS. You can either use Qt tools directly from the command line or use the included Xcode project, though at the moment neither of these approaches is fully bullet-proof.

First, make sure you have Xcode and Homebrew installed. Then, follow this script:

Following these steps should leave you with a bundle in the Release folder that you can run. The caveat to this approach is that the bundle completely lacks identity and at this time it is not clear what would be the best practice for generating a coherent Info.plist file to fix that. (Copying as-is the existing stub, used by Xcode, will just break the application.) If it was known, it'd go somewhat like

Due to the compilation being tightly woven with the Qt project files, the advantage of this method is that all builds that work on Linux (that is, hopefully all of them) also work with this method. Barring rare exceptions that involve OS-specific code bits, of course.

The repository also contains an Xcode project that can be used to build Project Carrot. However, keeping these project files up to date would need a lot of unnecessary shuffling whenever any work was done in the main environment (VS in Windows), so for most of the time, the Xcode project will likely not compile. Please check out the branch xcode-master if you want to compile with Xcode and don't mind missing the latest features.

Make sure you have Xcode and Homebrew installed, install Qt, SFML and BASS as above and open the project. Some filenames in the project might use hard-coded paths with too narrow assumptions about where files can be. This is sometimes unavoidable; you'll need to fix those for your own set-up first.

Building with Xcode has the advantage that you don't need to deal with all the command line mumbo jumbo but can instead compile the whole thing by just clicking a button. The Xcode build also sets up the bundle properly so that it has its proper name, icon and other metadata.

Ideally, qmake's tool that generates the project from the Qt .pro file (as was used) would also be able to update an existing project. Alas, it doesn't appear to be able to do so.

So, if you are going to deploy a new version to the world (= be me), use Xcode; otherwise best to stick to command line unless you really know what you're doing.

To be able to run Project Carrot, you are required to extract the Jazz Jackrabbit 2 assets from the Anims.j2a file in its installation folder. A tool specifically targeting Project Carrot, PCAE, will automate this task for you, not only dumping the graphics and sounds but also assigning them an uniform name independent of their location inside the file itself. Those files should be moved to Data\Assets relative to the project root or the compiled executable. It is safe to merge that folder to the one in this repository, as the filetypes output by PCAE are excluded automatically and so should not end up in any potential commits later on.

You should also convert some tilesets and levels for yourself. PCTC and PCLC do this for you; make sure you always convert the levels with the latest version of PCLC for highest level of compatibility with the latest Project Carrot builds. As for music, you should convert the J2B files manually for now to a more compatible format, such as .it, for example with OpenMPT on Windows. After converting the levels, make sure the filename in the config.ini file for each level corresponds exactly to a file in the music folder.

Put the level folders into a folder called Levels right under the Project Carrot root folder, creating it if it likely doesn't exist. Same applies to tileset folders, which go to Tilesets, and music files, which go to Music.

On Windows, you must put the relevant DLL files for Qt, SFML and BASS into a location the application could expect to find them from, for example right into the same folder as the executable itself. On Linux, as long as both Qt 5 and SFML libraries have been installed, you only need to copy libbass.so and libbass_fx.so to the same folder as the executable.

This software is licensed under the MIT License. See the included LICENSE file for the licenses of the third-party libraries used.