Blazing fast neuro-evolution & backpropagation for the browser and Node.js

Neataptic offers flexible neural networks; neurons and synapses can be removed with a single line of code. No fixed architecture is required for neural networks to function at all. This flexibility allows networks to be shaped for your dataset through neuro-evolution, which is done using multiple threads.

Neataptic also backpropagates more than 5x faster than competitors. Run the tests yourself. This is an example of regular training in Neataptic:

Use any of the 6 built-in networks with customisable sizes to create a network:

Or built your own network with pre-built layers:

You can even built your network neuron-by-neuron using nodes and groups! 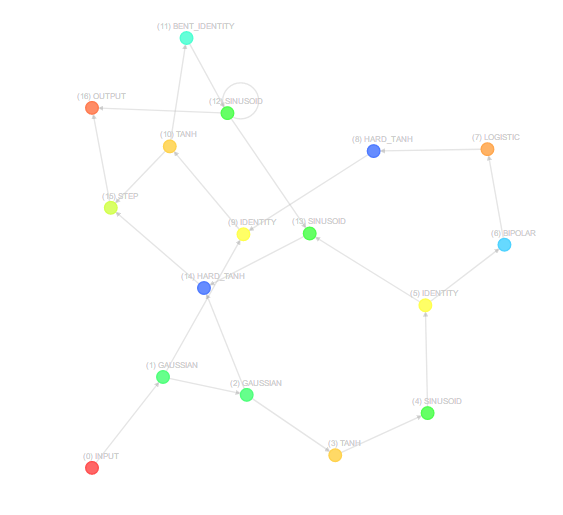 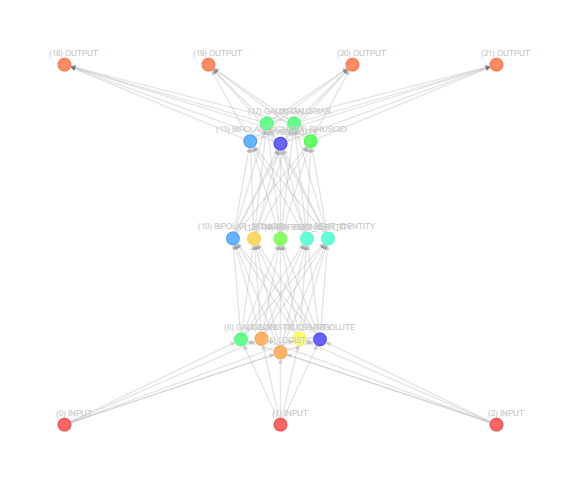 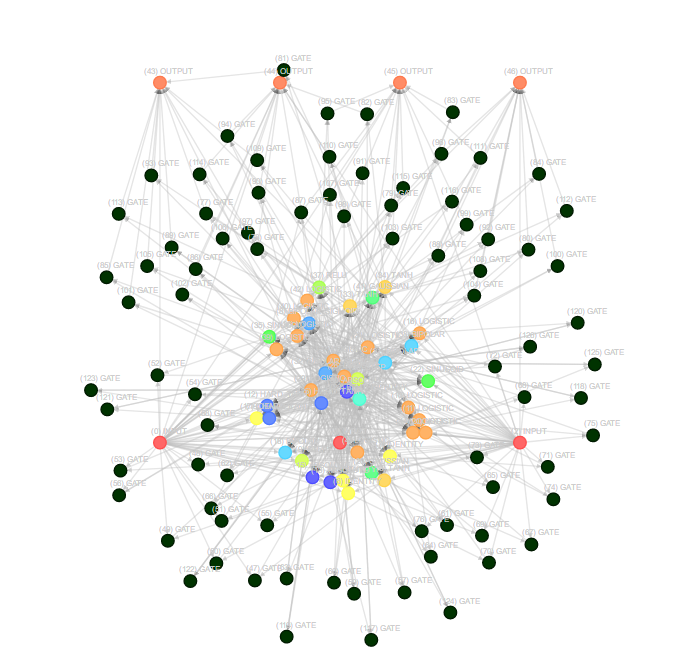 Neural networks can be used for nearly anything; driving a car, playing a game and even to predict words! At this moment, the website only displays a small amount of examples. If you have an interesting project that you want to share with other users of Neataptic, feel free to create a pull request!

Neataptic files are hosted by rawgit, just copy this link into the <head> tag:

Installing with node is also possible:

Make sure you have Node.js v7.6 or higher installed!

Parts of Synaptic where used to develop Neataptic.

The neuro-evolution algorithm used is the Instinct algorithm.

You made it all the way down! If you appreciate this repo and want to support the development of it, please consider donating

Blazing fast neuro-evolution & backpropagation for the browser and Node.js