Music collaboration in the browser!

NINJAM is a client/server software originally released in 2005 as a way for musicians to collaborate (by jamming!) over the Internet.

Ninjam JS is built using web technologies (JavaScript, HTML, CSS) and acts as a NINJAM client, connecting to servers just like the official C++ client. It can run as a standalone application using Electron, as a Chrome App, or (almost) as a packaged app for Firefox OS.

Ninjam JS is still a work in progress. The current code is capable of connecting to servers, sending and receiving chat messages (including votes), listening to audio channels from other users, and transmitting audio.

You can install Ninjam JS using Chrome, Chromium, or Chrome OS by clicking below here:

Or, you can download an installer for Windows, OSX, or Linux from the Releases page. 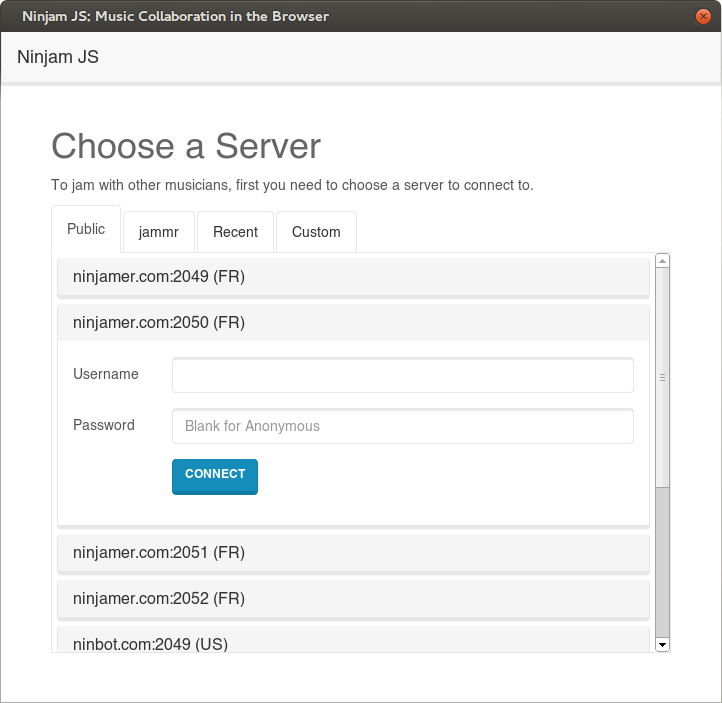 Jamming on a server 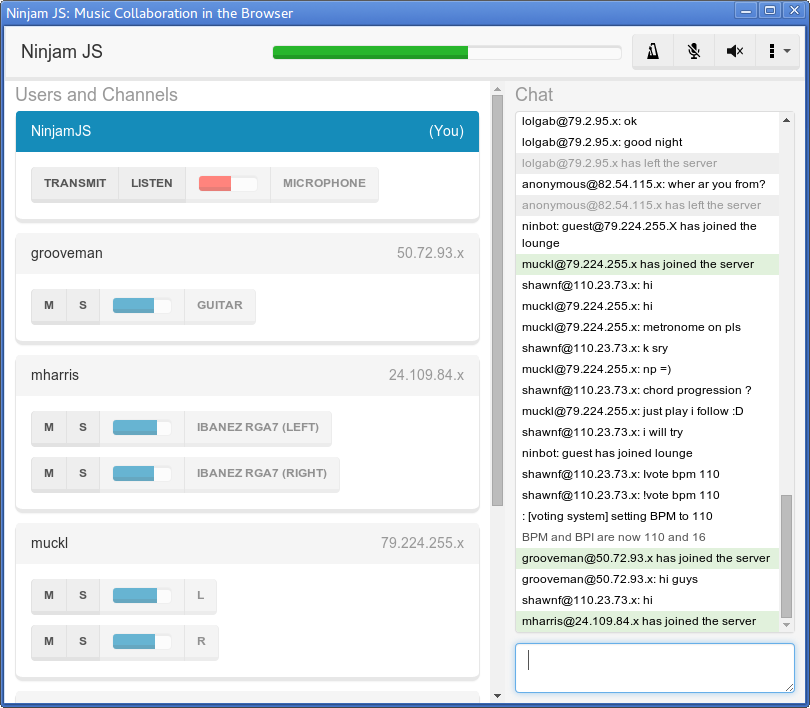 Run npm install from the project root to install node dependencies. This will also invoke npm install in the app/ directory automatically.

To build and run the app locally:

This starts a process which performs an initial build (populating the app/build/ directory if it isn't already) and continuously watches for changes, rebuilding individual assets as needed.

To just build the application once without starting the watcher, run npm run make-dist instead.

Once a build has been made, open another terminal and launch the application using Electron: